Delegates from across Africa launched Monday in Rwanda the first continent-wide gathering about the role of protected areas in ensuring the future of our planet.. The Kigali gathering runs until July 23 and has attracted more than 2,000 participants from across Africa and beyond, according to organisers. txw/amu/bp

Delegates from across Africa launched Monday in Rwanda the first continent-wide gathering about the role of protected areas in ensuring the future of our planet.

The IUCN Africa Protected Areas Congress (APAC) is being held just a few months before the COP15 summit in December when global leaders are aiming to adopt a much-delayed pact to shield nature from the damage wrought by human activity.

"Protected areas are critical for the survival of the planet," International Union for Conservation of Nature (IUCN) director general Bruno Oberle said on the opening day of the talks in the capital Kigali.

"And the more we manage them for the benefit of people and nature,the more we will build a future where everyone -- human and animal -- thrives," he said on Twitter.

"It is high time that African policymakers put in place strong measures and strategies to ensure that the devastation of our rich biodiversity is stopped," Rwandan Prime Minister Edouard Ngirente said.

Last month, the UN Convention on Biological Diversity's (CBD) 196 members held negotiations on the draft global biodiversity framework in Nairobi, but made only limited progress in ironing out differences.

At the heart of the COP15 draft treaty is a provision to designate 30 percent of Earth's land area and oceans as protected zones by 2030.

More than 90 world leaders have signed a pledge over the past two years to reverse nature loss by then, saying the interconnected threats of biodiversity loss and climate change are a "planetary emergency".

According to the most recent Protected Planet report by the UN Environment World Conservation Monitoring Centre, only 17 percent of land habitats and around seven percent of marine areas were protected by 2020.

One million species are threatened with extinction, according to UN experts, and global warming is on track to make large swathes of the planet unliveable.

UN biodiversity experts warned this month that rampant exploitation of nature is a threat to the well-being of billions of people across the world who rely on wild species for food, energy and income.

The Kigali gathering runs until July 23 and has attracted more than 2,000 participants from across Africa and beyond, according to organisers. 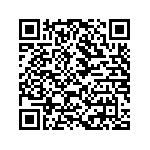