After artillery bombardment killed nine people in Iraq's autonomous Kurdistan region, Baghdad called for a withdrawal of Turkish forces and said Ankara should handle its "domestic problems" with PKK rebels far from Iraq's borders.. - Baghdad wants Turkish forces out of its territory, but for this to happen, Fazil said Ankara "might require the Iraqi government to expel the PKK".

But with Turkey a regional economic, military and diplomatic power, can a weakened Iraq extricate itself from the decades-old war between Ankara and Kurdish rebels?

AFP looks at what's at stake:

- What is the Turkish presence? -

For the past 25 years, the Turkish army has maintained about 40 outposts across Iraq's Kurdish north, where it has carried out several operations against the Kurdistan Workers' Party (PKK), which Ankara and its Western allies list as a "terrorist" organisation.

The rebels have kept up a deadly insurgency for Kurdish self-rule in southeastern Turkey since 1984. They rely on rear bases and training camps hidden in the mountains of Iraqi Kurdistan.

Turkey also considers the Kurdish People's Protection Units (YPG) in neighbouring Syria an extension of the PKK and has launched offensives there as well.

"Since 2020, Turkey's air strikes and military ground operations against the PKK in northern Iraq have intensified," said Shivan Fazil, of the Stockholm International Peace Research Institute.

Figures are hard to verify but open sources indicate Turkey has "a permanent deployment of 5,000–10,000 soldiers in Iraqi territory," according to analysis by Salim Cevik published by the German Institute for International and Security Affairs.

"Today, most military conflicts between Turkey's army and the PKK take place on Iraqi and Syrian soil," Cevik wrote, noting that "the use of drones in particular has appeared to be very effective in limiting the PKK's logistics and manoeuvrability in the region."

Civilians get caught in the crossfire, including on Wednesday when the nine -- including women and children -- were killed.

Iraq blamed Turkey, which denied its troops were responsible and accused the PKK.

"Shelling and bombing have repeatedly resulted in civilian casualties, destruction of homes and livelihoods, triggering the displacement of villagers," said Fazil.

- What are the wider implications? -

Baghdad wants Turkish forces out of its territory, but for this to happen, Fazil said Ankara "might require the Iraqi government to expel the PKK".

"Does the Iraqi government have the capacity to reassert that kind of territorial sovereignty over its borders and expel armed non-state actors?" asked Fazil.

Iraq has only a caretaker government, as nine months after elections political parties have been unable to agree on forming a new administration. The country is beset by corruption and trying to overcome decades of war and unrest.

The issue has ramifications far beyond Iraq's borders. NATO member Turkey has demanded the extradition of dozens of suspected "terrorists" from Finland and Sweden in order for it to ratify their membership bids in the alliance.

Turkey is also threatening a new offensive against the People's Protection Units in Syria. They are the  main component of the autonomous Kurds' de facto army, the Syrian Democratic Forces (SDF), which provided crucial assistance to a US-led coalition against jihadists of the Islamic State group.

The angry demonstrations that erupted in Iraq after the nine civilians died also touched on another source of tension. Iraqis blame Turkey's dams for reducing the flow of water into the rivers of their parched country.

"I think that the public anger will result in a goods and travel boycott, but I don't think it will be long-lasting so long as more Iraqis don't die," she said, noting the consumer-driven economic relationship between the two countries.

"Iraqis are the second-largest group of foreign homeowners in Turkey."

In Iraqi Kurdistan, combat has moved away from the border deeper into Iraqi territory and populated areas.

But it is difficult for the region to blame Ankara, given their important economic ties -- especially the need for oil from Iraqi Kurdistan to pass through Turkish pipelines on the way to export markets.

There are also tensions between the Kurdish Democratic Party (KDP), whose stronghold is the regional capital Arbil, and the PKK.

"The PKK accuse the KDP of assisting Turkey's operations," the researcher said, while the latter insists the rebels' presence in the Kurdistan region of Iraq "invites Turkey's attacks." 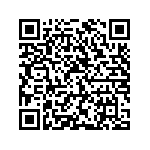