Three people were killed Sunday in a rare shooting at a university in the Philippine capital Manila, officials said, in what appears to have been a targeted assassination. . - A political family - School and university shootings are rare in the Philippines despite its lax gun rules.

Three people were killed Sunday in a rare shooting at a university in the Philippine capital Manila, officials said, in what appears to have been a targeted assassination.

The incident happened at Ateneo de Manila University as law students and their families arrived for a graduation ceremony that was to be attended by the Supreme Court chief justice.

Rose Furigay, a former city mayor in the restive southern province of Basilan and whose daughter was among the graduates, was killed, authorities said.

Her daughter was wounded and is in a "stable condition" in hospital, police said.

"We are quite distraught and bereaved by this occurrence," Joy Belmonte, the mayor of a local government unit where the shooting happened, told AFP.

The alleged gunman fled the scene by forcing a driver out of their vehicle, before abandoning it and continuing his getaway in a jeepney, police said.

He was eventually detained near a church. 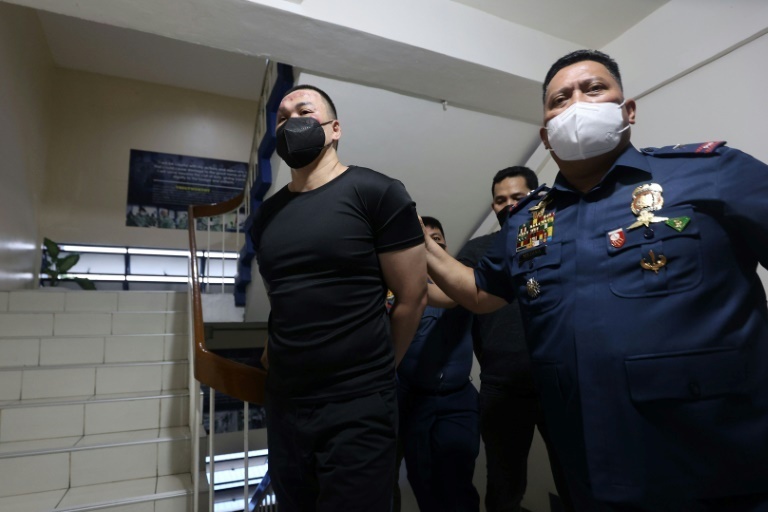 Police recovered two handguns and a silencer allegedly used by the suspect, who they identified as Chao-Tiao Yumol and said had a "long history" of legal disputes with Furigay.

Yumol was on bail for a cyberlibel charge.

"This looks to be a determined assassin," Police Brigadier General Remus Medina told reporters, describing the incident as "isolated".

Yumol, with abrasions on his face, was presented by police to reporters.

He accused Furigay of being a "drug lord". 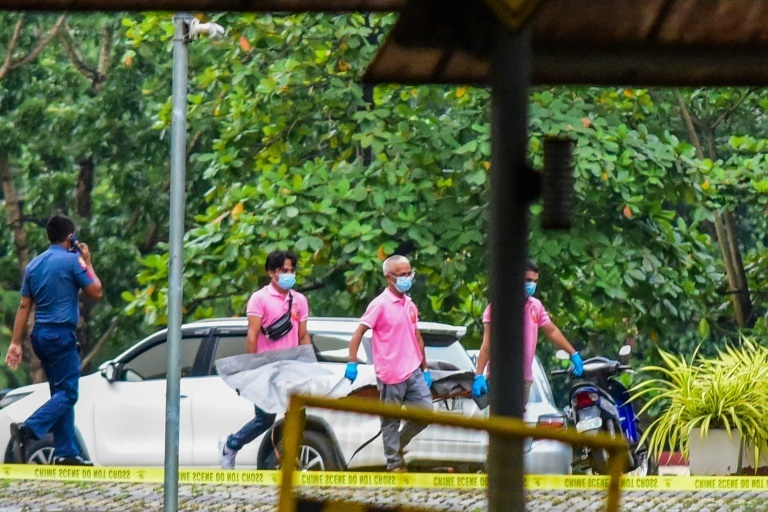 School and university shootings are rare in the Philippines despite its lax gun rules. But targeted killings of politicians are fairly common, particularly during elections.

Furigay, whose family dominates politics in Lamitan City, served three terms as mayor and was prevented by the constitution from seeking re-election in the May 9 polls.

She was succeeded by her husband, who had held the position before her -- a common occurrence in the Philippines where powerful clans hand positions from one family member to another to maintain their influence.

In a statement, the university condemned the shooting and said it had "robbed the members of the Law School class of 2022 of what was supposed to be a joyous celebration."

Supreme Court Chief Justice Alexander Gesmundo was the guest speaker for the event, but he was still travelling to the university when the shooting happened, a court spokesperson said.

The incident happened on the eve of President Ferdinand Marcos Jr's first State of the Nation address, in which he is expected to present his plan for reviving the economy and tackling inflation.

Marcos Jr expressed shock at the incident and said law enforcement agencies would "thoroughly and swiftly investigate these killings and bring all involved to justice". Fear and defiance for families of Philippine drug war dead