Way up in the snowy Alps, the border between Switzerland and Italy has shifted due to a melting glacier, putting the location of an Italian mountain lodge in dispute.. But now two-thirds of the lodge, including most of the beds and the restaurant, is technically perched in southern Switzerland.

Way up in the snowy Alps, the border between Switzerland and Italy has shifted due to a melting glacier, putting the location of an Italian mountain lodge in dispute.

The borderline runs along a drainage divide -- the point at which meltwater will run down either side of the mountain towards one country or the other.

But the Theodul Glacier's retreat means the watershed has crept towards the Rifugio Guide del Cervino, a refuge for visitors near the 3,480-metre (11,417-foot) Testa Grigia peak -- and it is gradually sweeping underneath the building.

Frederic, a 59-year-old tourist, opens the narrow wooden door to enter the refuge's restaurant, the light flooding in from outside.

The menu is in Italian, not German, and priced in euros rather than Swiss francs. Nonetheless, at the counter, he orders a slice of pie and asks: "So -- are we in Switzerland or in Italy?"

It is a question worth asking as it has been the subject of diplomatic negotiations that started in 2018 and concluded with a compromise last year -- but the details remain secret.

- Sleeping on the Swiss side -

When the refuge was built on a rocky outcrop in 1984, its 40 beds and long wooden tables were entirely in Italian territory. 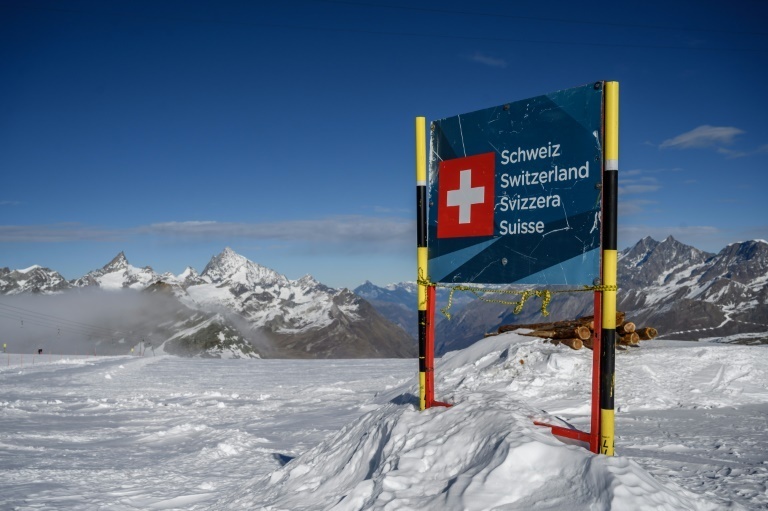 But now two-thirds of the lodge, including most of the beds and the restaurant, is technically perched in southern Switzerland.

The issue has come to the fore because the area, which relies on tourism, is located at the top of one of the world's largest ski resorts, with a major new development including a cable car station being constructed a few metres away.

An agreement was hammered out in Florence in November 2021 but the outcome will only be revealed once it is rubber-stamped by the Swiss government -- which will not happen before 2023.

His job includes looking after the 7,000 boundary markers along landlocked Switzerland's 1,935-kilometre border with Austria, France, Germany, Italy and Liechtenstein.

Wicht attended the negotiations, where both parties made concessions to find a solution. "Even if neither side came out winners, at least nobody lost", he said.

Where the Italian-Swiss border traverses Alpine glaciers, the frontier follows the watershed line.

But the Theodul Glacier lost almost a quarter of its mass between 1973 and 2010. That exposed the rock underneath to the ice, altering the drainage divide and forcing the two neighbours to redraw around a 100-metre-long stretch of their border. 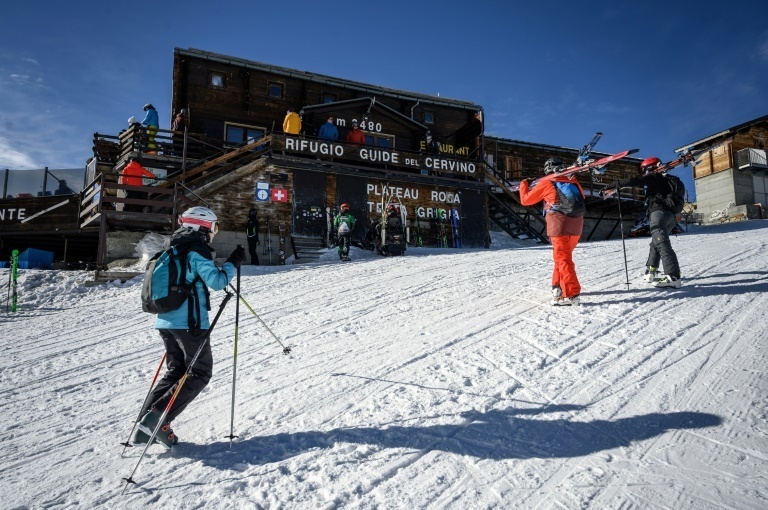 Wicht said that such adjustments were frequent and generally settled by comparing readings by surveyors from the border countries, without getting politicians involved.

"We are squabbling over territory that isn't worth much," he said. But he added that this "is the only place where we suddenly had a building involved", giving "economic value" to the land.

His Italian counterparts declined to comment "due to the complex international situation".

In this case, "Switzerland is not interested in obtaining a piece of glacier," he explained, and "the Italians are unable to compensate for the loss of Swiss surface area".

While the outcome remains secret, the refuge's caretaker, 51-year-old Lucio Trucco, has been told it will stay on Italian soil.

"The refuge remains Italian because we have always been Italian," he said. 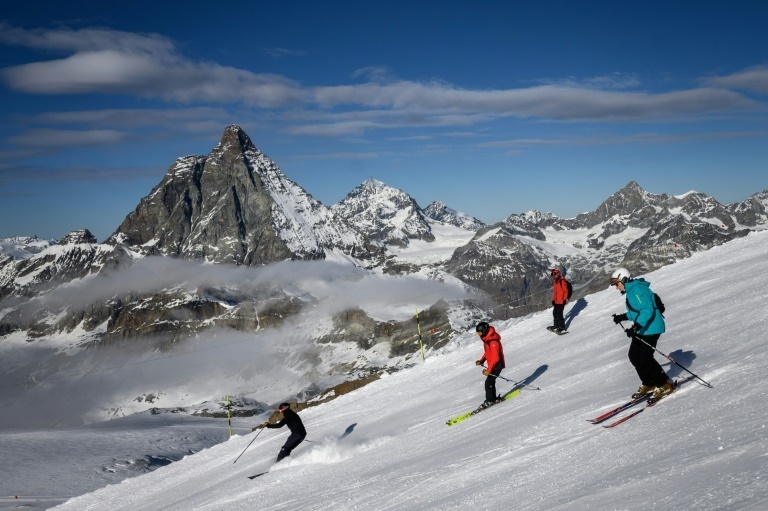 The years of negotiation have delayed the refuge's renovation -- the villages either side of the border have not been able to issue a building permit.

The works will therefore not be completed in time for the scheduled opening of a new cable car up the Italian side of the Klein Matterhorn mountain in late 2023.

The slopes are only accessible from the Swiss ski resort of Zermatt.

While some mid-altitude resorts are preparing for the end of Alpine skiing due to global warming, skiing is possible throughout the summer on the Zermatt-Cervinia slopes, even if such activities contribute to the glacier's retreat.

"That's why we have to enhance the area here because it will surely be the last one to die," said Trucco.

For now, on Swisstopo's maps, the solid pink band of the Swiss border remains a dashed line as it passes the refuge. 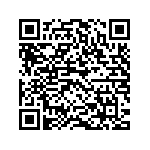