Anxious residents slept outside after hundreds of aftershocks rattled the earthquake-hit northern Philippines, locals said Thursday, as President Ferdinand Marcos Jr inspected damage in the region. . Marcos Jr, who took office last month, arrived in Bangued on Thursday to inspect the damage and discuss the response effort with government, military and disaster officials.

Five people were killed and more than 150 injured when a 7.0-magnitude quake struck the lightly populated province of Abra on Wednesday morning, authorities said.

The powerful quake rippled across the mountainous area, toppling buildings, triggering landslides and shaking high-rise towers hundreds of kilometres away in the capital Manila.

"Many slept outside last night, almost every family."

Some families have been given modular tents to stay in. Marcos Jr has urged people to wait for their homes to be inspected before moving back.

Hundreds of buildings were damaged or destroyed, roads were blocked by landslides, and power was knocked out in affected areas.

But in Abra, which felt the full force of the quake, overall damage had been "very minimal", police chief Colonel Maly Cula told AFP.

"We don't have a lot of people in evacuation sites, although many people are staying in the streets because of the aftershocks," Cula said.

"Abra is back to normal."

Marcos Jr, who took office last month, arrived in Bangued on Thursday to inspect the damage and discuss the response effort with government, military and disaster officials.

More than 800 aftershocks have been recorded since the quake hit, including 24 that were strong enough to feel, the local seismological agency said.

Aftershocks were expected to continue for "several weeks", Renato Solidum, director of the Philippine Institute of Volcanology and Seismology, told a briefing presided over by Marcos Jr.

There would be "a lot" in the first three days, then "hopefully it will decline afterwards", he said.

Governor Jeremias Singson told TV broadcaster Teleradyo that 460 buildings in the province had been affected, including the Bantay Bell Tower, which partially crumbled.

After visiting Vigan on Thursday, Senator Imee Marcos, the president's elder sister, said the damage to old churches in the city was "overwhelming". 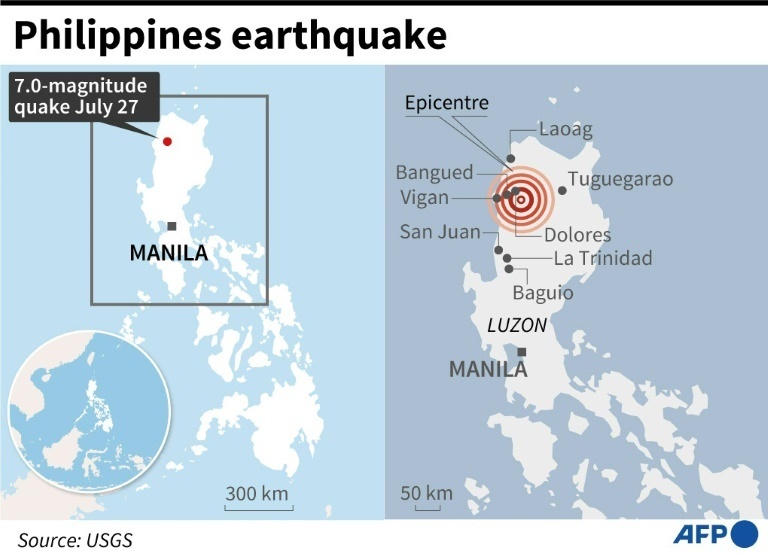 The Philippines is regularly rocked by quakes due to its location on the Pacific "Ring of Fire", an arc of intense seismic activity that stretches from Japan through Southeast Asia and across the Pacific basin.

Wednesday's quake was one of the strongest recorded in the Philippines in recent years and was felt across swathes of Luzon island, the most populous in the archipelago.

In October 2013, a magnitude 7.1 earthquake struck Bohol Island in the central Philippines, killing more than 200 people and triggering landslides.

Old churches in the birthplace of Catholicism in the Philippines were badly damaged. Nearly 400,000 were displaced and tens of thousands of houses were damaged.

The powerful quake altered the island's landscape and a "ground rupture" pushed up a stretch of earth by about three metres, creating a wall of rock above the epicentre.

In 1990, a 7.8-magnitude earthquake in the northern Philippines created a ground rupture stretching over a hundred kilometres.

Fatalities were estimated at more than 1,200, with major damage to buildings in Manila. 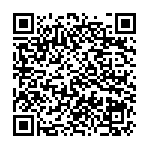