Flash flooding caused by torrential rains has killed at least three people in eastern Kentucky and left some residents stranded on rooftops and in trees, the governor of the southeastern US state said Thursday.

The governor said at least three flood-related deaths had been confirmed so far, including an 81-year-old woman in Perry County, and he expects "double digit deaths."

"There are a lot of people in eastern Kentucky on top of roofs waiting to be rescued," Beshear said. "We even have some people in trees hanging on, waiting for rescue."

Many roads resembled rivers, mangled cars littered the landscape and muddy brown floodwaters lapped against the rooftops of low-lying houses in the state's Appalachian region. 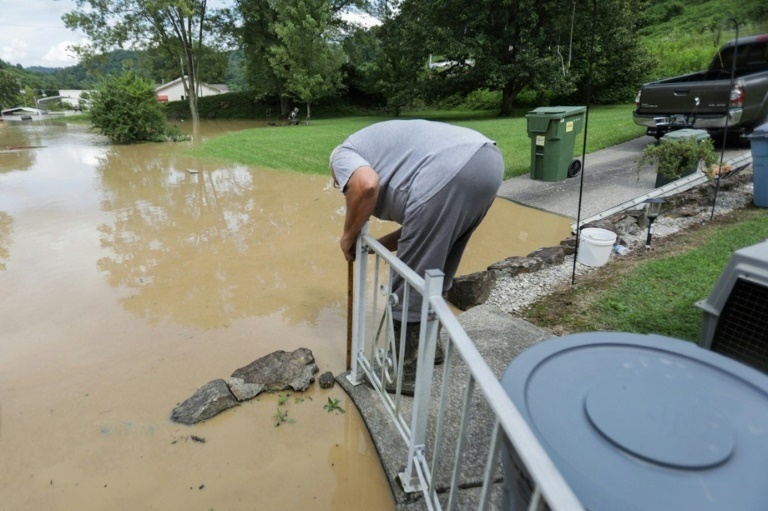 Some areas reported receiving more than eight inches (20 centimeters) of rain in a 24-hour period.

The North Fork of the Kentucky River at Whitesburg, usually one to two feet deep at this time of year, rose to a staggering 20 feet, well above its previous record of 14.7 feet.

The governor said a state of emergency had been declared in half a dozen counties, and four National Guard helicopters have been deployed to help with rescue efforts.

The Kentucky Department of Fish and Wildlife had deployed Zodiac boats to carry out water rescues.

"There's a lot of people out there who need help," Beshear said. "And we're doing the very best we can to reach each and every one of them. 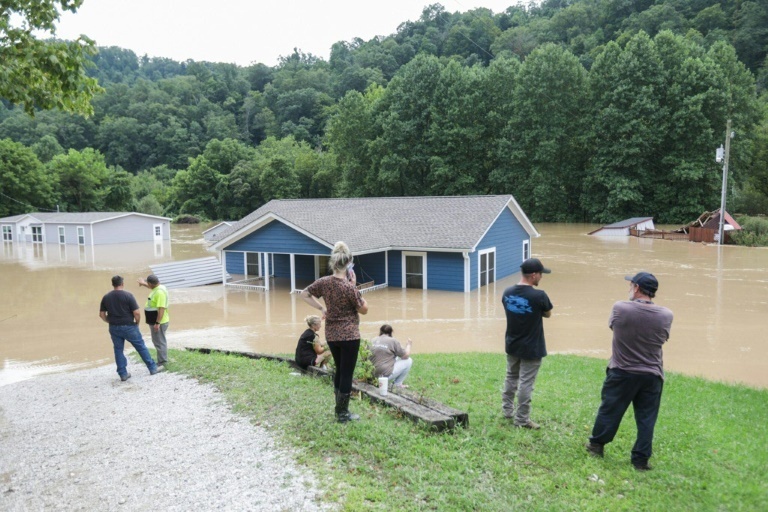 "The situation right now is tough," he added.

"Hundreds will lose their homes and this is going to be yet another event that it's going to take not months, but likely years for many families to rebuild and recover from," he said.

Jean-Pierre said Deanne Criswell, head of the Federal Emergency Management Agency, would travel to Kentucky on Friday and report back to the president. 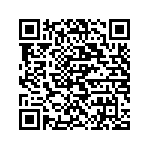