Moscow and Kyiv on Friday accused each other of bombing a jail holding Ukrainian prisoners of war in Russian-held territory, with Russia saying 40 prisoners and eight prison staff were killed.. - 'Petrifying war crime' - Following the strike on the prison, Russian state-television showed what appeared to be destroyed barracks and tangled metal beds but no casualties could be seen.

Moscow and Kyiv on Friday accused each other of bombing a jail holding Ukrainian prisoners of war in Russian-held territory, with Russia saying 40 prisoners and eight prison staff were killed.

Russia's defence ministry said the Ukrainian strikes were carried out with US-supplied long-range missiles, in an "egregious provocation" designed to stop soldiers surrendering.

It said that among the dead were Ukrainian forces that had laid down their arms after repelling Moscow's assault on the sprawling Azovstal steel works in Mariupol.

The claims came as President Volodymyr Zelensky visited a port in southern Ukraine to oversee a ship being loaded with grain for export under a UN-backed plan aimed at ending a food crisis.

Ukraine's presidency said exports could start in the "coming days" under the plan aimed at getting millions of tonnes of Ukrainian grain stranded by Russia's naval blockade to world markets.

Following the strike on the prison, Russian state-television showed what appeared to be destroyed barracks and tangled metal beds but no casualties could be seen.

Ukraine's military denied carrying out the attack saying its forces "did not launch missile and artillery strikes in the area of Olenivka settlement."

It instead blamed Russia's invading forces for "a targeted artillery shelling" on the detention facility, saying it was being used to "accuse Ukraine of committing 'war crimes', as well as to hide the torture of prisoners and executions".

Ukraine's forces in May ended a weeks-long siege of Azovstal, with around 2,500 combatants surrendering after calling a halt to their first resistance.

Moscow's state media has reported that some officers -- including those from the controversial Azov regiment -- have been taken into Russia.

Kyiv says it has captured thousands of Russian troops during the invasion and has begun putting some on trial for alleged war crimes.

A Ukrainian court on Friday reduced the life sentence handed to a Russian soldier in May for pre-meditated murder in the country's first war crimes trial, instead jailing the serviceman for 15 years.

Russian strikes elsewhere in Ukraine killed five people and wounded seven more on Friday on the heavily bombed city of Mykolaiv near the country's southern frontline, the regional governor said.

"They shot at another area near a public transport stop," governor Vitaliy Kim said in a statement on social media.

Mykolaiv, near the Black Sea, has seen roughly half of its estimated pre-war population of nearly 500,000 people leave and the city has been shelled daily for weeks.

It is the largest Ukrainian-controlled urban hub near the frontlines in the Kherson region, where Kyiv's army has launched a counter-offensive to regain control of the economically and strategically important coastal territory.

The Ukrainian presidency said Friday that Russian strikes on the city a day earlier had struck a humanitarian aid distribution point and injured three people.

The ceaseless violence on the ground comes as Ukraine looks to push ahead with restarting crucial grain exports under a plan brokered by Turkey and the United Nations to lift Russia's Black Sea naval blockade.

Ukraine's presidency released footage of Zelensky standing in front of Turkish ship Polarnet in the port of Chornomorsk on a visit to inspect grain being loaded. 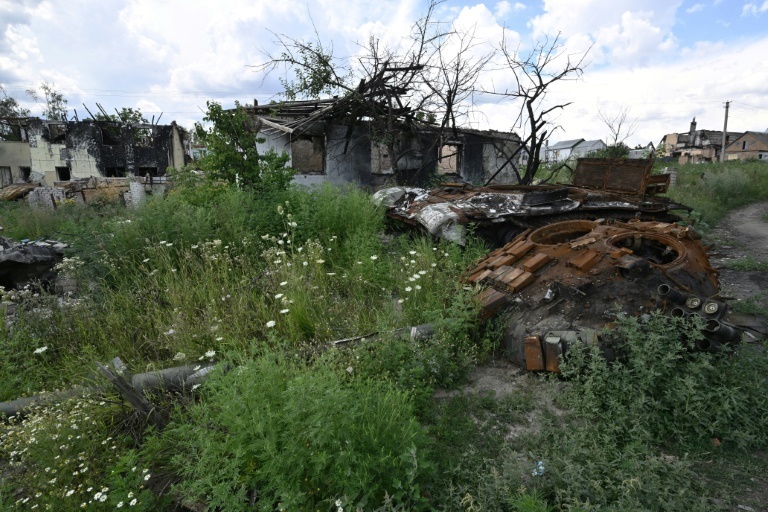 "The first vessel, the first ship is being loaded since the beginning of the war," Zelensky said in a statement.

Zelensky said Kyiv was "waiting for a signal" from Ankara and UN to start exports that it is hoped will help mitigate a global food crisis that has seen prices soar.

The hike in food costs is just one of the shock waves that Moscow's war in Ukraine has sent reverberating around the world.

Energy prices have also risen dramatically as Moscow has cut gas supplies to Europe and the turbulence has wracked the oil markets. 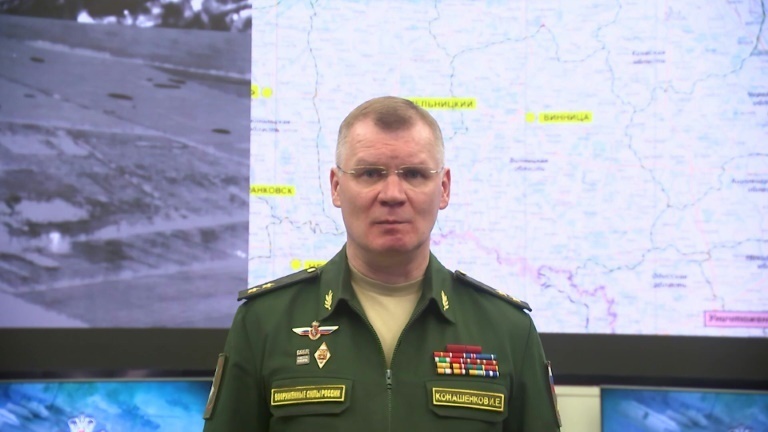 The French presidency said that leader Emmanuel Macron and Saudi Crown Prince Mohammed bin Salman had agreed to work together to limit the impact of the war at talks in Paris.

Macron took the meeting despite fierce criticism from rights groups in a bid to get major crude producer Saudia Arabia to up its production.