The case dates back to 2014 when a disgruntled founding member of Pakistan Tehreek-e-Insaf (PTI) filed a case against his party leadership accusing it of financial irregularities.

The Election Commission Pakistan found that Khan's party concealed 16 bank accounts and accepted donations from foreigners or foreign groups based in Australia, Canada, the UAE and the Cayman Islands.

The commission also said that financial details submitted by Khan were "found to be grossly inaccurate".

Pakistan's Prime Minister Shehbaz Sharif -- who came into power in April after Khan's ouster -- said the commission's verdict showed "yet again that he (Khan) is a certified liar".

"(The) Nation should ponder over the implications of his politics funded by foreigners," Sharif said in a tweet Tuesday.

The party has denied the accusations.

"Overseas Pakistanis are the backbone of Pakistan's economy, and we would continue to rely on them for funding," Chaudhry told reporters.

Cricket star-turned-politician Khan swept into power in 2018 thanks to an electorate weary of the dynastic politics of the country's two major parties, with the popular former sports star promising to sweep away decades of entrenched corruption and cronyism.

But in April, he was kicked out following a no-confidence vote -- brought down in part by his failure to rectify the country's dire economic situation, including its crippling debt, shrinking foreign currency reserves and soaring inflation.

He also reportedly fell out with the country's powerful military.

Khan has since staged a series of rallies, touting a claim he was pushed out of office in a "foreign conspiracy" and heaping pressure on a coalition of former opposition parties now in power.

PTI has been sent a notice to explain the prohibited funds, or it can challenge the order in court.

The commission meanwhile could pursue confiscating the prohibited funds, while the government could take the case to the Supreme Court to ban Khan's PTI party.

However, legal expert Osama Malik said: "Politically it would not be an ideal precedent for one group of political parties to ban their rivals."

Both parties deny the claims. 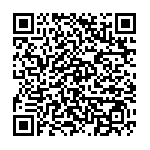