Pelosi's dramatic late-night arrival in Taipei, defying threats of reprisals by China, looks set to dominate the meeting of the Association of Southeast Asian Nations (ASEAN) in Phnom Penh, which had been due to focus on the bloody crisis in Myanmar.

Attention will focus instead on Chinese Foreign Minister Wang Yi and his American counterpart Antony Blinken -- both flying into the Cambodian capital for regional security talks with ASEAN on Thursday and Friday.

He told reporters ministers would try to find ways the bloc could help "so that the situation in Taiwan will be stable, that won't lead to a conflict and won't escalate the political heat between all concerned parties."

Late Tuesday, China vowed there would be "targeted military actions" in response to Pelosi's visiting the self-ruled island Beijing claims as part of its territory. 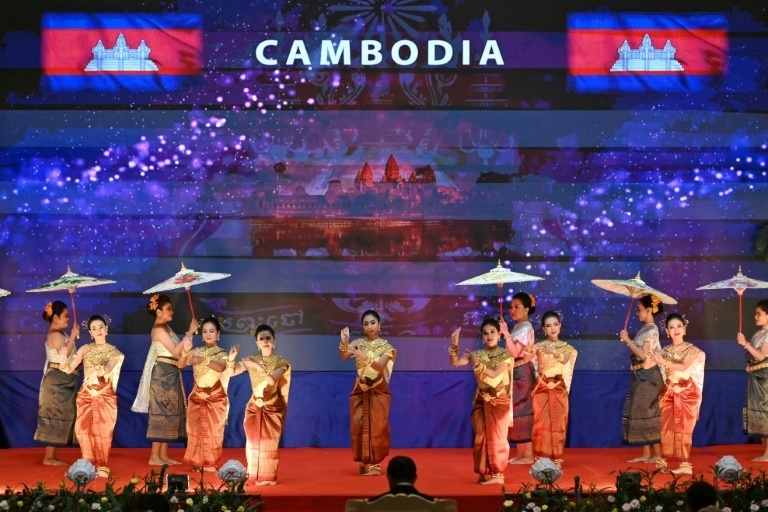 The 10-member bloc is split between countries with close ties to China, such as Myanmar, Cambodia and Laos, and others that are warier of Beijing and its growing international assertiveness.

The ministers -- meeting face-to-face for the first time since the pandemic -- are expected to lament the lack of progress on the bloc's "five-point consensus" plan agreed upon last year as a way out of Myanmar's conflict.

The country was plunged into violent turmoil when the military seized power last year, ousting Aun San Suu Kyi's civilian government, and the death toll from a junta crackdown has passed 2,100 according to local monitors.

The bloc last week condemned the military's execution of four prisoners, with some member states growing frustrated at the lack of progress. 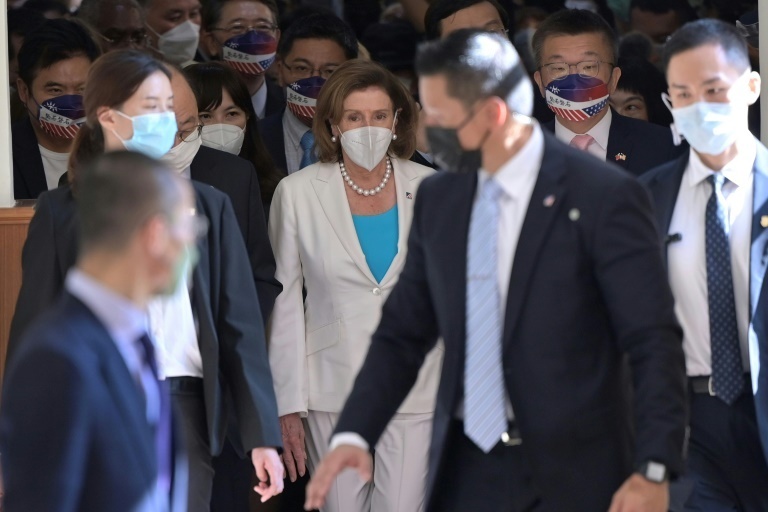 The five-point plan calls for an immediate end to violence and dialogue between the junta and coup opponents.

But after more than a year without progress, Malaysia has said it would present a framework for its implementation.

Myanmar itself will not be represented at the meeting after the other members said they would not accept a junta minister and the generals refused to send another official instead.

Some member states, led by Malaysia and the Philippines, are pushing to bar the military regime from sending ministers to any ASEAN meetings -- including November's summit -- until there is progress on the five-point plan.

In addition to Taiwan, the ongoing South China Sea tensions will be another hot-button issue on the agenda.

Beijing claims most of the sea -- with competing territorial assertions from Brunei, Malaysia, the Philippines, Taiwan and Vietnam. 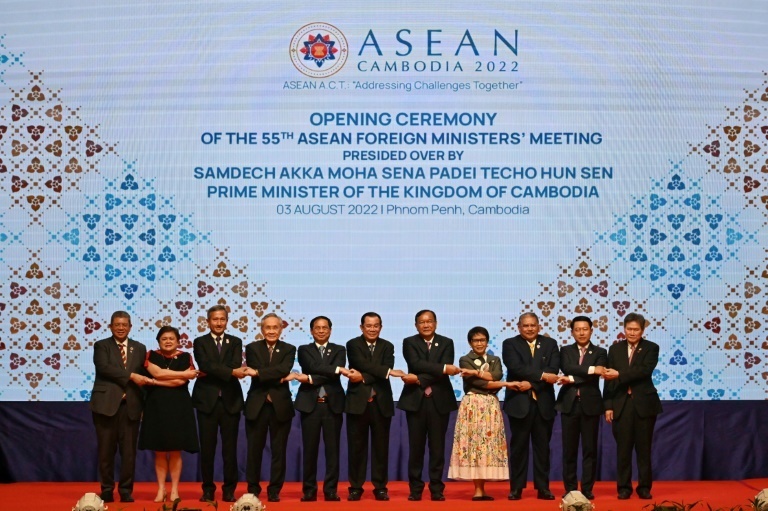 Cambodia -- a key Beijing ally -- last hosted ASEAN in 2012 and was accused of siding with China over the disputed and resource-rich waters, resulting in no communique being issued.

But based on the progress of a senior officials' meeting, Kung Phoak said he was confident a consensus could be reached and a joint statement released.

"I'm confident things are moving in the right direction. We're almost there," he said Tuesday.

Alongside Blinken and Wang, Russia's top diplomat Sergei Lavrov -- who landed in Myanmar for talks with the junta before travelling on to Cambodia -- and the European Union's Josep Borrell will attend meetings with ASEAN counterparts later in the week.

Ministers are expected to grapple with issues ranging from the Russian-Ukraine conflict to North Korea missile tests and regional security concerns. Biden to press Xi on N. Korea in G20 talks