Every time it rains, Blanca Arias in El Salvador and Sandra Ramos in Honduras fear that flooding will raze their precarious homes and leave their families destitute.. Now, every time a storm is forecast, they get ready to leave.

Every time it rains, Blanca Arias in El Salvador and Sandra Ramos in Honduras fear that flooding will raze their precarious homes and leave their families destitute. Again.

It is a fate that strikes all too often in parts of Central America and, experts say, ever more frequently and severely due to climate change.

And the region has many: from volcanic eruptions, drought and heat waves to regular flooding brought on by tropical storms and hurricanes.

In July this year, Tropical Storm Bonnie unleashed a downpour on San Salvador, flooding Arias's humble dwelling and many others built in a ravine in the capital's southeast.

Her house was left "in ruins," Arias told AFP, and she lost everything she needs for her artisanal ice cream business. 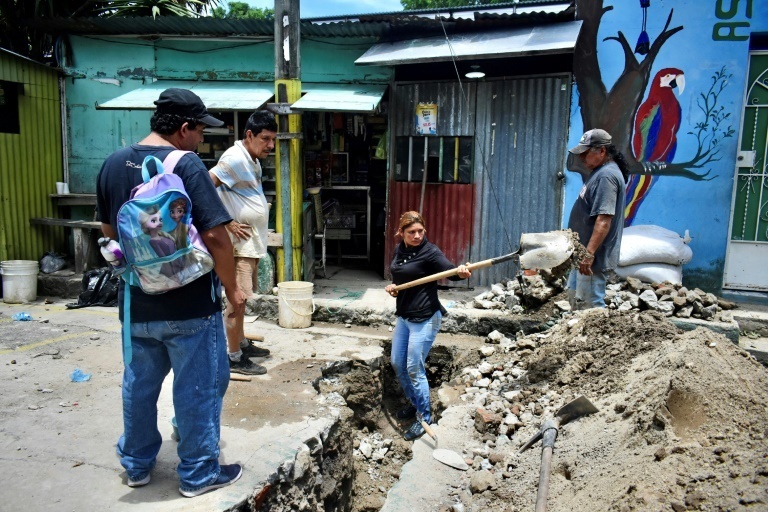 In neighboring Honduras, 22-year-old Ramos lives in a state of constant nervousness on the banks of the Ulua River.

"A little while ago, a fortnight ago, we were scared because they announced a very strong hurricane. We went to look at the river, the river filled up ... some of it drained into the valley.

"All of this alarms us, because we are in a risk zone and we cannot be at ease," she said.

When both Hurricane Eta and Iota hit in October 2020, Ramos said her entire settlement became flooded.

"All the houses were lost, we lost everything."

The UN's Economic Commission for Latin America and the Caribbean estimates that the hurricane duo caused damage exceeding $2 billion in Honduras alone.

In 2021, according to a World Food Programme report, more than 8.4 million people in Guatemala, Honduras, El Salvador and Nicaragua were in a food "crisis" due to conflict, economic shocks resulting from the coronavirus epidemic, and extreme weather events.

It is a vicious cycle.

"Poverty makes the same people look for the cheapest areas to live in and those are usually the most vulnerable zones," Ricardo Navarro, president of the CESTA environmental NGO told AFP.

The areas of Central America most exposed to tropical cyclones are on the Caribbean and Pacific coasts, both stretching almost 3,000 kilometers (some 1,800 miles) in length, and heavily populated.

Experts regularly warn of the danger of high-density settlements in high-risk areas.

In some areas of Nicaragua, for example, "there was a time when rivers shrunk and people built (homes) in their beds or very close to the rivers which, of course, returned to their normal flow," said Janett Castillo, of the Nicaraguan National Risk Management Board (MNGR).

"Nature reclaims the space that humans invade," added Magdalena Cortez of the Salvadoran risk-management NGO MPGR, who said that to minimize risk, "we must respect nature."

Despite the many disasters afflicting the region, "civil protection systems have been weakened" by government neglect, said Guido Calderon of the Cociger risk management NGO in Guatemala.

Every time there is an event, the systems mobilize for a rapid response, "and then leave those affected abandoned," he said.

Back in Honduras, Jose Ramon Avila of the NGO coalition ASONOG said the vulnerability exposed by Hurricane Mitch in 1998 -- which was the country's worst-ever natural disaster with more than 5,000 deaths -- has only become worse with "uncontrolled exploitation of forests" ever since. 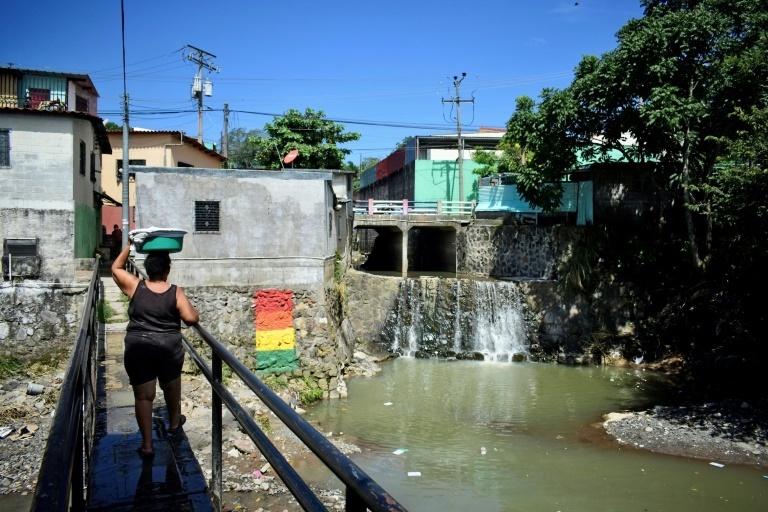 Flooding has worsened due to a changing climate, said Avila, with "abundant rainfall in shorter periods, which in turn saturates the soil" that would normally absorb the excess water.

In some areas, the country has sought to deal with the threat by building stone-and-soil dikes.

But when Hurricane Eta hit, even those barriers were overwhelmed, remembered Ramos.

After the water receded, she and her neighbors returned and settled in makeshift huts, slowly rebuilding their lives, but with no faith left in the dikes.

Now, every time a storm is forecast, they get ready to leave.

"We can lose the little we have collected -- the animals, even our lives," Ramos said.