A painful pause as Ukraine's frontline troops think of family

Soldiers on Ukraine's eastern front have spent five exhausting months under Russian bombardment, measuring out the long days and longer nights in the metronomic cadence of relentless artillery fire.. "But in two or three days when it's over, the artillery and mortar shelling will resume with renewed vigour."

Soldiers on Ukraine's eastern front have spent five exhausting months under Russian bombardment, measuring out the long days and longer nights in the metronomic cadence of relentless artillery fire.

Yet sometimes it is the quiet moments that kill -- when there is a let-up in shelling and a stillness descends -- as thoughts inevitably return to family and home.

The Ukraine army's 10th Battalion had begun pushing forward, excavating new trenches in the humus-rich grassland soil just two kilometres (1.2 miles) from the Russian border, when it experienced such a lull.

"We had missiles and shooting periodically. But now we have the grain armistice for the harvesting period on both sides," says Sergeant Chekh, whom AFP is identifying by his code name in accordance with security protocol.

"But in two or three days when it's over, the artillery and mortar shelling will resume with renewed vigour." 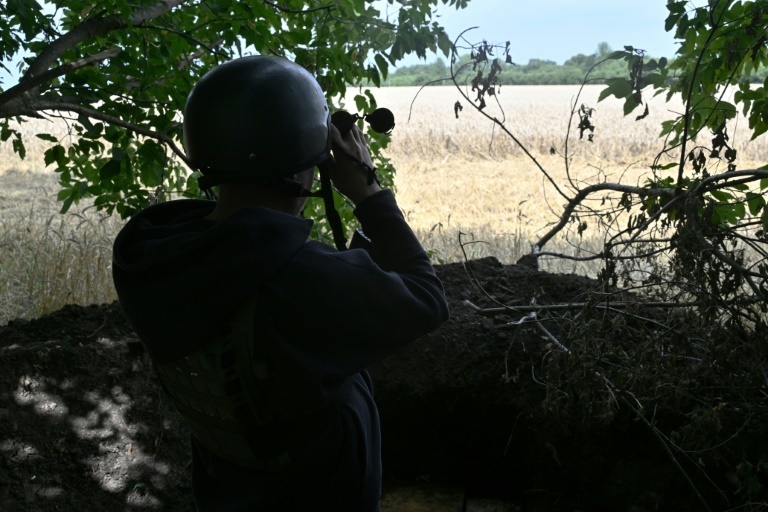 The 51-year-old squadron commander has family behind enemy lines in Kherson, a largely Russian-occupied province 500 kilometres away from the war he is fighting in the northeastern Sumy region.

"I've had no contact with my mother for three months and I don't know if she's alive. She's 88 years old," he tells AFP in a brogue so gentle he is almost whispering.

"I've had some contact with the neighbours, and I sent money, but I have no idea of the situation."

A lawyer by profession, Chekh brought his family to the relative safety of the western city of Lviv when war broke out, and then volunteered at the local recruiting office.

As well as worrying about an uncontactable mother, he longs to be reunited his wife, two daughters and young son, all of whom are waiting out the war abroad.

He says the goal of getting back to his family is what keeps him going.

"'Difficult' isn't really the right word for it," he tells AFP. "For me it's another motivation that supports me and helps me to focus my mind on the job in hand."

Nearby, Chekh's comrades sit under the forest canopy smoking and swapping stories as they take a break from digging trenches, their main job while the pause in fighting continues.

Around 150 civilians have died in the war in the Sumy region, its 39-year-old governor Dmytro Zhyvytsky told AFP.

The towns and villages along its 564-kilometre border with Russia are still experiencing almost daily bombardment by Grad rockets, howitzers and mortars, he said. 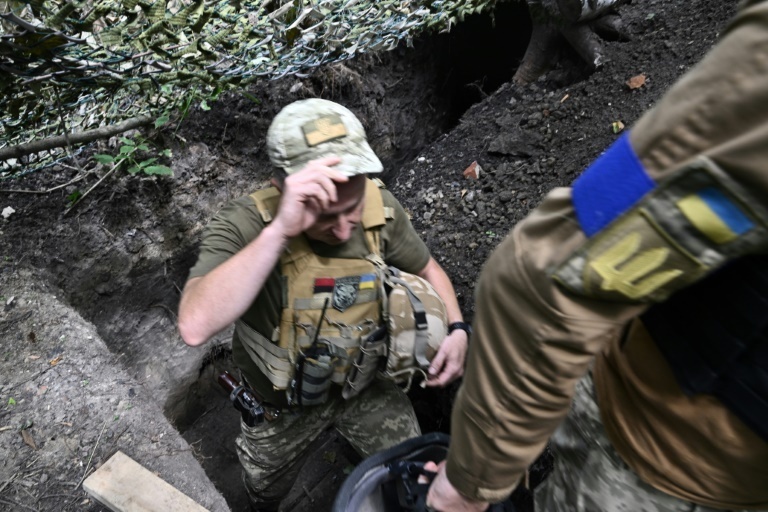 But for now, at least, the 10th Battalion's part of the frontline seems oddly peaceful.

On the short trek through dense woodland to get to the new frontline, there is no crackle of gunfire or the familiar boom of exploding shells that tightens the throat and quickens the blood.

In a moment of unintentional comedy, the air vibrates with a cacophonous wail that sounds like a warrior's battle cry -- but then a snare drum kicks in and it's obvious that it's just someone's ringtone.

The laconic company commander, Captain Roman, oversees the excavation of the new trench, hands joined formally behind his back as if on a parade ground rather than a mound of mud.

He scans the treeline, eyes narrowing, looking for signs of movement from the enemy that never come.

"They shoot artillery and grenades from time to time and there is always the odd single shot," the 43-year-old tells AFP, almost apologetically.

Around 90 percent of the fighters in the 10th Battalion are volunteers who have seen little or no combat, but their commanding officers say that what they lack in experience, they make up for in heart.

"We are here to defend our country," Roman tells AFP. "The soldiers know they can die, but they are ready to fulfil their task -- to defend Ukraine."

Down below, platoon commander Lieutenant Volodymyr proudly shows off the new trench -- apparently a labour of love -- as he explains his motivation for volunteering.

An administrative worker at Lviv's polytechnic in another life, the 43-year-old quit his job and signed up because he wants to be a role model for his two sons. 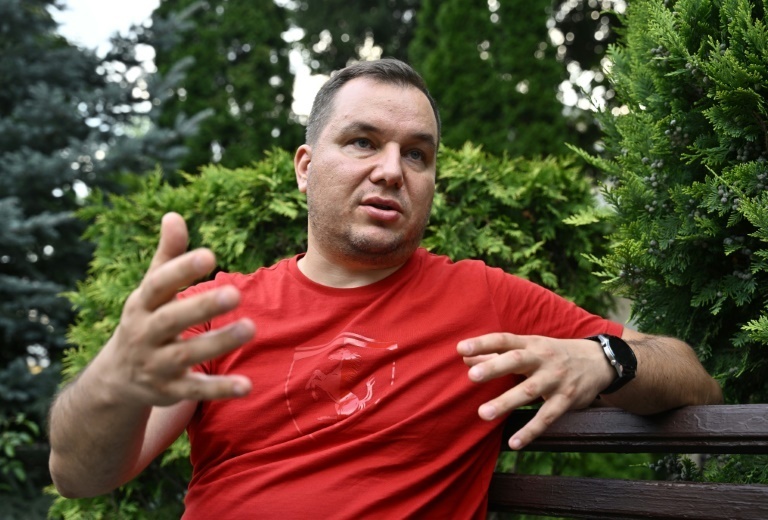 He has thought about the effect that his death in combat would have on 12 and 16-year-old boys, but he argues that his valour would also set them a good example.

"If I'd stayed in Lviv doing nothing, what example would that be to my sons about being patriotic to Ukraine?" 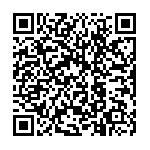 The curators saving Ukraine's heritage at all costs