'Not bad!': Swimming between continents in Istanbul

Every morning, his skin bronzed by the sun, pensioner Metin Cakmakci rushes to grab a deckchair under a parasol on his local beach on the Asian side of Istanbul.. Istanbul officials have added a hundred extra sun loungers to Cakmakci's beach, creating room for 300 people under 170 parasols just 25 minutes' walk from the pensioner's home.

Every morning, his skin bronzed by the sun, pensioner Metin Cakmakci rushes to grab a deckchair under a parasol on his local beach on the Asian side of Istanbul.

"A sea like this for a gigantic city such as Istanbul -- it's not bad," the 74-year-old smiles, pointing to the crystal-clear water facing the Princes' Islands on the Sea of Marmara.

Istanbul, a bustling megalopolis of 16 million people between two continents and two seas, does not immediately bring to mind images of a beach resort.

But just like the locals of New York, Beirut and a handful of other global cities, Istanbulites can swim all summer long and return home on the metro with sand trapped under their sandals and salt layering their skin.

"In the old days, you could access the water anywhere," Cakmakci reminisces.

"Now, of course, you have buildings everywhere. The coastline has changed. We all now live on top of each other, in a way." 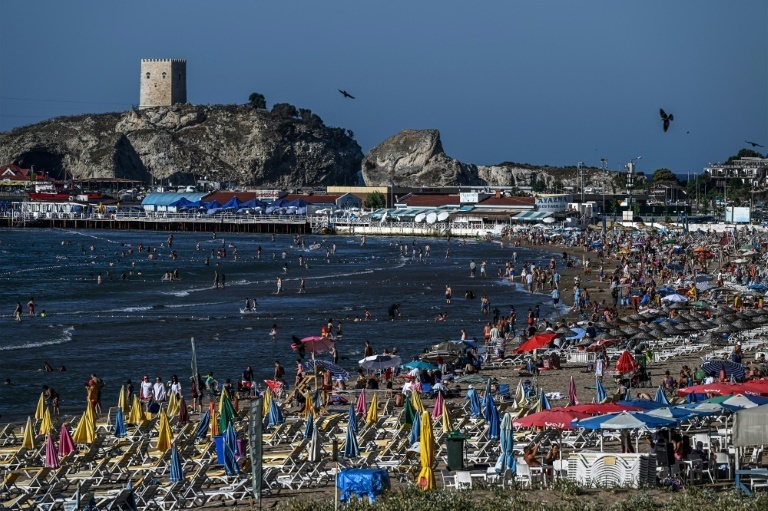 This year, attendance has shot up, says Sezgin Kocak, who overseas maintenance at the beach.

A large part of the spike stems from an economic crisis that has seen consumer prices soar by 80 percent in one year.

"A lot of people can't afford to get out of Istanbul anymore," explains Canan Civan, a bikini-clad bather in her sixties.

"But even if I had the money, I wouldn't go anywhere else," she adds.

"Instead of spending 10 days on holiday, I'd rather come here every day for three months." 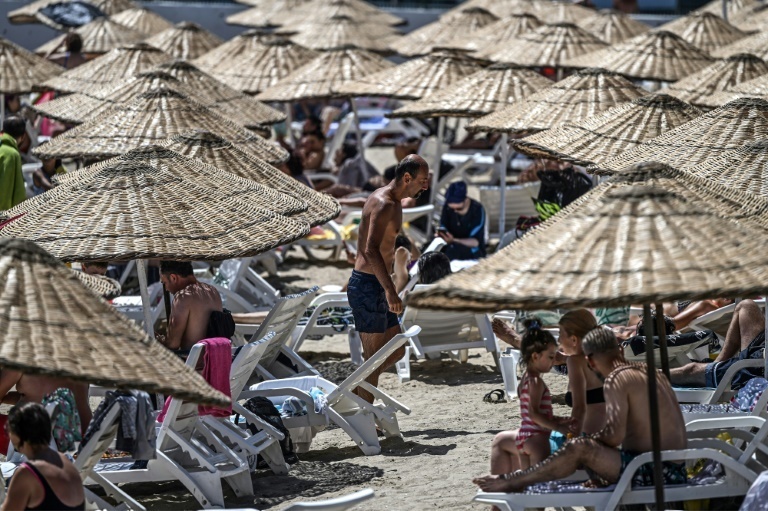 Istanbul has 85 accessible beaches or bathing spots between the Black Sea in the north, the Sea of Marmara in the south and the Bosphorus Strait in between.

Public or private, some attract a more traditional clientele who cover themselves up in veils, while others come out in bikinis, merrily exposing their skin.

At other times, an invisible demarcation line appears. One such line is in the Sile neighbourhood, where the Black Sea meets the northern edge of the Bosphorus Strait -- the stretch of water dividing Turkey between its European and its Asian halves.

On the bikini side, Eren Bizmi is trying to start up a volleyball game with some friends from work.

"Istanbulites know you can find a beach 35, 40 minutes from the centre," the 32-year-old real estate agent says. He declares the Black Sea is best because it is "less salty" than the Sea of Marmara.

"And I can work at the same time," adds Sema Basaran, the only woman in the volleyball game.

"If a client calls, I can go and show them a house and come back," the 22-year-old grins.

No-one mentions the two mines that washed up in this area earlier this year -- a haunting reminder of the war pitting Ukraine against its Russian invaders on the far side of the Black Sea.

Finally, there are the bathers of the Bosphorus, who swim between Europe and Asia under the serene gaze of the city's grand palaces.

Eren Tor and his friends meet every morning in Bebek, an upmarket neighbourhood on the European side of the continental divide. 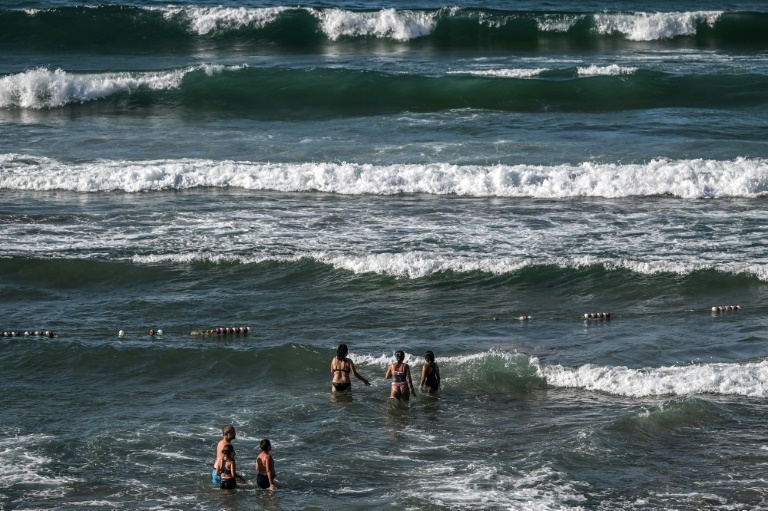 "It's a privilege to be able to swim between two seas and two continents," the 64-year-old pensioner says.

The water reaches 23 degrees Celsius (73 degrees Fahrenheit) in the summer, dropping to 11C on average in the winter.

But every day, "even in the winter, even in the snow", Tor says he comes out for his morning Bosphorus dip. He scrolls through pictures on his phone to prove his point.

"He's the only one!" one of his friends laughs.

Almost all the group have been swimming here since childhood, learning the strait's tricky currents, which can swiftly sweep you away.

Levent Aksut, 92, says he comes to swim "three of four times a week". 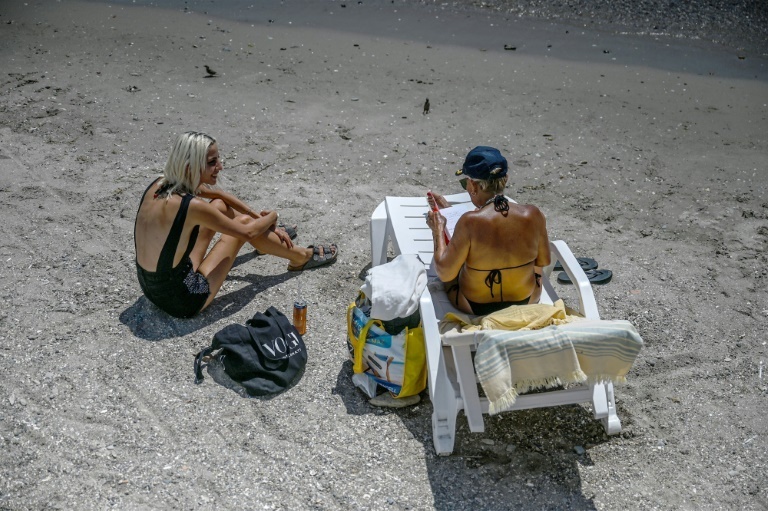 The only problem, says his son Caner, "is that the government does not want to see people in swimwear".

But their own ritual persists.

After climbing up a ladder they installed on the steep shoreline, they dry off on the quay's benches and sip coffee.

"What more could you wish for?" Tor asks. 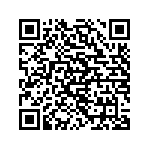 Osman Dulgeroglu and His Eloquent Journey of Non-Profit Humanitarian Relief