Betty Garces grew up in an impoverished port city on Colombia's Pacific coast to the rhythm of drums and marimbas, always with a background echo of violence. . Garces is from the city Buenaventura, which ironically translates as "good fortune" but is better known for rampant poverty, crime and drug violence.

Betty Garces grew up in an impoverished port city on Colombia's Pacific coast to the rhythm of drums and marimbas, always with a background echo of violence.

Until she was a teenager, she had never even heard of opera. Now she is one of Latin America's few black sopranos.

Garces is from the city Buenaventura, which ironically translates as "good fortune" but is better known for rampant poverty, crime and drug violence.

Squeezed between the jungle and the Pacific coast, 91 percent of the city's 315,000 inhabitants are black, 41 percent are poor, and 18 percent unemployed.

"The environment in which I grew up in Buenaventura did not give me many opportunities to dream," the singer, now 39, recalled of her young days.

At the age of 14, her parents -- a math teacher and an artist -- sent her away to the city of Cali, some 120 kilometers (75 miles) to the east and considered safer.

They did the same with her two sisters when they turned 14, "to protect us," said Garces.

It was in Cali that she first encountered the musical genre that would change her life.

At the conservatory where she studied music, a teacher made her listen to a Richard Wagner interpretation by African American soprano Jessye Norman.

"In that moment, I don't know what happened here, inside, but everything moved," Garces recounted.

"I began to study singing without having any idea what opera was about...

"I had no idea what I was saying because I never heard anyone speak German. But the connection was strong."

A scholarship took Garces to Germany in 2009, and she has lived there ever since.

She has appeared on stage in more than 20 countries and capital cities including Rome, Madrid, Lisbon, Bangkok and Paris.

On a recent visit to Bogota to perform in the opera Ariadna on Naxos at the Teatro Colon, she told AFP it was not only her humble background she had to overcome.

"In this world they tend to pigeonhole a lot, there are many molds... Depending on the context, I am (described as) a black woman, I am a Latin or American woman, I am a woman of big size," she said.

"I look very different to what they expect."

Quick to smile, Garces said she became interested in music thanks to her grandparents -- one of them deaf and the other blind.

She had a strained relationship with her own parents, was bullied at school, and found refuge at her grandparents' house.

Her grandfather played the harmonica, Garces said, recalling how she used to lie with her ear to the floor to amplify the sound and "imagined that I was in a different world."

When her grandmother died, she cried herself hoarse. But from that grief, Garces said she found her singing voice.

"I was left alone... in that ordeal... For a 10-year-old girl, losing her only reference of love in life is very strong," Garces recalled.

One day, amid the tears, "I began to moan," she told AFP.

"From that moan, I started to form melodies without words. It was my soul looking for a way to release the pain."

This is her first memory, Garces said, of "conscious chant."

"From that moment I began to sing and I never stopped." 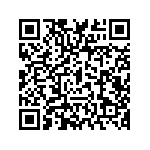