In high-level US visit to Solomon Islands, China looms large

A high-ranking US delegation lands in the Solomon Islands Saturday, as Washington wrestles with Beijing for influence in the region months after the Pacific nation signed a secretive security pact with China.. China, which has an embassy in the Solomons with close ties to its government, alarmed Western rivals by signing an undisclosed security pact with the island in April.

A high-ranking US delegation lands in the Solomon Islands Saturday, as Washington wrestles with Beijing for influence in the region months after the Pacific nation signed a secretive security pact with China.

China's growing might in the Asia-Pacific will be on display this weekend as it continues to stage military drills encircling Taiwan in a show of force following US House Speaker Nancy Pelosi's visit to the self-ruled island.

Deputy Secretary of State Wendy Sherman heads the US delegation visiting the Solomons for three days to mark the 80th anniversary of the World War II Battle of Guadalcanal.

Sherman's father was a Marine who was seriously injured in the battle, a major offensive over six months in 1942 and 1943 that triggered a Japanese withdrawal and marked the start of major Allied operations in the Pacific.

The United States announced this year it plans to re-establish an embassy in the Solomons nearly 30 years after closing its last mission.

China, which has an embassy in the Solomons with close ties to its government, alarmed Western rivals by signing an undisclosed security pact with the island in April.

The deal, which critics fear could lead to China gaining a military foothold in the South Pacific, is likely high on the agenda for the US visit.

"It's a difficult path for the US to tread in a sense that, obviously, Prime Minister Manasseh Sogavare really values his country's relationship with China," Mihai Sora, a research fellow in the Pacific Islands Program at the Sydney-based Lowy Institute, told AFP.

But not everyone in the Solomons supports growing security ties with China, he added: "It's a double-edged sword."

The Solomons severed ties with Taiwan in September 2019 in favour of diplomatic relations with China, a switch that unlocked investment but stoked inter-island rivalries.

Last November, protests against Sogavare's rule escalated into riots in the capital Honiara, during which much of the city's Chinatown was torched before Australia led an international peacekeeping mission to help restore calm.

On the home front, the Solomons prime minister is being accused by the opposition of undermining democracy.

Sogavare has reiterated his government's intention to defer general elections from next April until after the Pacific Games, which the Solomons hosts in November 2023.

China is financing a national stadium complex reportedly worth $53 million to host the Games.

This week, Sogavare's office accused the broadcaster of propagating "lies and misinformation", saying it had neglected its duty to "practice, fair, responsible and ethical journalism".

The prime minister's office said standards in local media had "decayed over the years to a point where pretty much anything gets published just to make a buck".

In response, the International Federation of Journalists warned against "an assault on press freedom and an unacceptable development for... the democratic political process".

The federation had already raised concerns when Chinese Foreign Minister Wang Yi visited the Solomon Islands in May. 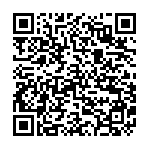 US warns Pacific islands of struggle against coercive regimes

US calls on Russia to stop military activity at nuclear sites