Ukrainian President Volodymyr Zelensky has lashed out at Amnesty International after it accused his forces of violating international law and endangering civilians in their defence against Russia's invasion.. After a four-month investigation, Amnesty said it had found that the Ukrainian military had established bases in schools and hospitals, and launched attacks from populated areas, asserting that the tactics violated international humanitarian law.

Ukrainian President Volodymyr Zelensky has lashed out at Amnesty International after it accused his forces of violating international law and endangering civilians in their defence against Russia's invasion.

The sharp rebuke came as three more ships loaded with over 58,000 tonnes of Ukrainian grain were set to depart from Black Sea ports on Friday under a recent agreement between Moscow and Kyiv aimed at easing a global food shortage.

In a report on Thursday, Amnesty listed incidents in 19 cities and towns in which Ukrainian forces appeared to have put civilians in harm’s way by establishing bases in residential areas -- findings Zelensky equated to victim blaming in his evening address.

The rights group, he said, had sought to offer "amnesty (to) the terrorist state and shift the responsibility from the aggressor to the victim".

"There is no condition, even hypothetically, under which any Russian strike on Ukraine becomes justified. Aggression against our state is unprovoked, invasive and terrorist," he added.

"If someone makes a report in which the victim and the aggressor are supposedly equal in some way... then this cannot be tolerated." 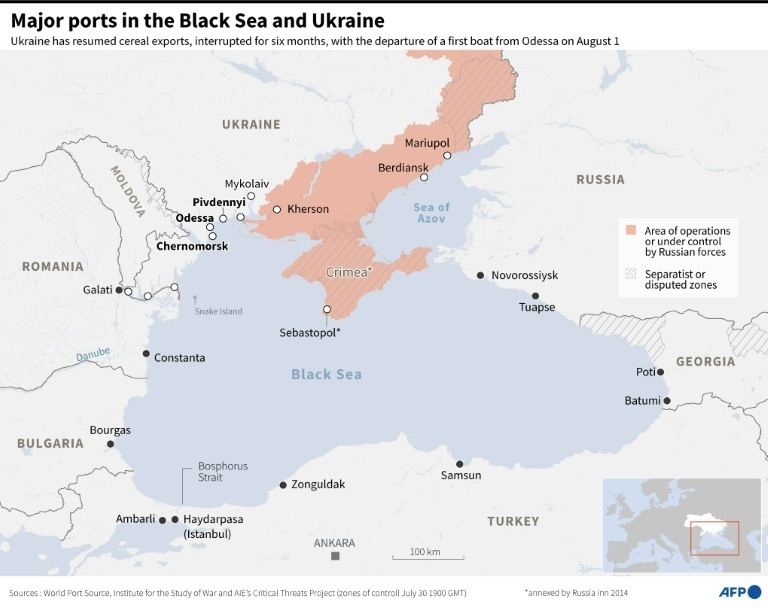 After a four-month investigation, Amnesty said it had found that the Ukrainian military had established bases in schools and hospitals, and launched attacks from populated areas, asserting that the tactics violated international humanitarian law.

The group noted, however, that the tactics "in no way justify Russia's indiscriminate attacks", which have battered civilian populations.

On Thursday, Russian bombardments targeted several towns and villages, including Mykolaiv in the south, where residential buildings were damaged in two neighbourhoods, according to the mayor.

Eight people were killed and four wounded on Thursday by a Russian strike that hit a bus stop in Toretsk, near the eastern front line, the regional governor announced.

Ukrainian forces are conducting a counter-offensive in the country's south, where they claim to have retaken more than 50 villages previously controlled by Moscow.

Meanwhile, three more ships laden with Ukrainian maize were set to depart on Friday morning -- two from the city of Chornomorsk, and one from Odessa, where the first grain shipment to leave Ukraine since the war began set sail on Monday. 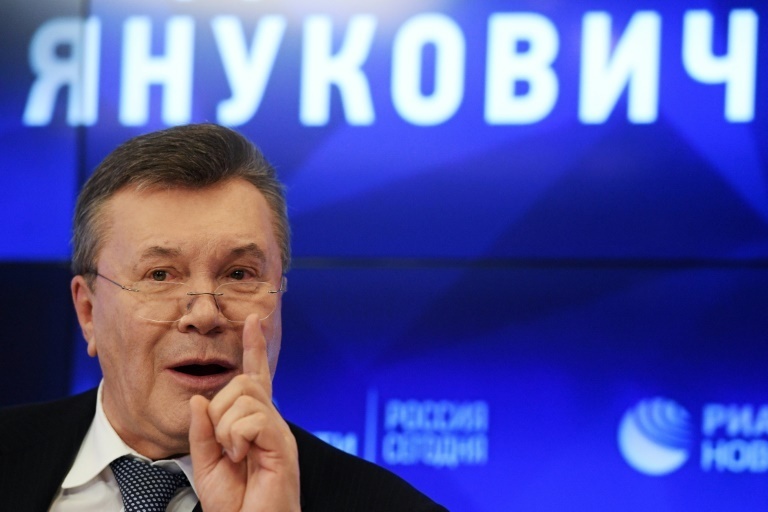 Grain shipments to global markets have been able to resume under a deal struck last month between Kyiv and Moscow -- mediated by Turkey and under the aegis of the UN -- in a bid to alleviate a crisis that has seen food prices soar in several countries.

Turkish Defence Minister Hulusi Akar credited Friday's expected departures to "the intensive work of the Joint Coordination Center", according to the Anadolu state news agency. The centre is overseeing the implementation of the agreement.

The deal provides for the establishment of secure corridors in the Black Sea to allow merchant ships to export between 20 and 25 million tonnes of Ukrainian grain held up in port. 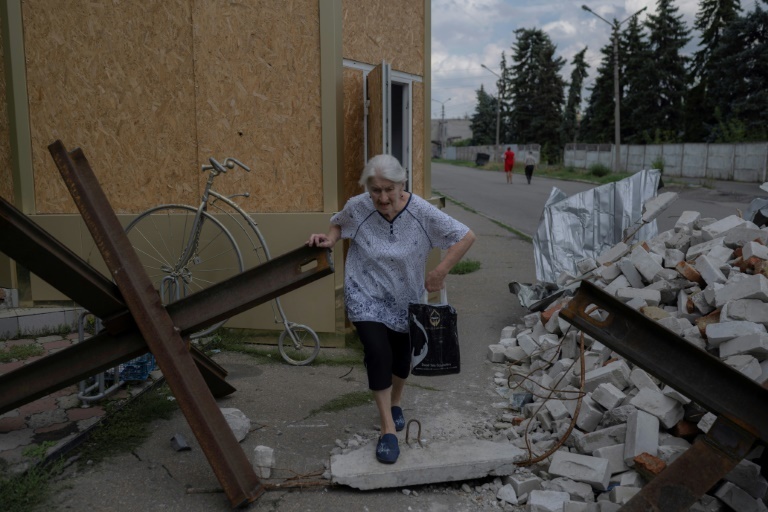 A similar agreement signed at the same time allows Russia to export its agricultural products and fertiliser despite Western sanctions.

Turkey hopes the agreements could build confidence and lead to a ceasefire between the two countries.

Separately, the European Union on Thursday announced it was slapping sanctions on former Ukrainian president Viktor Yanukovych and his son Oleksandr for allegedly undermining Ukraine's security.

Yanukovych was overthrown in 2014 by a popular uprising against the pro-Russian stance his government had taken. Following his ouster, Moscow moved to annex Ukraine's Crimean peninsula and the eastern Donbas region.

The EU argues that the now 72-year-old Russia-based Yanukovych still plays a "role in undermining or threatening the territorial integrity, sovereignty and independence of Ukraine and the state's stability and security". 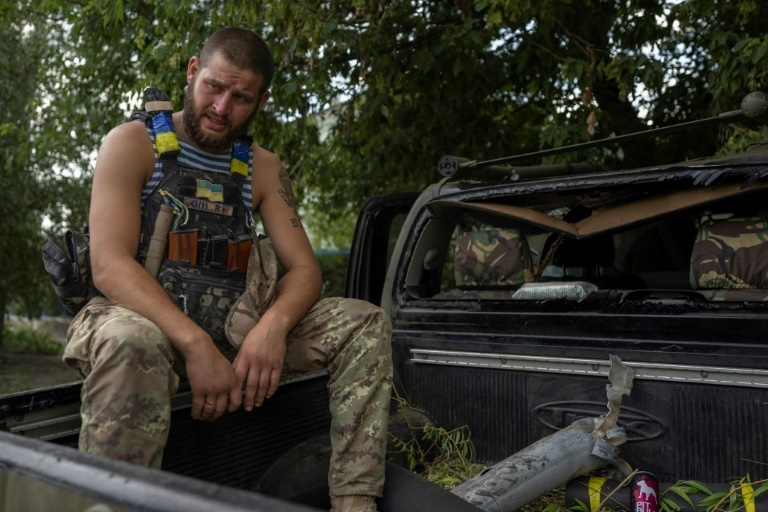 The sanctions document accuses him of plotting to return to power if the Russian invasion succeeds in toppling Zelensky. His son stands accused of "conducting transactions with the separatist groups in the Donbas region", a reference to Russian proxy forces.

Finland, meanwhile, presented plans on Thursday to limit tourist visas for Russians, who have increasingly flocked to the country to transit to other European nations after flights from Russia were interrupted by EU sanctions.

Finland, along with Sweden, is seeking NATO membership, with the US ratifying the two countries' accession protocols on Wednesday. 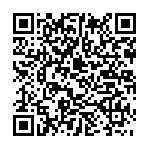