Days after one of Greece's top national parks narrowly escaped massive destruction from a massive fire that raged for over a week, the country's environment ministry congratulated itself.. Even as the park burned two weeks ago, the government tried to push through parliament new legislation which nearly a dozen NGOs said further weakened protective restrictions in Greece's national parks.

Days after one of Greece's top national parks narrowly escaped massive destruction from a massive fire that raged for over a week, the country's environment ministry congratulated itself.

Among Greece's underfunded and understaffed habitats, the Dadia national park is -- on paper -- one of Greece's best protected areas as one of Europe's most important breeding grounds for vultures and other birds of prey.

"Respect and protection of the environment was and remains a fundamental pledge of our government," environment minister Costas Skrekas said in a statement on Tuesday.

But many Greek environmental groups differ.

Spyros Psaroudas, director of the Callisto wildlife group, says there is a "chronic failure" in Greece's nature protection, adding that the present government seeks to create a business-friendly environment at the expense of wildlife.

"There is a lack of coordination among ministries and of a clear assignment of responsibilities...all this leads to illegal activities that are never punished," adds Nadia Andreanidou, policy officer for the Mediterranean Association to Save the Sea Turtles (Medasset).

"It is a vicious circle and it leads to poor management of the protected areas," she told AFP.

The local forest service in Soufli that supervises Dadia annually receives less than 50,000 euros from the state, a fifth of what it's supposed to, Vasilakis said.

Over 300 firefighters battled for eight days last month to keep the blaze away from the Dadia nesting grounds at the heart of the park.

On Tuesday, the environment ministry said the July 21 fire had destroyed just over 2,200 hectares (54.6 acres) of forest at Dadia.

The incident has put a spotlight on Greece's long and troubled history of environmental protection.

Even as the park burned two weeks ago, the government tried to push through parliament new legislation which nearly a dozen NGOs said further weakened protective restrictions in Greece's national parks.

On the seventh day of the fire, the legislation was unexpectedly withdrawn by the government for "further consultation".

The planned draft law would have permitted additional activities in protected areas, including roads, tourism sites and electricity and telecoms storage facilities.

Greece has been repeatedly referred to the European court of justice over its failure to protect its natural habitats.

The court rapped Athens on the issue in December 2020, noting that the country by its own admission had created safeguards for less than 20 percent of over 240 protected areas.

A key omission, environmental groups say, is the absence of legal safeguards and regulations governing Greece's share of the Natura 2000 network -- core European breeding and resting sites for rare and threatened species that are protected under EU law.

Charikleia Minotou, head of the Zakynthos programme for the protection of loggerhead turtles run by the Greek chapter of the Worldwide Fund for Nature (WWF), says there are "hundreds" of complaints and fines against illegal development that authorities fail to follow up.

And in 2018, when a presidential decree was issued to protect the gulf of Kyparissia on the Ionian Sea -- a key habitat for loggerhead turtles and deep-sea whales -- it was challenged by three town councils, two tourism companies and scores of local residents.

The emphasis of the conservative government of Prime Minister Kyriakos Mitsotakis is on hydrocarbon exploration, says Minotou.

Even before the Russian attack on Ukraine in February sparked energy shortage fears across Europe, Greece had earmarked exploration sites in the Ionian Sea.

In February, several Cuvier's beaked whales washed up on coasts during seismic research in the Ionian. The state hydrocarbon management agency denied this was caused by its activities.

In the few instances where new legislation is introduced, the results often pose a threat to conservation, Greek environment groups say.

In 2020, Greece formed a new national body to manage its parks, the Natural Environment and Climate Change Agency (Necca). In the process, 36 park management bodies were merged into a new group of 24.

However, environment groups note that the new body has crucially excluded NGOs and local authorities and citizens' associations from park governing boards.

"We need national parks where local society participates and is represented democratically," says Psaroudas from the Callisto wildlife group. 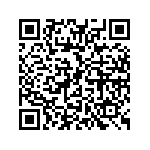