It was a "solid opening for an action thriller," said analyst David A. Gross, adding that the presence of lead star Brad Pitt "is going to ensure international success."

Pitt, who plays a professional assassin on a Japanese train seemingly loaded with them, heads a cast that includes Joey King, Aaron Taylor-Johnson and Latin music star Bad Bunny, as well as Sandra Bullock and Channing Tatum in bit roles.

In fourth was Disney's action comedy "Thor: Love and Thunder," at $7.6 million. Chris Hemsworth stars as the uber-muscular space Viking, who pines for his ex-girlfriend (Natalie Portman).

And in fifth was Universal's family-friendly animation "Minions: The Rise of Gru." This latest episode in the "Despicable Me" franchise took in $7.1 million.

Overall, the summer season has been good for Hollywood, Gross said. "Audiences have been doing everything they’ve been asked... and business has been very good for all types of films."

Rounding out the weekend's top 10 were: 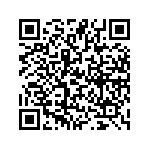 With 'Barbarian' at the gate, N.American moviegoers shiver

'Top Gun' soars back to surprise lead in N.American theaters