Flood of donations for hungry Brazil boy who called police

A week ago, the cupboards of the Barros family's humble concrete shack were empty.. "A huge amount of food arrived -- so much different food, I don't even know what it all is," beams Miguel, throwing open a gloriously stuffed cupboard.

A week ago, the cupboards of the Barros family's humble concrete shack were empty.

Today, the family barely know where to stash the mountains of food in their kitchen, after 11-year-old Miguel Barros, one of eight siblings, pulled heartstrings across Brazil when he called the police to report: "We have nothing to eat."

Miguel, whose mother had been feeding her children cornmeal and water for three days -- the only food the family had -- made a sad call Tuesday to Brazil's emergency services.

When the dispatcher asked him what his emergency was, the slight, wiry boy replied, "Mr policeman... it's because there's nothing to eat at my house." 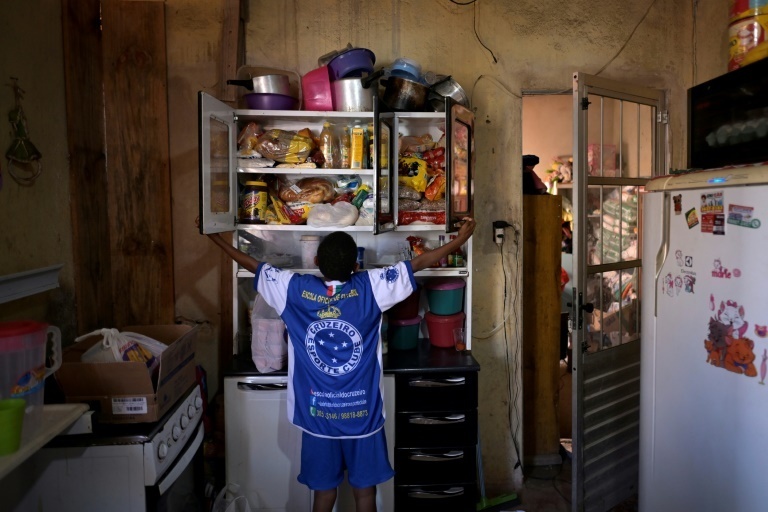 The dispatcher said he would send a police car to the family's home in Santa Luzia, in the impoverished suburbs of the southeastern city of Belo Horizonte.

When officers arrived at the small house with the run-down dirt yard, they thought they might find a case of child neglect.

Instead, they found a story that has become all too common in Latin America's biggest economy: a loving but impoverished mother struggling to feed her family as food prices soar and incomes vanish.

The officers went to the supermarket and came back with a brimming load of food -- including lots donated by the store owner, whom they told of the family's plight.

Then the local press picked up on the story, and Miguel went viral. 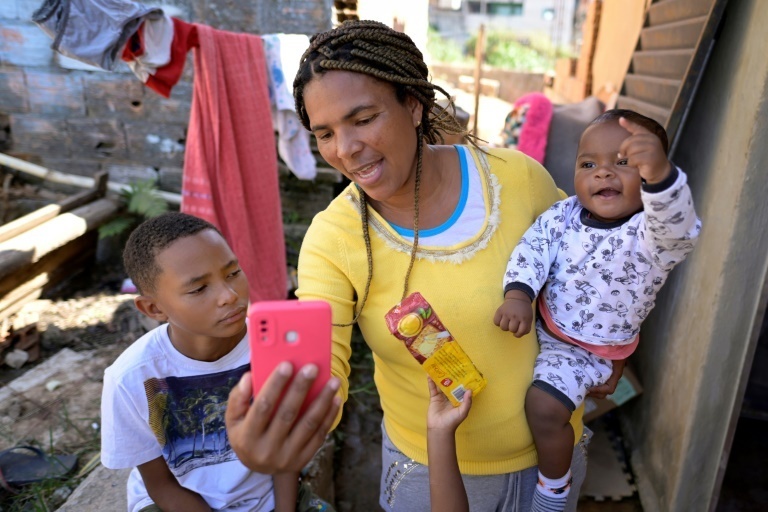 Donations of food and money started flooding in from around Brazil and beyond, turning the family's once-bare kitchen into an overflowing mini-market.

"A huge amount of food arrived -- so much different food, I don't even know what it all is," beams Miguel, throwing open a gloriously stuffed cupboard.

Miguel's mother, Celia, is a 46-year-old single mom of eight children, six of whom still live with her.

Unemployed, she worked odd jobs until the coronavirus pandemic hit, when work disappeared, she says.

"We suffered a lot. I'll never forget it as long as I live, because hunger hurts so much," she told AFP, her youngest baby slung on her hip.

"You get to the point where you can't even get up or do anything.... Miguel saw me desperate and crying, and decided to do what he did. And thank God, that's when everything changed."

The young boy's tale touched people in a country where hunger has become a major issue again, after having almost been eradicated a decade ago.

Brazil appeared on the latest edition of the United Nations' "Hunger Map," with 28.9 percent of the population living in "moderate or severe food insecurity" -- a setback for a country that had been removed from the map in 2014.

Images of empty refrigerators and famished people rushing to pick through loads of discarded animal carcasses have told a haunting tale of the once-booming country's reversal.

With Brazil heading toward divisive elections in October, the front-runners, far-right President Jair Bolsonaro and leftist ex-president Luiz Inacio Lula da Silva, have traded accusations over who is to blame for the country's malaise.

Miguel is just happy his family has enough to eat -- and then some.

"Now there are so many donations, I've gone from having nothing to having enough to help other people," Celia says proudly. 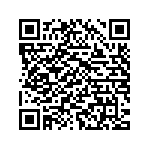