The Kremlin accused Ukrainian forces on Monday of firing on Europe's largest nuclear power plant in occupied Ukraine and warned that the alleged attacks could have "catastrophic consequences".. Ukraine Prime Minister Denys Shmygal meanwhile accused Russia of "nuclear terrorism," urging the world to "unite now to prevent a catastrophe."

The Kremlin accused Ukrainian forces on Monday of firing on Europe's largest nuclear power plant in occupied Ukraine and warned that the alleged attacks could have "catastrophic consequences".

Kyiv said Moscow was responsible and called for the area to be demilitarised, saying two employees had been wounded in recent attacks.

Fighting continued meanwhile along battle lines stretching across eastern Ukraine, and Russia continued its crackdown on dissent at home.

Each side has blamed the other for the escalation in fighting around the facility in Zaporizhzhia, southeast Ukraine, which was captured by Russian forces early in their invasion, launched in late February.

Recent fighting at the plant has prompted the UN's nuclear watchdog, the International Atomic Energy Agency (IAEA), to warn of "the very real risk of a nuclear disaster".

Ukraine said that the plant should be cleared of Russian military and called for the establishment of an international security and energy team to oversee the sight. 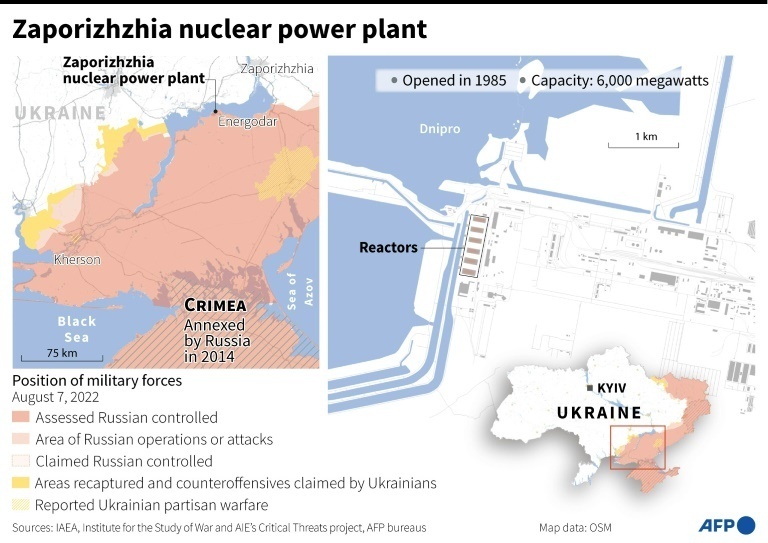 "What needs to be done is to remove occupying forces from the station and to create a de-militarised zone on the territory of the station," said Petro Kotin, president of Ukraine's nuclear energy company, Energoatom.

"There should be a peacekeeping mission including experts from the IAEA and other security organisations," he added.

"Their presence and initially giving control to them and then to the Ukrainian side would have solved this problem".

Kotin said that Russia had deployed some 500 Russian troops and 50 pieces of hardware including tanks at Zaporizhzhia, echoing earlier claims from Kyiv that Moscow was using the site for military cover.

The Kremlin has captured swathes of Ukrainian territory since February, introducing Russian currency and by announcing plans to formally annex the areas by holding votes, including in the Zaporizhzhia region. 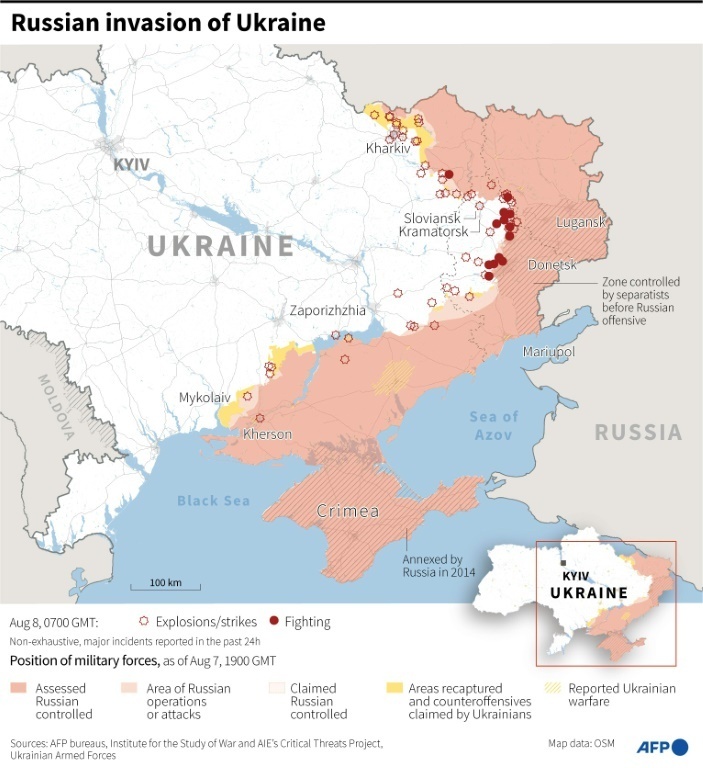 The head of its Moscow-installed administration Yevgeny Balitsky said on social media Monday he had signed a decree "on the issue of organising a referendum on the reunification of the Zaporizhzhia region with the Russian Federation".

The plans follow a similar move by Moscow in 2014 after it annexed the Crimean peninsula, a highly controversial vote that has not been recognised by most Western countries.

Although attention was focused on the fallout from fighting at Zaporizhzhia, Russian forces continued shelling across the sprawling eastern frontline.

Among the attacks, Ukraine said that one woman had died and four more were injured in Russian bombardments on Kharkiv region in the north east. It has been under persistent Russian shelling for weeks.

Ukrainian forces in turn said they had bombed a strategic bridge over the Dnipro river overnight in the Russian-held city of Kherson in the south.

The authorities in Moscow pursued their crackdown on opposition to the war, handing down a new fine to journalist Marina Ovsyannikova.

Ovsyannikova shot to prominence in March for interrupting a live broadcast to denounce Russia's military intervention in Ukraine.

On Monday, her lawyer did not rule out the possibility of her facing another criminal probe.

There was progress on one rare area of compromise between Russian and Ukraine Monday, after the first boat to leave Ukrainian ports under a recent deal Ankara and UN reached its destination in Turkey. 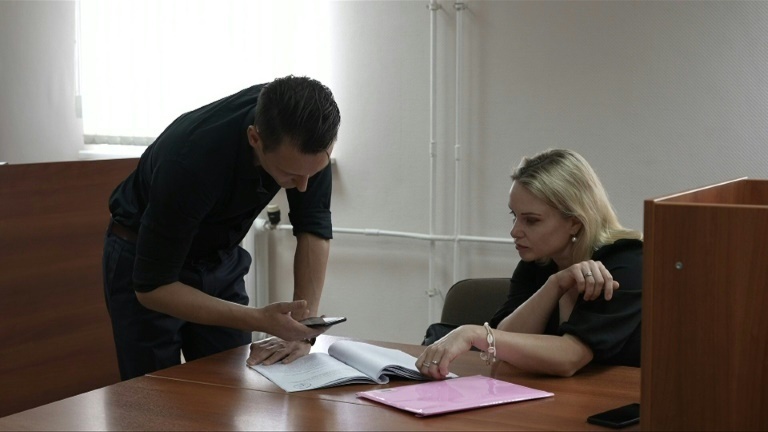 While Kyiv welcomed the news, officials also said there was a delay in the first delivery to leave Ukrainian ports because the buyer had refused delivery, citing a five-month delay in shipment.

Infrastructure Minister Oleksandr Kubrakov said on social media that a cargo ship carrying grain had departed for the first time from the Black Sea port of Pivdennyi.