Cheaper, changing and crucial: the rise of solar power

Generating power from sunlight bouncing off the ground, working at night, even helping to grow strawberries: solar panel technology is evolving fast as costs plummet for a key segment of the world's energy transition.. India pioneered the use of solar panels over canals a decade ago, reducing evaporation as they generate power.

Generating power from sunlight bouncing off the ground, working at night, even helping to grow strawberries: solar panel technology is evolving fast as costs plummet for a key segment of the world's energy transition.

The International Energy Agency says solar will have to scale up significantly this decade to meet the Paris climate target of limiting temperature rises to 1.5 degrees Celsius above pre-industrial levels.

The good news is that costs have fallen dramatically.

In a report on solutions earlier this year, the Intergovernmental Panel on Climate Change said solar unit costs had dropped 85 percent between 2010 and 2019, while wind fell 55 percent.

"There's some claim that it's the cheapest way humans have ever been able to make electricity at scale," said Gregory Nemet, a professor at the University of Wisconsin–Madison and a lead author on that report.

Experts hope the high fossil fuel prices and fears over energy security caused by Russia's invasion of Ukraine will accelerate the uptake of renewables.

Momentum gathered pace on Sunday with the ambitious US climate bill, which earmarks $370 billion in efforts to cut greenhouse gas emissions by 40 percent by 2030.

An analysis by experts at Princeton University estimates the bill could see five times the rate of solar additions in 2025 as there were in 2020.

Nemet said solar alone could plausibly make up half of the world's electricity system by mid-century, although he cautioned against looking for "silver bullets".

"I think there really is big potential," he told AFP. 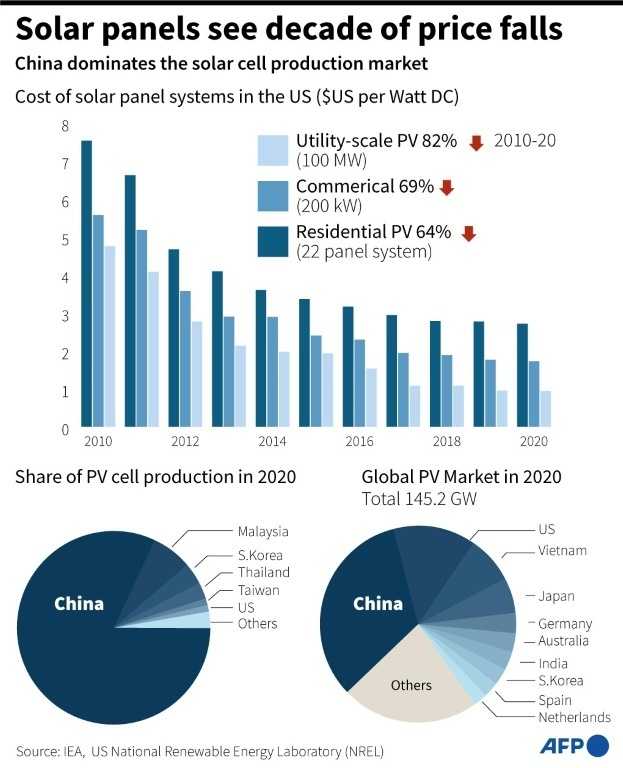 The "photovoltaic effect" -- the process by which solar cells convert sunlight to electrical energy -- was first discovered in 1839 by the French physicist Edmond Becquerel.

After decades of innovations, silicon-based solar cells started to be developed in the United States in the 1950s, with the world's first solar-powered satellite launched in 1958.

The IPCC said of all energy technologies, small-scale ones like solar and batteries have so far proved quicker to improve and be adopted than bulkier options like nuclear.

Today, almost all of the panels glimmering on rooftops and spreading across vast fields are made in China using silicon semiconductors.

But the technology is changing quickly.

In a recent report, the IEA said these new solar cells have proven to be one-fifth more efficient in converting light to energy than standard modules installed just four or five years ago.

There are also a host of new materials and hybrid cells that experts predict could supercharge efficiency.

These include cheap, efficient and lightweight "thin film" technologies, like those using perovskites that can be printed from inks.

Experts say they raise the prospect of dramatically expanding where solar energy can be harvested -- if they can be made durable enough to withstand a couple of decades of use.

Recent research has raised hopes that it could be possible.

In one study, published in the journal Science in April, scientists added metal-containing materials to perovskite cells, making them more stable with efficiency near traditional silicon models.

One study in Nature used "tandem" models, with perovskite semiconductors to absorb near-infrared light on the solar spectrum, while an organic carbon-based material absorbed ultraviolet and visible parts of the light.

And what happens after sunset?

Researchers from Stanford said this year they had produced a solar cell that could harvest energy overnight, using heat leaking from Earth back into space.

"I think that there's a lot of creativity in this industry," said Ron Schoff, who heads the Electric Power Research Institute's Renewable Energy and Fleet Enabling Technologies research. 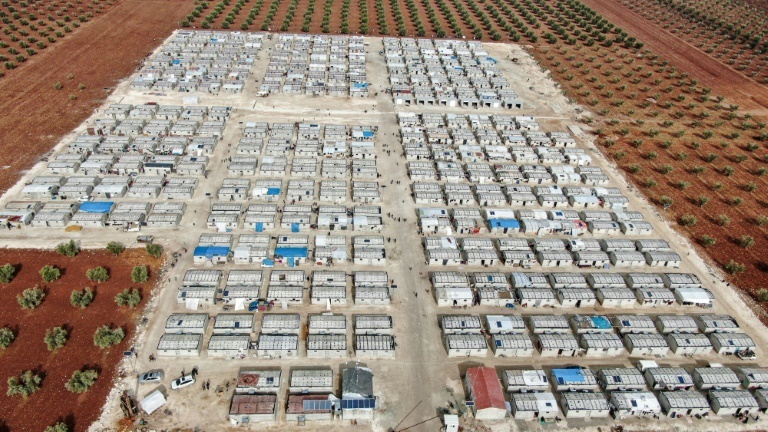 Generating more energy from each panel will become increasingly crucial as solar power is rolled out at greater scale, raising concerns about land use and harm to ecosystems.

Schoff said one efficiency-boosting design that is becoming more popular for large-scale projects is "bifacial" solar.

These double-sided units absorb energy not just directly from the sun's rays, but also from light reflected off the ground beneath.

Other solutions involve using the same space for multiple purposes -- like semi-transparent solar panels used as a protective roof for strawberry plants or other crops.

India pioneered the use of solar panels over canals a decade ago, reducing evaporation as they generate power.

Scientists in California have said that if the drought-prone US state shaded its canals, it could save around 63 billion gallons.

Construction on a pilot project is due to begin this year.

Experts say solar will be among a mix of energy options, with different technologies more suitable for different places.

Consumers can also play their part, said Nemet, by shifting more of their energy use to daytime periods, or even hosting their own solar networks in an Airbnb-style approach. 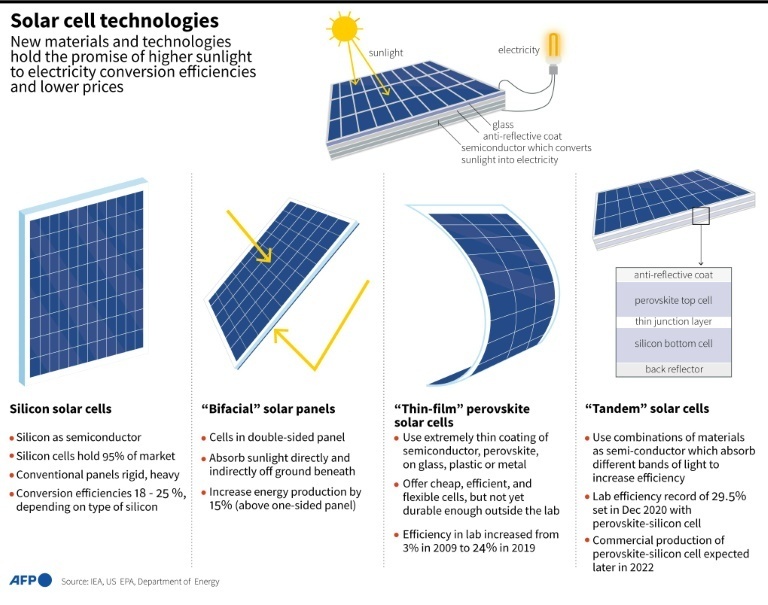 He said the modular nature of solar means it can be rolled out in developing countries with sparse access to traditional grids.

"You could have solar on something as small as a watch and something as big as the biggest power plants in the world," he said.

"I think that's what's making people excited about it." 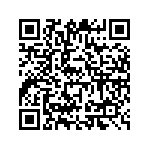