Firefighters on Wednesday declared that a days-old blaze engulfing a fuel depot has finally been brought under control, although not yet extinguished.. Earlier on Wednesday, the crew of a Mexican helicopter battling the blaze had said it was beginning to be controlled.

Firefighters on Wednesday declared that a days-old blaze engulfing a fuel depot has finally been brought under control, although not yet extinguished.

The fire, which started on Friday after lightning struck one of the tanks at the depot outside the western city of Matanzas, left a 60-year-old firefighter dead and 14 colleagues missing, feared dead, according to authorities.

"We can now say that the fire is under control," said deputy fire chief Alexander Avalos Jorge.

Four of the eight tanks at the site -- each with the capacity to hold 50 million liters of fuel -- collapsed during the blaze that injured more than 100 people, with 22 still receiving hospital treatment.

"Today we feel more calm," said Avalos, although he revealed there were still some fires burning and that they will not be put out on Wednesday.

Cuba has received support from Venezuela and Mexico, who both sent firefighters, fuel fire experts, equipment and materials.

Earlier on Wednesday, the crew of a Mexican helicopter battling the blaze had said it was beginning to be controlled.

Images supplied by the helicopter crew showed less smoke coming from one of the burning tanks than on previous days, while the crew said the flames engulfing another tank had practically gone out.

From the city of Matanzas, some four kilometers from the depot, less smoke and flames were visible than on previous days, AFP reporters noted.

On Tuesday, Cuba President Miguel Diaz-Canel told reporters that once the flames have been extinguished and the temperature has dropped "we will be able to go in and recover the victims," in reference to the missing firefighters.

"It will be a very tough moment. We will have to be prepared to support these families."

The Matanzas depot, built in the 1980s and modernized several times, supplies the Antonio Guiteras thermoelectric plant, the largest in the communist nation.

The plant resumed activities on Wednesday after a two-day shutdown due to contaminated water caused by the depot fire.

The disaster comes at a time when Cuba -- with an outdated energy network and persistent fuel shortages -- has faced mounting difficulties in meeting energy demands. 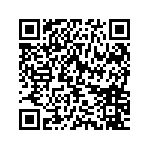