Russian investigators on Wednesday launched a criminal probe against Marina Ovsyannikova, who denounced President Vladimir Putin's attack on Ukraine on live TV, and detained the journalist, her lawyer said.. The criminal probe against Ovsyannikova was launched after two Moscow courts ordered the journalist to pay fines for discrediting the Russian army on various occasions.

Russian investigators on Wednesday launched a criminal probe against Marina Ovsyannikova, who denounced President Vladimir Putin's attack on Ukraine on live TV, and detained the journalist, her lawyer said.

In mid-July, Ovsyannikova staged a one-woman protest near the Kremlin, holding a poster that read "Putin is a murderer, his soldiers are fascists."

Three "blood-soaked" toy dolls were laid on the ground in front of her.

She now faces up to 10 years in prison, if convicted.

"A criminal case has been launched," lawyer Dmitry Zakhvatov told AFP, adding they were waiting for investigators to decide on a pre-trial measure for the 44-year-old.

Ovsyannikova has been charged with spreading information about the Russian armed forces deemed false by the government and will spend the night in pre-trial detention, said Zakhvatov.

In an interview with AFP last week, Ovsyannikova had expressed hope that the authorities would not place her in pre-trial detention because she has two children.

Writing on messaging app Telegram earlier in the day, Ovsyannikova said that 10 members of law enforcement had raided her home at 6:00 am (0300 GMT).

"They scared my young daughter," she added.

In March, Ovsyannikova, then an editor at Channel One television, shot to prominence when she barged onto the set of its flagship Vremya (Time) evening news, holding a poster reading "No War" in English.

Criticism of Putin's decision to send troops to Ukraine has been virtually outlawed in Russia, and her protest made headlines around the world.

French President Emmanuel Macron has offered Ovsyannikova, who worked for Russian state TV for 19 years, asylum or other forms of consular protection.

Putin launched the attack on Ukraine after a historic crackdown on the opposition, with top Kremlin critic Alexei Navalny in prison and his political organisations outlawed.

Authorities are now seeking to snuff out the last vestiges of dissent, and nearly all well-known activists are now in jail or out of the country.

The criminal probe against Ovsyannikova was launched after two Moscow courts ordered the journalist to pay fines for discrediting the Russian army on various occasions.

Writing on Telegram on Wednesday, she said that more than 350 children had already died in Ukraine.

"How many children have to die before you stop?" she added.

In early July, she announced that she was returning to Russia to settle a dispute over the custody of her two children.

Since her return, Ovsyannikova came out to support opposition politician Yashin in court and published anti-government posts online. She was briefly detained by police near her home in mid-July.

While many hailed Ovsyannikova, her TV protest in March has also drawn hostile reactions from many quarters.

Some members of the Russian opposition have blamed her for jumping ship in an opportunistic move and seeking fame.

Anti-Kremlin satirist and commentator Viktor Shenderovich said on Wednesday he was wrong about Ovsyannikova.

"I was sceptical about what Channel One editor Marina Ovsyannikova had done -- and it turns out I was wrong," he wrote on Facebook.

"Today Marina pays a serious price for this, and deserves both respect and support."

Ovsyannikova had told AFP last week her fate was "unenviable" but that she would continue speaking up.

"I do not plan to stop, I am not afraid despite the constant intimidation from the authorities." 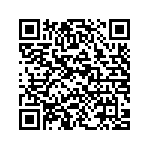