More than two decades of devastating drought worsened by man-made climate change mean California must harvest, recycle and desalinate much more water, the state's governor said Thursday.. "Regardless of drought or flood, in this changed climate there will be less water available for people to use," the state's 16-page plan says.

"Climate change means drought won't just stick around for two years at a time like it historically has," Newsom said in a statement.

"Drought is a permanent fixture here in the American West and California will adapt to this new reality."

The blueprint unveiled Thursday calls for more above-ground storage, as well as better ways to capture the billions of gallons of rain that usually just run into the ocean.

It also includes plans to recycle much more water and to desalinate seawater.

The American West is more than 20 years into its worst drought in over a millennium.

As part of efforts to ride out the drought, residents in southern California have been told not to water their lawns more than once or twice a week -- the cause of much grumbling among some of the area's wealthiest homeowners.

Scientists predict that California's already-stretched water supplies will dwindle a further 10 percent over the coming decades, with the current drought believed to be part of a long-term aridification of the region.

That process is being hastened by global warming, where humanity's unchecked burning of fossil fuels continues to pump insulating gases such as carbon dioxide into the atmosphere.

The planet has already warmed by an average of 1.2 degrees Celsius since pre-industrial times, and is expected to get even hotter, even if governments meet their pollution reduction targets.

The higher temperatures exacerbate the effects of the drought, with more moisture evaporating from the soil even as plants try to suck more of it up -- leaving less to flow into rivers and streams.

"Regardless of drought or flood, in this changed climate there will be less water available for people to use," the state's 16-page plan says.

"California must capture, recycle, de-salt, and conserve more water... to put to use water that would otherwise be unusable, stretch supplies with efficiency, and expand our capacity to bank water from big storms for dry times." 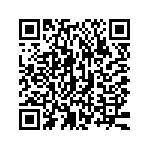 Cheaper, changing and crucial: the rise of solar power