Drought tightens its grip on Morocco

Mohamed gave up farming because of successive droughts that have hit his previously fertile but isolated village in Morocco and because he just couldn't bear it any longer.. But it is not just his village that is suffering -- all of the North African country has been hit.

Mohamed gave up farming because of successive droughts that have hit his previously fertile but isolated village in Morocco and because he just couldn't bear it any longer.

"To see villagers rush to public fountains in the morning or to a neighbour to get water makes you want to cry," the man in his 60s said.

"The water shortage is making us suffer," he told AFP in Ouled Essi Masseoud village, around 140 kilometres (87 miles) from the country's economic capital Casablanca.

But it is not just his village that is suffering -- all of the North African country has been hit.

No longer having access to potable running water, the villagers of Ouled Essi Masseoud rely solely on sporadic supplies in public fountains and from private wells.

"The fountains work just one or two days a week, the wells are starting to dry up and the river next to it is drying up more and more," said Mohamed Sbai as he went to fetch water from neighbours. 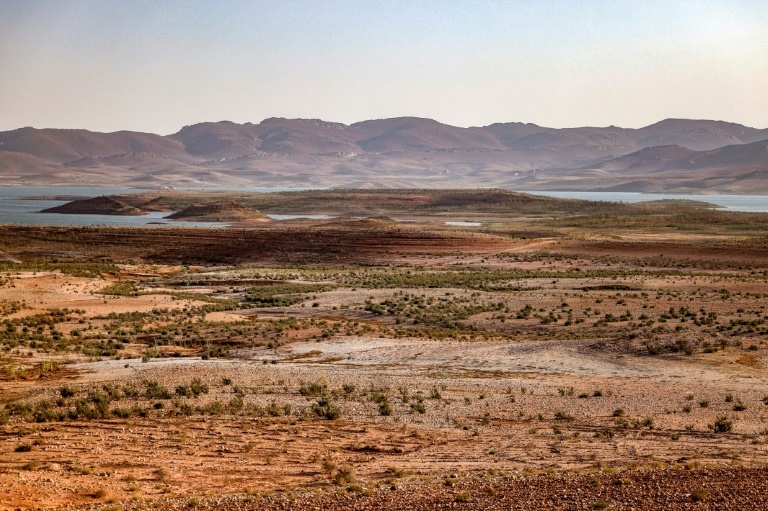 The situation is critical, given the village's position in the agricultural province of Settat, near the Oum Errabia River and the Al Massira Dam, Morocco's second largest.

Its reservoir supplies drinking water to several cities, including the three million people who live in Casablanca. But latest official figures show it is now filling at a rate of just five percent.

Al Massira reservoir has been reduced to little more than a pond bordered by kilometres of cracked earth.

Nationally, dams are filling at a rate of only 27 percent, precipitated by the country's worst drought in at least four decades.

At 600 cubic metres (21,000 cubic feet) of water annually per capita, Morocco is already well below the water scarcity threshold of 1,700 cubic metres per capita per year, according to the World Health Organization.

A July World Bank report on the Moroccan economy said the decrease in the availability of renewable water resources put the country in a situation of "structural water stress".

Illegal withdrawals from wells, springs or waterways have also been prohibited.

In the longer term, the government plans to build 20 seawater desalination plants by 2030, which should cover a large part of the country's needs.

"We are in crisis management rather than in anticipated risk management," water resources expert Mohamed Jalil told AFP.

He added that it was "difficult to monitor effectively the measures taken by the authorities".

He said such agriculture relies on drip irrigation which, although it can save water, paradoxically results in increased consumption as previously arid areas become cultivable.

The World Bank report noted that cultivated areas under drip irrigation in Morocco have more than tripled.

It said that "modern irrigation technologies may have altered cropping decisions in ways that increased rather than decreased the total quantity of water consumed by the agricultural sector". 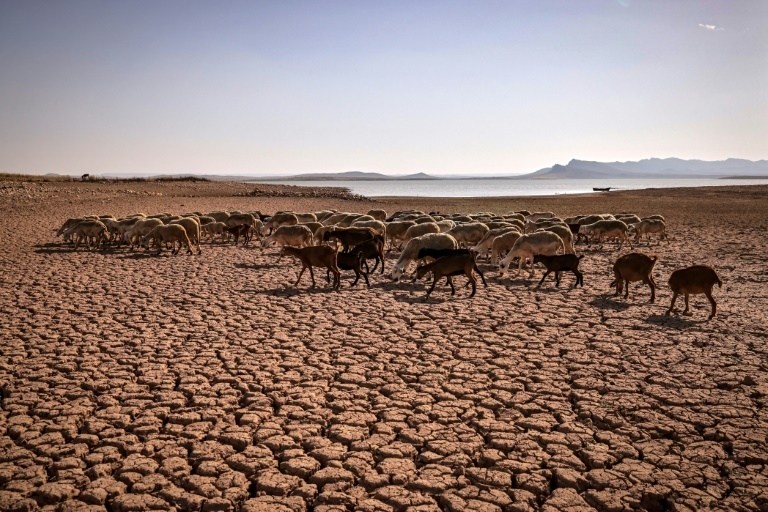 More than 80 percent of Morocco's water supply is allocated to agriculture, a key economic sector that accounts for 14 percent of gross domestic product.

Mohamed, in his nineties, stood on an area of parched earth not far from the Al Massira Dam.

"We don't plough the land anymore because there is no water," he said, but added that he had to "accept adversity anyway because we have no choice".

Soufiane, a 14-year-old shepherd boy, told AFP: "We are living in a precarious state with this drought.

"I think it will get even worse in the future."