Rescuers trying to enter a flooded Mexican coal mine where 10 workers have been trapped for more than a week have encountered obstructions blocking their advance, authorities said Thursday.. According to authorities, the flood occurred as miners were carrying out excavation work and hit an adjoining mine full of water.

Rescuers trying to enter a flooded Mexican coal mine where 10 workers have been trapped for more than a week have encountered obstructions blocking their advance, authorities said Thursday.

A soldier wearing a helmet and military fatigues and equipped with a scuba tank descended into one of the mine shafts in a metal cage on Wednesday, emerging minutes later visibly wet.

The rescue team made four attempts to explore the crudely constructed El Pinabete mine in the northern state of Coahuila, but debris prevented them from entering the main tunnel below, officials said.

"They found that they don't have room to move forward. There are obstructions," Defense Minister Luis Cresensio Sandoval said.

Five workers managed to escape in the initial aftermath of the accident on August 3, but there has been no contact with the others.

Two underwater drones have been deployed in the operation in Agujita, as have hundreds of soldiers and other rescuers, 25 water pumps and seven drills. 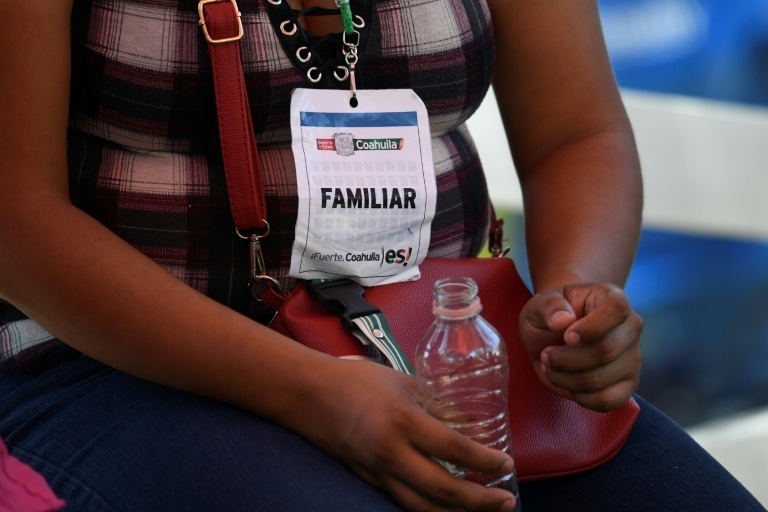 According to authorities, the flood occurred as miners were carrying out excavation work and hit an adjoining mine full of water.

The focus so far has been on pumping out water from the 60-meter (200-feet) deep mine.

The water in the shafts had fallen significantly, from more than 30 meters, but was still several meters deep, authorities said.

"We will be evaluating it throughout the day. We have to be careful not to endanger anyone," civil defense national coordinator Laura Velazquez said.

Prosecutors have announced an investigation into the accident, the likes of which are common in Coahuila, Mexico's main coal-producing region.

The worst was an explosion that claimed 65 lives at the Pasta de Conchos mine in 2006.

Frustration was growing in the tight-knit mining community with each passing day.

"It's been eight days now. We're running out of hope because they (authorities) don't give us any information to give us hope," a miner and volunteer rescuer who did not want to be named told AFP. 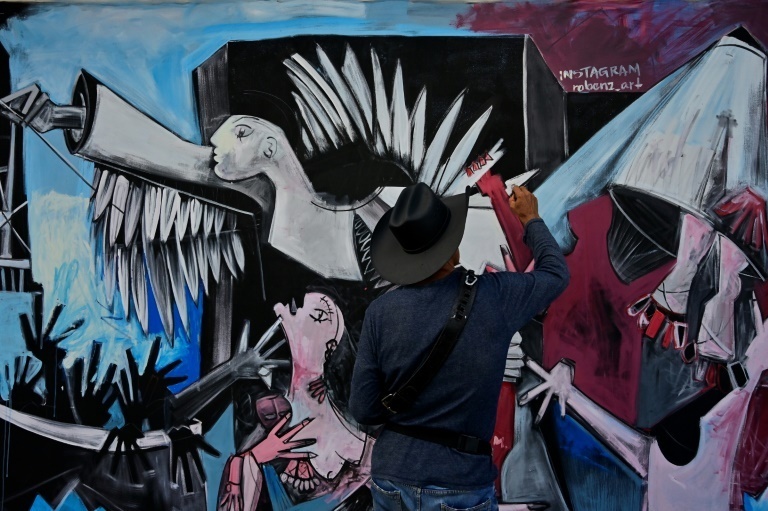 The government's announcement on Wednesday that rescuers were close to entering the mine was greeted with caution by anxious relatives.

"Let's hope that now it's true. Every day they say the same thing," said Juan Orlando Mireles, whose father is among the missing.

Artist Roberto Marquez has traveled 800 kilometers (500 miles) to Agujita from Dallas, Texas with the canvas on which he has depicted the missing miners.

The 60-year-old Mexican painter goes around the world capturing tragedies, but also the hope that emanates from them.

"We wish that our brothers come out alive," said Marquez, who also painted a mural in San Antonio, Texas, after more than 50 migrants who had been abandoned in a trailer died in June. 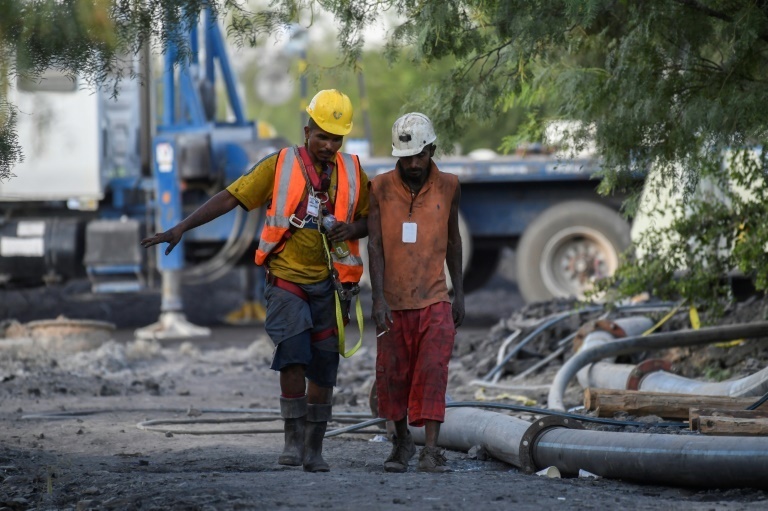 He also created another after the massacre of 19 children and two teachers at a school in Uvalde, Texas in May, and one near the Ukrainian capital Kyiv in the first weeks of the Russian invasion.

"It has to be a message of support," said the artist, who put his work -- reminiscent of Mexican muralism and Pablo Picasso's "Guernica" painting -- on display near the mine entrance with the help of relatives.

Angelica Solano, a 58-year-old housewife living nearby, came bearing trays of food for relatives and rescuers.

"Every time there's a disaster or someone needs our support, we have always done it as a family," she said.

"We have to put ourselves in the shoes of the people who always need us," she added.