An Australian economist detained by Myanmar's junta has pleaded not guilty to breaching the colonial-era official secrets act, a source close to the case said on Friday.  . He pleaded not guilty," said the source, who added the economist was in good health.

An Australian economist detained by Myanmar's junta has pleaded not guilty to breaching the colonial-era official secrets act, a source close to the case said on Friday.

Sean Turnell was working as an adviser to Myanmar's civilian leader Aung San Suu Kyi when he was detained shortly after the coup that ousted her government in February last year.

On trial in a secretive junta court that journalists cannot access, he faces a maximum penalty of 14 years in prison if found guilty.

Turnell "testified in court yesterday... He pleaded not guilty," said the source, who added the economist was in good health.

Since seizing power, Myanmar's military government has detained thousands of pro-democracy protesters, with many facing charges that rights groups have decried as politically motivated.

The exact details of Turnell's alleged offence have not been made public, although state television has said he had access to "secret state financial information" and had tried to flee the country.

In June, his trial was shifted to a special court inside a prison compound in the capital Naypyidaw.

Turnell and co-accused Suu Kyi had earlier appeared at weekly hearings in a special court in the sprawling, military-built capital.

Suu Kyi -- who faces a raft of charges that could see her jailed for more than 150 years -- also appeared in good health at Thursday's hearing, the source said.

Journalists have been barred from proceedings in the junta court and defence lawyers have been slapped with a gag order banning them from talking to the media.

Turnell was in the middle of a phone interview with the BBC when he was detained after the coup.

"I've just been detained at the moment, and perhaps charged with something, I don't know what that would be, could be anything at all of course," Turnell told the broadcaster at the time.

The Australian government has not joined other Western governments in sanctioning Myanmar, but Foreign Minister Penny Wong says such a move remains under "active consideration".

Australian diplomats have been lobbying Southeast Asian countries to assist with the case and Cambodian Prime Minister Hun Sen has made a direct plea to the junta for Turnell's release. 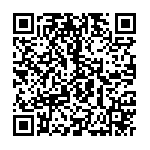