US lawmakers on Friday were expected to adopt President Joe Biden's sprawling climate, tax and health care plan -- a major win for the veteran Democrat that includes the biggest ever American investment in the battle against global warming.. The plan includes a $370 billion investment aimed at effecting a 40 percent drop in greenhouse gas emissions by 2030 -- the largest ever commitment to fighting climate change by the world's biggest economy, and one of its worst polluters.

US lawmakers on Friday were expected to adopt President Joe Biden's sprawling climate, tax and health care plan -- a major win for the veteran Democrat that includes the biggest ever American investment in the battle against global warming.

The awaited passage in the House of Representatives comes after approval of the bill in the Senate by a razor-thin margin, with Vice President Kamala Harris casting the tie-breaking vote, and would send the bill to Biden for his signature.

That would hand Biden a clear victory on one of his top policy priorities heading into November's crucial midterm elections, with his Democratic Party's control of Congress in the balance.

It also would help restore a semblance of US leadership in the fight to cut carbon emissions.

"It would really be hard to overstate the importance of this bill," Dan Lashof, the director of the World Resources Institute, said earlier this week.

"By creating a very strong incentive to invest in wind and solar, it will essentially dry up the market for coal-fired electricity over the next decade."

The plan includes a $370 billion investment aimed at effecting a 40 percent drop in greenhouse gas emissions by 2030 -- the largest ever commitment to fighting climate change by the world's biggest economy, and one of its worst polluters.

The so-called "Inflation Reduction Act" also would provide $64 billion for health care initiatives and ensure lower costs for some drugs, which can be 10 times more expensive in the United States than in some other rich nations. 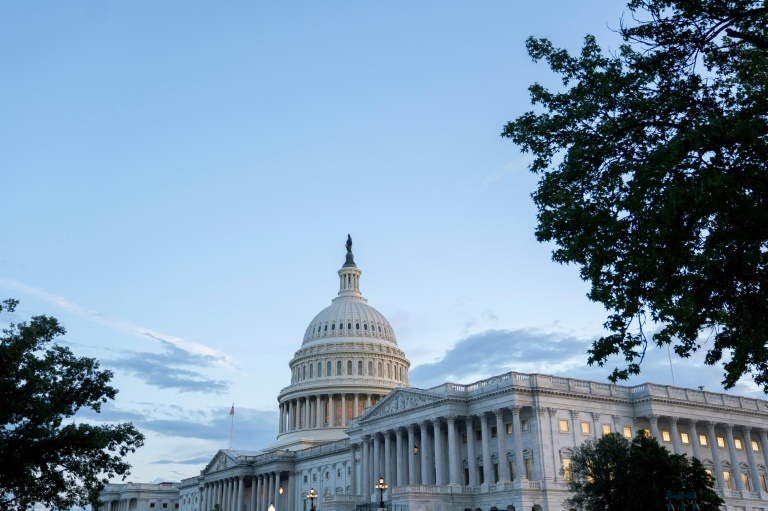 After the Senate passed the measure, Biden said in a statement: "I look forward to signing it into law."

But conservative lawmakers have criticized the bill as wasteful spending, and no Republican senators supported it.

"Democrats are jamming through Congress a bill spending hundreds of billions of dollars our country doesn't have, on far-left policies our country cannot afford," Republican lawmaker Lee Zeldin tweeted. "I am 100% voting NO."

In the House, the Democrats hold a slender majority that is expected to hold. Three hours of debate began shortly before noon (1600 GMT), with a vote expected after that.

Rather than attempting to punish the biggest polluters in corporate America, the bill instead proposes a series of financial incentives aimed at steering the country away from fossil fuels.

It would provide Americans with a tax credit of up to $7,500 when purchasing an electric car, plus a 30 percent discount when they install solar panels on their roofs.

The legislation would also provide millions to help protect and conserve forests, which have been ravaged in recent years by wildfires during record heat waves that scientists say are linked to global warming.

Billions of dollars in tax credits would also go to some of the country's worst-polluting industries to help their transition to greener methods -- a measure bitterly opposed by progressive Democrats who have, however, accepted this as the best option after months of inaction and frustration.

But they long ago had to give up their ambitions for free preschool and community colleges and expanded health care for the elderly.

Their fellow Democrats are keen to hammer through the legislation without changes, to reap the political benefits in the run-up to November's key elections. 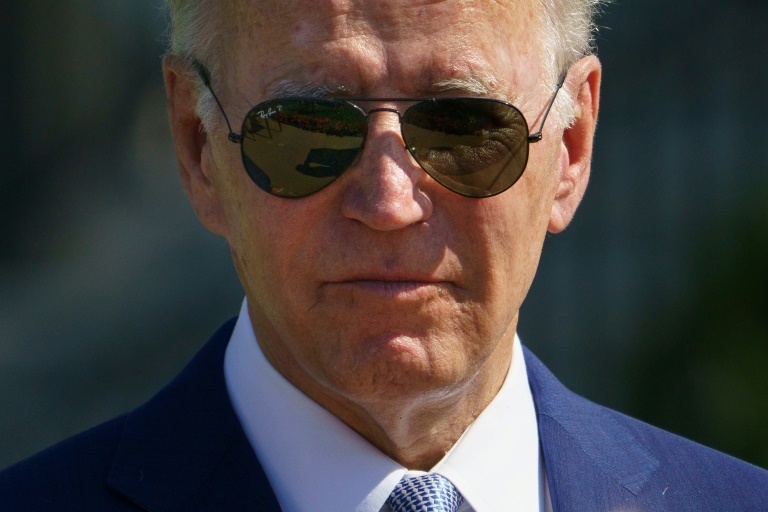 Biden came to office with promises of sweeping reforms, but has repeatedly seen his hopes dashed, revived and dashed again.

The 50-50 split in the Senate, with Harris as the tie-breaker, has effectively given a veto to moderates such as Joe Manchin of West Virginia, who used that power to block Biden's much more expansive Build Back Better plan.

To help offset the plan's massive spending, it would reduce the US deficit through a new 15 percent minimum tax on companies with profits of $1 billion or more -- a move targeting some that now pay far less.

That measure could generate more than $258 billion in tax receipts for the government over the next 10 years, by some estimates. 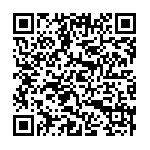 US Senate adopts sweeping climate and health plan, in major victory for Biden