Strapped in tight, the prone poodle nervously eyes the vet as he gently sticks fine needles into its back and paws, summoning the ancient art of acupuncture to treat the pet's aches and pains.. "You have to communicate with them, treat them gently, reassure them that you're not here to hurt them."

Strapped in tight, the prone poodle nervously eyes the vet as he gently sticks fine needles into its back and paws, summoning the ancient art of acupuncture to treat the pet's aches and pains.

Duniu is just one of a growing number of animals being signed up for traditional medicine in China -- care their masters say is less invasive and comes with fewer side effects than conventional treatments.

In one Beijing practice, pets of all shapes and sizes come for treatments.

"The advantage of traditional Chinese medicine is that there is no surgery," 38-year-old Zhai Chunyu tells AFP, accompanied by Duniu, his poodle.

"So the animal's suffering is reduced." 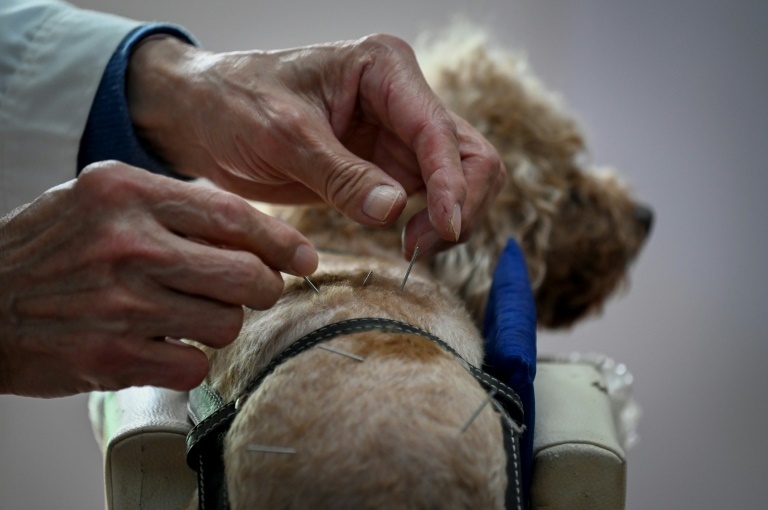 At just three years old, Duniu suffers from Legg-Calve-Perthes disease, which affects the thigh bone and can lead to painful osteoarthritis.

"He was in so much pain that he could no longer put his paw on the ground" and "had no appetite", says Zhai, who works in finance.

"A doctor advised me to have the head of the femur removed. But I didn't want to because I have another poodle who has been there and he suffered a lot from the operation and the after-effects."

But then a friend advised him to try acupuncture.

"After five to six sessions, we saw the results. Duniu manages to walk and even run a little now," Zhai says.

Animal acupuncture is centuries old in China, says veterinarian Li Wen, who founded his practice in 2016. 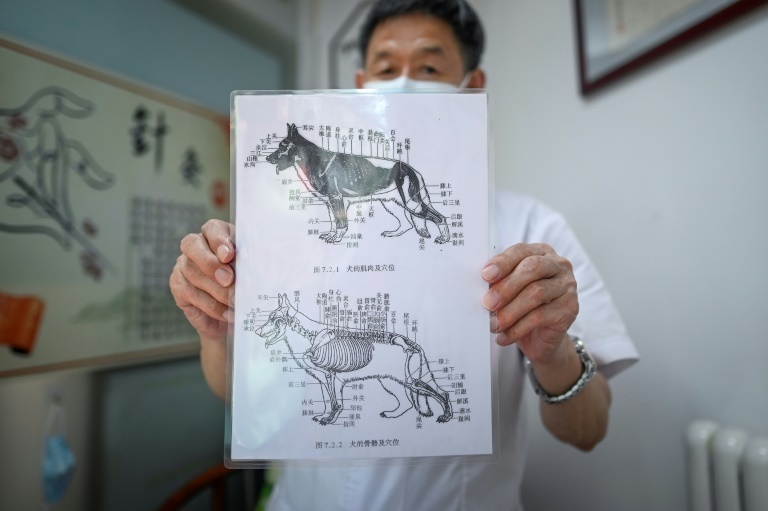 "Traditional Chinese medicine is not intended to replace conventional medicine" because "both have their strengths" and are complementary, he says.

Before starting the treatment, the vet first checks the animal's body, examines its eyesight and the colour of its tongue, takes its pulse and asks its owner questions.

He then plants his needles at acupuncture points specific to dogs and cats.

"Out of the 10 animals that I receive on average every day, there are always one or two who rebel," Li says.

"You have to communicate with them, treat them gently, reassure them that you're not here to hurt them."

Recordings of soft bamboo flute music and the chirping of birds are played at the clinic to help the animals relax. 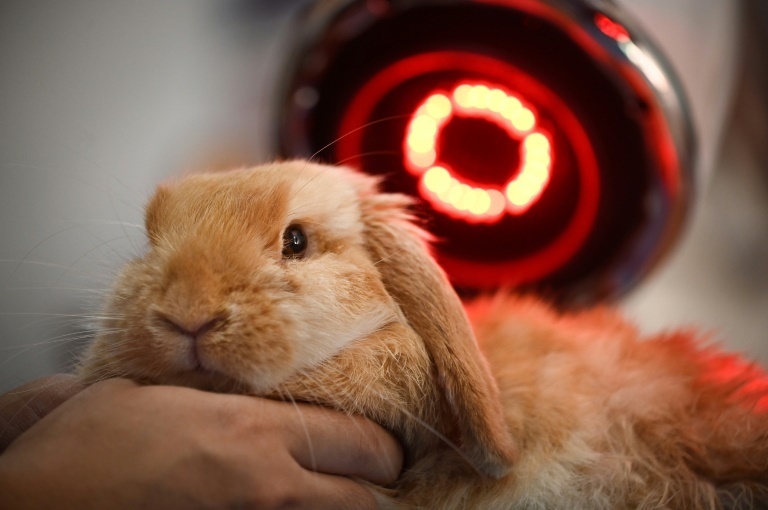 But acupuncture can also be used for ailments when no other treatment is available.

That was the case with Xiaomei, a 12-year-old male Labrador suffering from nerve compression in his lower back.

"Last September, after swimming, he was unable to get back on his feet. A veterinarian then told us that it was impossible to treat and that he would become paralysed," his owner Ma Li, 41, tells AFP.

"Thanks to acupuncture, he still has difficulties but can walk normally and even run."

"The first time, he was scared," says Yang Lihua, a 65-year-old retiree accompanied by her Pekingese Niannian, who is suffering from a herniated disc.

"Now he loves it! After the session, he is so relaxed that he sleeps in the car on the way home." 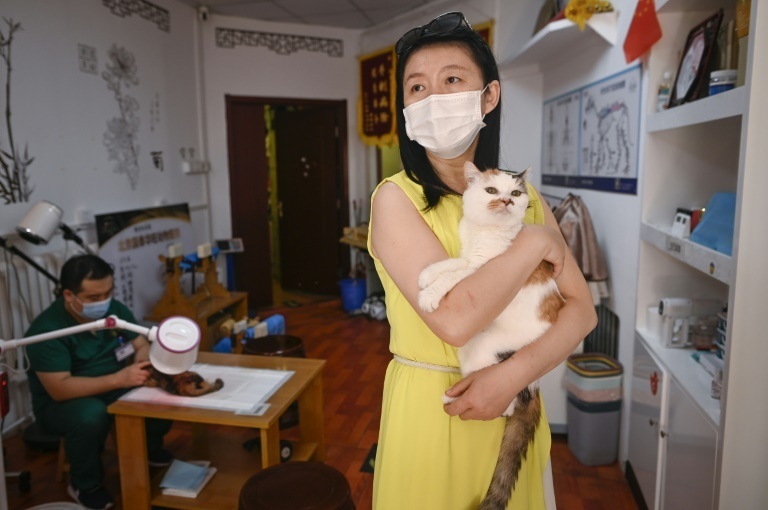 The acupuncture market for animals remains limited for the moment, Li says.

"As education levels, living conditions improve and incomes rise, more and more people are realising the benefits of this medicine."

Ma's Labrador jumps into the back seat of her mistress's car after her session, looking content.

"Doesn't he look happy?" she exclaims. China's mega-rich move their wealth, and partying, to Singapore