Some 300 firefighters spent a difficult night battling a huge wildfire in southeastern Spain that has burnt through nearly 10,000 hectares in an area notoriously difficult to access, officials said Tuesday.. Firefighters elsewhere in the region were also battling two other wildfires north of Valencia city, with hundreds of firefighters and at least 10 firefighting planes engaged in the operation, officials said.

Some 300 firefighters spent a difficult night battling a huge wildfire in southeastern Spain that has burnt through nearly 10,000 hectares in an area notoriously difficult to access, officials said Tuesday.

The fire began when lightning hit the Vall de Ebo area in the province of Alicante late Saturday and has since spread rapidly, fuelled by strong winds, forcing the evacuation of more than 1,000 people, Valencia's regional government said.

"At the moment, we are talking about more than 9,500 hectares (235,000 acres) burnt with a perimeter of 65 kilometres (40 miles)," regional president Ximo Puig said late Monday, describing the blaze as "absolutely huge".

"It's a very complicated situation... The fire is creating enormous difficulties that are absolutely impossible to tackle with the speed we would like."

Firefighters elsewhere in the region were also battling two other wildfires north of Valencia city, with hundreds of firefighters and at least 10 firefighting planes engaged in the operation, officials said.

Further north, firefighters in the Aragon region were battling another major blaze that broke out Saturday and has burnt more than 6,000 hectares of land, forcing at least 1,500 people from their homes.

Meanwhile, a huge wildfire in central Portugal that raged for a week in a UNESCO-designated natural park and was finally brought under control on Friday night, flared up again Tuesday, the civil protection authority said.

More than 1,200 firefighters had been drafted in to tackle the blaze, which has already consumed some 15,000 hectares and was "burning fiercely" with the flames whipped up by strong winds, the authority said. 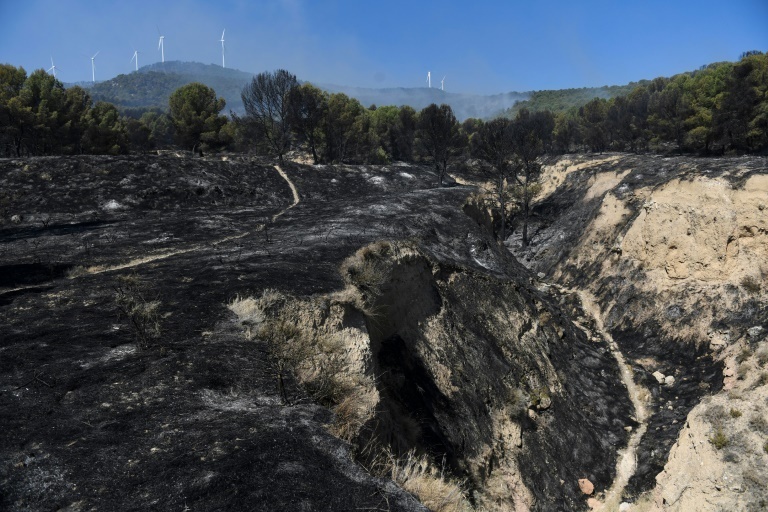 So far this year, Spain has suffered 391 wildfires, fuelled by scorching temperatures and drought conditions, which have destroyed a total of 271,020 hectares of land, according to the latest figures from the European Forest Fire Information System (EFFIS).

This year's fires in Spain have been particularly devastating, destroying more than three times the area consumed by wildfires in the whole of 2021, which amounted to 84,827 hectares, the figures show.

Portugal has suffered 195 wildfires so far this year, which have ravaged 84,717 hectares of land, EFFIS figures show.

Fires have blazed across Europe, particularly in France, Greece and Portugal, making 2022 a record year for wildfires on the continent.

The blaze in Portugal's Serra da Estrela natural park started on August 6 outside the central town of Covilha and authorities have deployed 373 fire engines and 12 planes and helicopters to bolster firefighters' attempts to tame it. 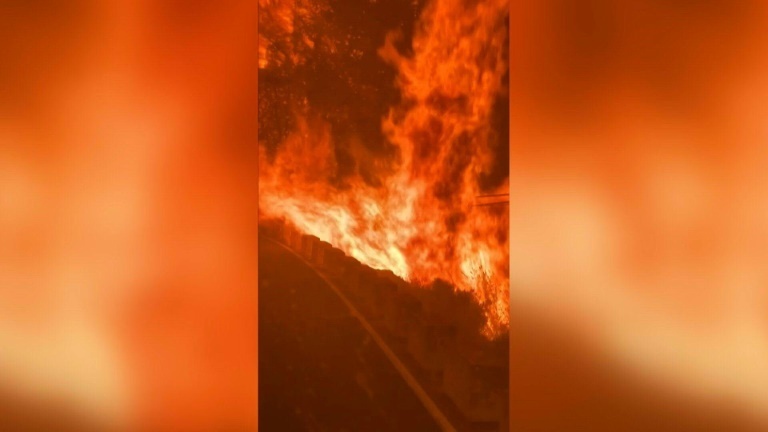 The blaze has so far left three people seriously hurt and 19 others less seriously while 45 people have been evacuated as a precaution since Monday as Portugal battles its worst forest fires since 2017 when some 100 lives were lost.

Portugal's civil protection agency head Andre Fernandes warned of the probability the fire would spread and said attempts to stabilise it were liable to be hampered by wind. 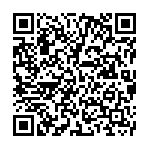 Neglected forests at the mercy of wildfires in Spain, Portugal