Forest fires supercharged by climate change are burning twice as much global tree cover as 20 years ago, according to a data Wednesday showing the equivalent of 16 football pitches are now lost every minute.. The data showed 2021 to be one of the worst years for forest fires since the turn of the century, causing 9.3 million hectares of tree cover loss globally.

Forest fires supercharged by climate change are burning twice as much global tree cover as 20 years ago, according to a data Wednesday showing the equivalent of 16 football pitches are now lost every minute.

The research showed in unprecedented detail how wildfires have progressed over the past two decades, with the blazes claiming an estimated three more million hectares each year -- an area the size of Belgium -- compared with 2001.

The study showed that the majority of tree cover loss is occurring in the boreal forests that blanket much of Russia, Canada and Alaska, which are among the largest storers of carbon on Earth.

Researchers from the University of Maryland used satellite imagery to map areas of tree cover lost, including that burned by what are known as stand-replacing forest fires.

These are fires that kill all or most of the forest's canopy and which cause long-term changes to forest structure and soil chemistry.

The data showed 2021 to be one of the worst years for forest fires since the turn of the century, causing 9.3 million hectares of tree cover loss globally. 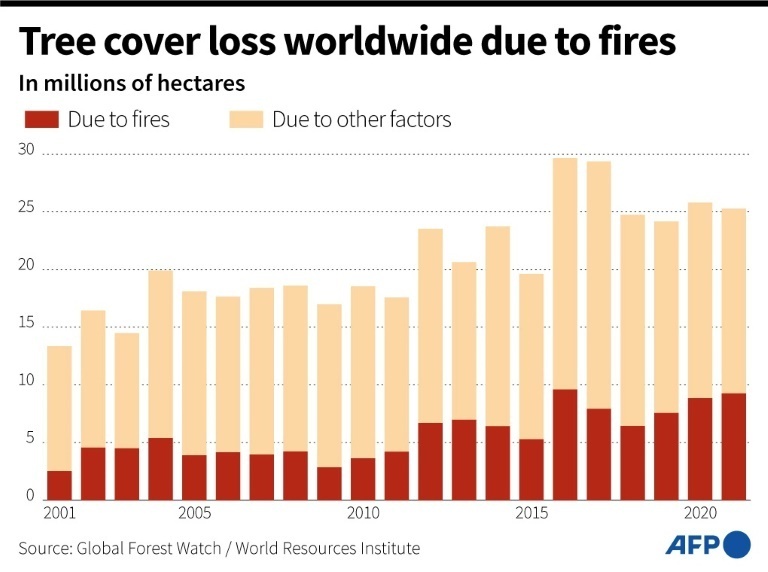 That was more than a third of all the forest lost last year, according to the data, compiled by Global Forest Watch and the World Resources Institute research group.

The European Union's satellite monitoring service said last week that western Europe had experienced record fire activity so far in 2022, with tens of thousands of hectares of forest lost in France, Spain and Portugal.

The researchers said that climate change was likely a "major driver" in increased fire activity, with extreme heat waves that render forests tinder dry already five times more likely today than a century and a half ago.

These drier conditions lead to higher emissions from fires, further exacerbating climate change as part of a "fire-climate feedback loop", they said.

The vast majority -- some 70 percent -- of fire-related tree cover loss over the last two decades occurred in boreal regions, likely because high-latitude regions are warming at a faster rate than the rest of the planet. 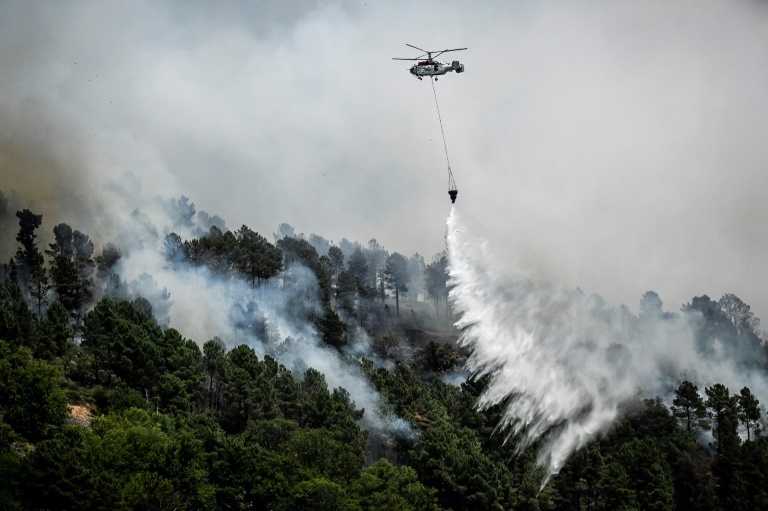 Last year, Russia lost 5.4 million hectares of tree cover due to fires, the highest on record at an increase of 31 percent over 2020.

"This record-breaking loss was due in part to prolonged heatwaves that would have been practically impossible without human-induced climate change," said the study.

The team warned that increased changes to climate and fire activity could eventually turn boreal forests from a carbon sink into a source for carbon emissions.

"In these boreal regions carbon has accumulated in the soil over hundreds of years and has been protected by a moist layer on top," said McCarthy.

"These more frequent and serious fires are burning off this top layer and it's exposing that carbon in the soil."

This century, fire-related tree cover loss in the tropics has increased round five percent -- some 36,000 hectares -- a year, the study showed.

Fire is not the principal cause of forest loss in these regions, with deforestation and forest degradation the main drivers.

But the researchers said that forest loss from deforestation was making it more likely that forests would be lost to fire, as the practice leads to higher regional temperatures and drier vegetation. 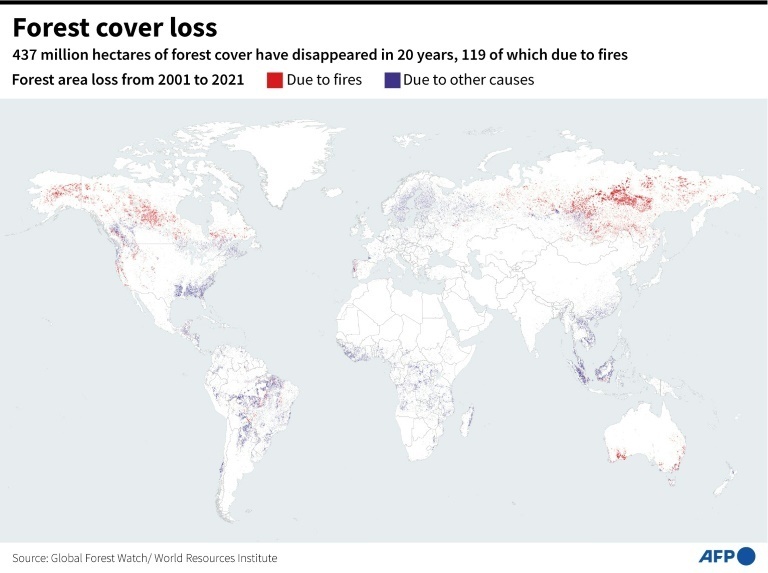 They called on governments to improve forest resilience by ending deforestation and limiting local forest management practices that include controlled burning, which can easily burn out of control particularly during dry spells.

"Forests are one of the best defences we have against climate change," said McCarthy.