J-League leaders Yokohama take on the Spanish legend's Kobe as Asia's top club competition resumes with the East region playing its entire knockout round in the Japanese city of Saitama.

Kobe are aiming to win the continental title for the first time and have assembled a star-studded squad built around the World Cup winner and former Barcelona star.

But Yokohama are riding high in the domestic J-League and Muscat said he was not worried about Iniesta's influence as the two Japanese clubs prepare for the do-or-die continental clash.

"He's obviously had a very distinguished career and it's not only Iniesta -- they have some individuals like we also have some really good individuals that can decide moments in the game," said the Australian.

"We haven't prepared or done anything different for individual players. We prefer to focus on the collective."

Kobe's progress in the Champions League has been in stark contrast to their form in the J-League, where they languish third from bottom with two-thirds of the season gone.

Current boss Takayuki Yoshida -- Kobe's third manager this season -- said Iniesta was likely to play against Yokohama after shaking off an injury.

"It's true that our game changes a little whether he plays or not but that doesn't just go for Andres -- each player has his own characteristic and the team changes according to that," said Yoshida.

Daegu FC and Jeonbuk Hyundai Motors are set to square off in an all-South Korean round-of-16 clash earlier on Thursday.

Daegu are in crisis mode after manager Alexandre Gama quit on Sunday following a shocking run of results.

"Of course, Jeonbuk are a very strong team and not many teams in Asia can beat them," said the former assistant.

"But we have beaten them before and if we have the mindset that we can beat them tomorrow, we can get an amazing result."

The round of 16 will continue on Friday when Hong Kong's Kitchee take on Thailand's BG Pathum United.

Kitchee became the first Hong Kong club ever to reach the competition's knockout round when they scored an injury-time equaliser in their final group game.

Malaysia's ambitious Johor Darul Ta'zim will also appear in the knockout round for the first time, when they take on Japan's Urawa Red Diamonds.

Urawa, Champions League winners in 2007 and 2017, will be playing at their home Saitama Stadium. 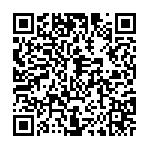