Ukraine is pressuring the EU to bar Russian tourists from entering the bloc but has met varying responses, with some EU countries agreeing while others resist.. That asylum proviso is generally also accepted by the countries in favour of a tourist visa ban, including Ukraine.

Ukraine is pressuring the EU to bar Russian tourists from entering the bloc but has met varying responses, with some EU countries agreeing while others resist.

Already some EU nations neighbouring Russia are barring Russian visa applications or limiting visas issued by their own services, but no EU-wide ban is in place.

The issue is to be discussed at an EU foreign ministers' meeting in Prague on August 31 as the 27-nation bloc weighs whether to come up with a unified position on short-term visas for ordinary Russians.

Ukrainian President Volodymyr Zelensky has demanded the West shut its borders to Russians, telling the Washington Post they should "live in their own world until they change their philosophy".

Estonia has gone a step further, barring entry to Russians with visas issued by its services. It is also looking at stopping Russians who have visas delivered by other EU states.

Finland, which has Europe's longest border with Russia, will from September 1 slash the number of Russian tourist visa applications handled to just 10 percent of the usual 1,000 received per day. A flat-out ban based on an applicant's nationality is impossible under Finnish law.

That measure will have an impact. Because of EU sanctions closing European airspace to flights from Russia, Russians had massively turned to land travel through Finland to go on to other European countries.

Russian leisure travellers use Schengen visas normally valid across 26 EU and neighbouring countries, including Switzerland and Norway. The visas typically allow stays of up to 90 days in a 180-day rolling period.

Russians made up the biggest group, accounting for 536,000 of them, with only three percent of their applications refused.

Estonia wants EU rules to be changed to allow it to stop Russians with Schengen visas regardless of which EU country issued them.

But Cyrille Bret of the Jacques Delors Institute think tank believes an EU-wide prohibition "has little chance of being adopted" even if national public opinions were in favour.

EU sanctions require unanimity among all 27 member states, and recent rounds had to negotiate objections, particularly from Hungary, which maintains friendly ties with Moscow.

The Czech Republic -- which holds the rotating EU presidency -- has taken a nuanced position. It argues "business as usual for Russian tourists in time of aggression is inappropriate", but says it does not support a total ban.

Prague says it wants to continue allowing entry to Russian journalists and other civilians fearing persecution.

That asylum proviso is generally also accepted by the countries in favour of a tourist visa ban, including Ukraine.

Germany and Portugal view a total EU ban on tourist visas as harmful when it comes to Russians who disagree with the Kremlin and try to flee their country.

In February, the EU restricted visas in certain categories for Russians linked to the Kremlin, including for officials, diplomatic passport holders and company bosses. But tourist visas were still permitted.

Greece and Sweden have taken no public position on the issue, and Denmark has said it wants to see European consensus to decide.

The European Commission on Thursday acknowledged discussions were under way to see if a "coordinated approach" could be reached.

It has emphasised the need for humanitarian access for dissident Russians, and said visa applications should be assessed individually and not under a blanket rule.

EU Home Affairs Commissioner Ylva Johansson is to visit Finland and Latvia in early September to discuss the matter with authorities there. 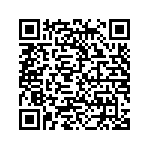