Relatives of 10 workers trapped in a flooded Mexican coal mine reacted with despair on Thursday after being told by authorities that the search operation could take nearly a year.. Coahuila, Mexico's main coal-producing region, has seen a series of fatal mining accidents over the years.

Relatives of 10 workers trapped in a flooded Mexican coal mine reacted with despair on Thursday after being told by authorities that the search operation could take nearly a year.

The news appeared to extinguish any lingering hope of the miners being brought out alive, three weeks after the launch of a major rescue effort in the northern state of Coahuila.

"They tell us that it would take between six and 11 months to get them out," Juani Cabriales, the sister of one of the workers, said after being briefed by the government on its latest plan.

"We're desperate. We don't know what to do. We can't accept this," she told AFP by telephone.

Five miners managed to escape following the accident on August 3, but there have been no signs of life from the others.

The workers are thought to have inadvertently made a hole that brought water gushing in from a bigger, abandoned mine.

Authorities were forced to rethink their initial plan to send military divers into the tunnels of the roughly 60-meter (200-foot) deep El Pinabete mine after a sharp rise in the water level inside.

Last week the government said it planned to drill holes and inject cement to seal the leaks.

On Wednesday, authorities said that they were also considering digging an open pit with a ramp to access the area where the miners were believed to be trapped.

"We were hoping that it would take a month, and now they come out with this," said Guadalupe Cabriales, another sister of one of the missing workers.

"It's almost a year. It's not possible. There must be other ways," she said.

Coahuila, Mexico's main coal-producing region, has seen a series of fatal mining accidents over the years.

The worst was an explosion that claimed 65 lives at the Pasta de Conchos mine in 2006.

Only two bodies were retrieved after that tragedy. 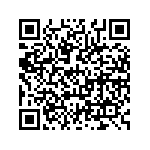