Dead fish and depression on the banks of the Oder

Appearing tired and stressed, Piotr Wloch looks out dejectedly at his empty tourist boats on the Oder river after an environmental disaster that has killed thousands of fish.. Thousands of dead fish began appearing in the water.

Appearing tired and stressed, Piotr Wloch looks out dejectedly at his empty tourist boats on the Oder river after an environmental disaster that has killed thousands of fish.

Like many local businesses, Wloch has seen bookings plunge by 90 percent following the as yet unexplained catastrophe on the lush banks of a river between Poland and Germany.

"I'm just starting to realise the scale of what happened," Wloch told AFP.

"Yesterday, I slept all day because I was depressed, unable to move," he said.

In the empty tourist marina of Cigacice in Poland, firefighters in a rubber dinghy are still removing dead fish while environmental agency workers take water samples for tests.

The stench of dead fish fills the air.

Between 200 and 300 kilograms (440-660 pounds) of dead fish have been removed in Cigacice in the past few days -- out of around 300 tonnes in total from the Oder since the start of August, officials said. 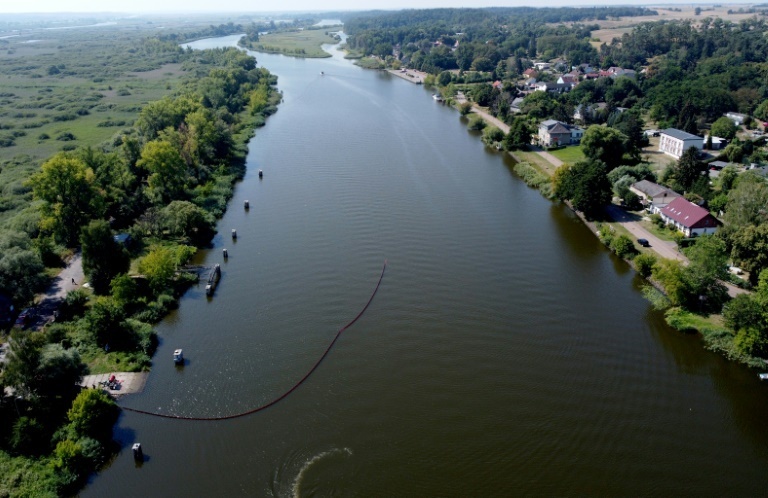 "Everyone is afraid. Only some curious people pop in to have a look, but life has stopped," said Lukasz Duch, director of a local sports centre.

"This place was full of life... Now businesses are making nothing in high season," he said.

While the first signs of pollution appeared at the end of July, the area around Cigacice was only affected on August 8.

Thousands of dead fish began appearing in the water. In the region as a whole, residents and firefighters rushed to their river in an effort to clean it up.

Poland's government only reacted on August 12, sparking widespread criticism from both local Polish authorities and Germany.

"If we had had the information two weeks earlier, we would have prepared," said Wojciech Soltys, the mayor of Sulechow, the municipality where Cigacice is located. 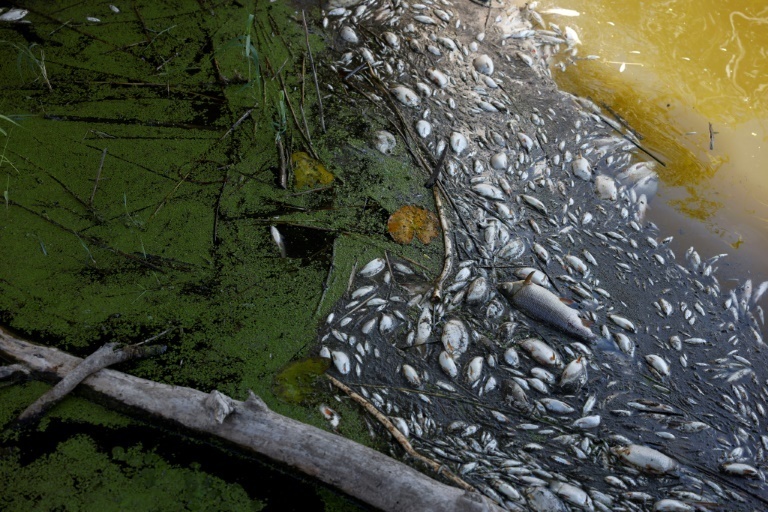 "Now we are still waiting for clear and concrete information. What happened? When will we be able to go back to the river?"

The Oder begins in the Czech Republic before passing into Poland where it forms a natural border with Germany and then ends up in the Baltic Sea.

Until the end of the 1990s, it was heavily polluted -- an industrial legacy of the communist era.

In 1997, following massive flooding, the river cleaned up naturally and people began returning to its banks.

Wloch was part of this movement.

"We worked for a long time for people to come and bathe in the river, relax here. In the 1980s and 1990s it looked terrible," he said.

"Now, people are afraid of the river again. It will be difficult to restore this confidence," said Wloch, who has seen 12 years of work disappear in a moment.

Krzysztof Feodorowicz, owner of a vineyard in the Polish village of Laz near the river, said it looks like "an industrial waste canal".

Like many others, he had been expecting an environmental disaster.

"The Oder was a time bomb. We knew very well that numerous industrial enterprises in Silesia were pouring their wastewater directly into it," he said.

Feodorowicz said environmental checks are carried out but they are not working well. 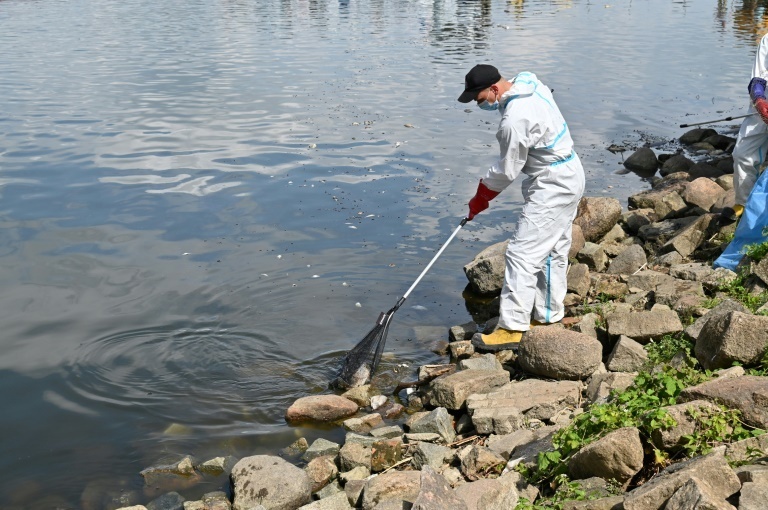 German and Polish officials say the disaster could have been triggered by toxic algae caused by industrial waste in Poland.

"Uncontrolled pollution led to a chain of events that it is impossible to comprehend," said Grzegorz Gabrys, head of the zoology department at the University of Zielona Gora in Poland.

"Apart from the fish, we have seen the death of other filtering organisms such as clams. If all these organisms have disappeared from the ecosystem, the consequences of this catastrophe could play out over a period of many years," he said.

"Many people consider rivers part of the technical infrastructure," he said.