The world's top automakers -- motivated either by governmental regulations or pure profit -- have made a sharp turn away from fossil fuel vehicles.. - Help, but with conditions - Local regulations could make things more complicated for automakers.

The world's top automakers -- motivated either by governmental regulations or pure profit -- have made a sharp turn away from fossil fuel vehicles. But there are plenty of obstacles on the road to a future full of eco-friendly cars.

Will there be enough lithium and other vital raw materials to make electric car batteries? Will there be sufficient charging stations? How will carmakers ensure that their offerings are affordable for the average driver?

Following the success of Elon Musk's Tesla, built solely on electric vehicles, most of the biggest names in the sector are planning to invest tens of billions of dollars to reorient their businesses toward clean energy.

Stellantis, the world's fifth-largest automaker, plans to sell only electric cars in Europe by 2030. Toyota expects to release about 30 electric models in that same timeframe. GM hopes to stop making cars with combustion engines by 2035.

These corporate ambitions have dovetailed with efforts by national and local governments to go green.

On Thursday, California announced that from 2035, all new cars sold in the Golden State -- the most populous in America -- must be zero-emission.

The European Union also has taken steps to ban the sale of gas- or diesel-fueled cars -- and even hybrids -- by 2035, while China wants at least half of all new cars to be electric, plug-in hybrid or hydrogen-powered by that time. 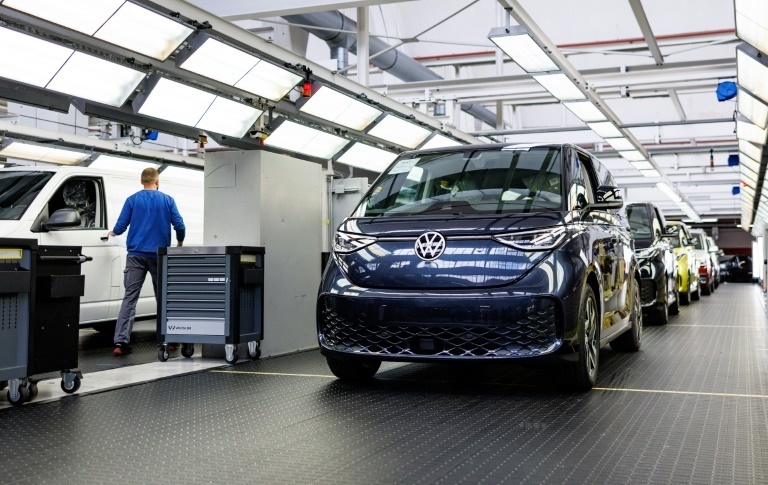 Automakers are on notice that "they are going to have to figure out how to put cars on the market," said Jessica Caldwell, executive director of insights for the automotive research firm Edmunds.

"We used to say that the challenges for electric vehicles would be consumer acceptance and price," she added.

With car buyers increasingly attuned to the environment and the woes of climate change, selling the concept of electric vehicles is no longer an issue.

In the United States, General Motors says it has more than 150,000 pre-orders for the electric version of its Silverado pickup truck, which will be available next year. The wait time for a Tesla these days is several months.

For Caldwell, the bigger issue now is whether automakers "can get the raw materials" they need to make the cars. 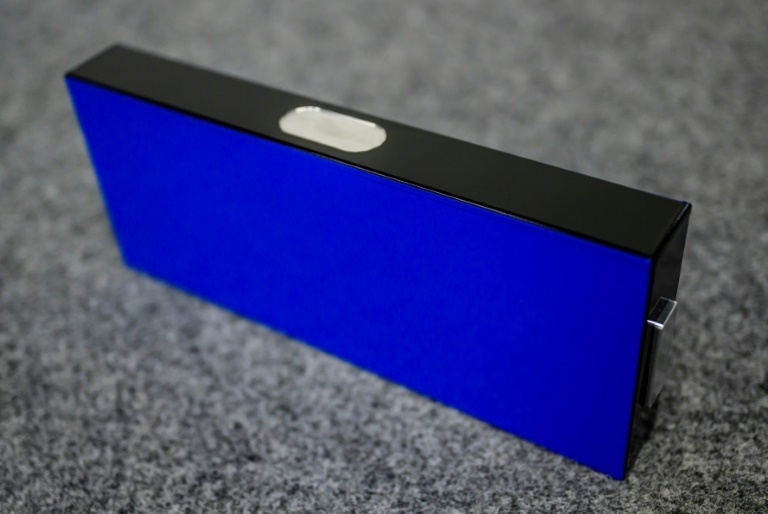 Karl Brauer, an executive analyst for used car search engine iseecars.com, agrees, saying that no matter what government incentives are offered for would-be buyers of electric vehicles, the rare elements needed may simply be unavailable.

"Right now, we have a lack of palladium, and nickel, and lithium. Everything you need to build an electric car is harder to get than it was six or 12 months ago," he told AFP.

The supply issue is linked partly to Russia's invasion of Ukraine six months ago.

But Brauer said that "nobody, a year ago, would have predicted the kind of price escalation for those raw materials, and the difficulty of getting them."

The situation "can change drastically" at any given moment, he added.

Automakers are determined to leave as little as possible to chance.

They are building their own factories to produce car batteries, setting up joint ventures with specialized parts makers and sealing partnerships with mining firms.

German auto manufacturers Volkswagen and Mercedes-Benz on Monday signed memorandums of understanding with the Canadian government to ensure their access to rare metals such as lithium, nickel and cobalt.

But, as with oil, the market for these raw materials is a global one, and the normal rules of economics apply, noted Brauer.

For Brauer, shifting production lines to accommodate electric vehicle components is, by comparison, quite easy, as the automakers "have control over that."

- Help, but with conditions -

In the United States, new legislation championed by the administration of President Joe Biden allots up to $7,500 in tax credits to every American who buys an electric vehicle.

But there are conditions: for example, final assembly of those cars must take place within US borders.

The Alliance for Automotive Innovation, a US lobbying group, estimates that about 70 percent of the 72 electric, plug-in hybrid or hydrogen-powered cars now on the market would not qualify for the tax credit.

For Garrett Nelson, an analyst for the CFRA research firm, the new law will clearly give Tesla, GM and Ford an advantage in the United States over their European and Asian rivals.

Following California's announcement, the Alliance for Automotive Innovation said it would be "extremely challenging" to meet the sales requirements due to external factors such as inflation, supply chains and charging infrastructure.

The ongoing semiconductor shortage will also play a role, it said in a statement.

"These are complex, intertwined and global issues well beyond the control" of authorities in California or the auto industry," it warned. US approves $10 bn sale of Himars rocket launchers to Poland

US trade deficit widens in 2022 to record on strong imports

US trade deficit widens in 2022 to record on strong imports