Pakistan's flooded southern Sindh province braced Sunday for a fresh deluge from swollen rivers in the north as the death toll from this year's monsoon topped 1,000.. On Sunday, the country's National Disaster Management Authority said the death toll from the monsoon rains had reached 1,033, with 119 killed in the previous 24 hours.

Pakistan's flooded southern Sindh province braced Sunday for a fresh deluge from swollen rivers in the north as the death toll from this year's monsoon topped 1,000.

The mighty Indus River that courses through Pakistan's second-most populous region is fed by dozens of mountain tributaries to the north, but many have burst their banks following record rains and glacier melt.

Officials warned torrents of water are expected to reach Sindh in the next few days, adding misery to millions already affected by the floods.

"Right now, Indus is in high flood," said Aziz Soomro, the supervisor of a barrage that regulates the river's flow near Sukkur.

The annual monsoon is essential for irrigating crops and replenishing lakes and dams across the Indian subcontinent, but it also brings destruction. 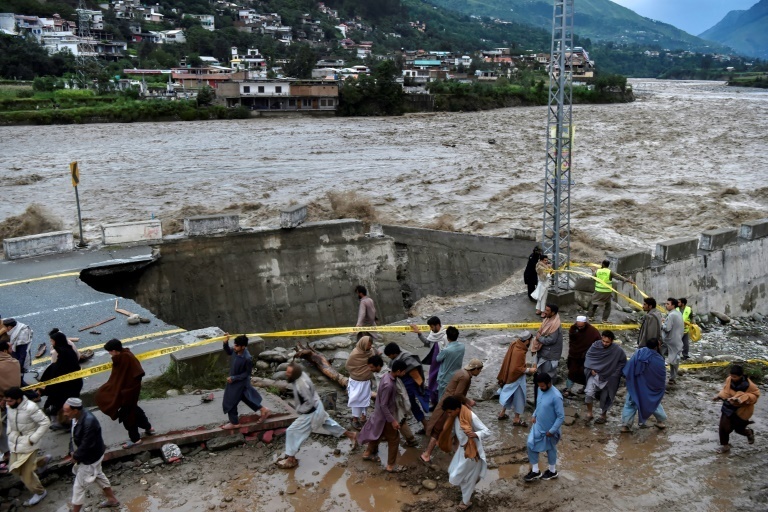 On Sunday, the country's National Disaster Management Authority said the death toll from the monsoon rains had reached 1,033, with 119 killed in the previous 24 hours.

It said this year's floods are comparable to 2010 -- the worst on record -- when over 2,000 people died and nearly a fifth of the country was under water.

Thousands of people living near flood-swollen rivers in Pakistan's north were ordered to evacuate from danger zones, but army helicopters and rescuers are still plucking laggards to safety.

"People were informed around three or four o’clock in the morning to evacuate their houses," rescue worker Umar Rafiq told AFP.

"When the flood water hit the area we had to rescue children and women." 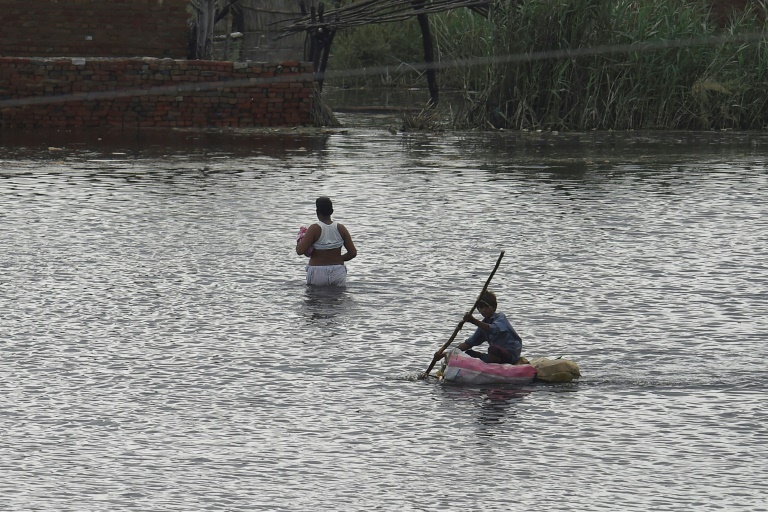 Many rivers in the area -- a picturesque tourist destination of rugged mountains and valleys -- have burst their banks, demolishing scores of buildings including a 150-room hotel that crumbled into a raging torrent.

Guest house owner Nasir Khan, whose business was badly hit by the 2010 flooding, said he had lost everything.

"It has washed away the remaining part of the hotel," he told AFP.

Officials blame the devastation on human-driven climate change, saying Pakistan is unfairly bearing the consequences of irresponsible environmental practices elsewhere in the world. 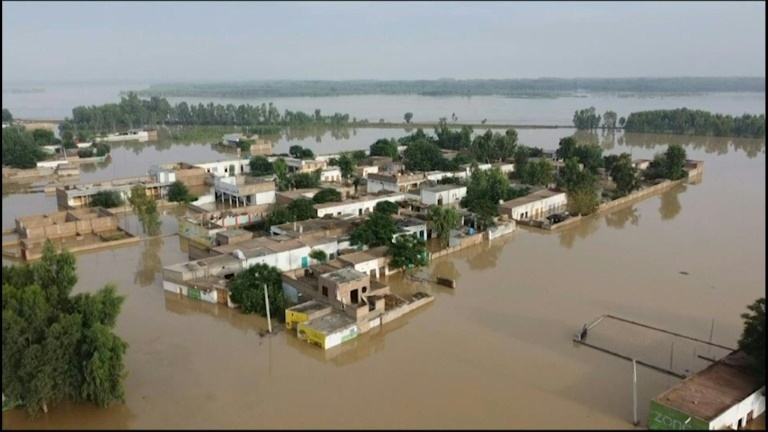 Exacerbating the situation, corruption, poor planning and the flouting of local regulations mean thousands of buildings have been erected in areas prone to seasonal flooding.

The government has declared an emergency and mobilised the military to deal with what Climate Change Minister Sherry Rehman has called "a catastrophe of epic scale".

In parts of Sindh, the only dry land are the elevated roads and rail tracks, alongside which tens of thousands of poor rural folk have taken shelter with their livestock.

Near Sukkur, a row of tents stretched for two kilometres, with people still arriving by boats loaded with wooden charpoy beds and pots and pans -- the only possessions they could salvage.

"Water started rising in the river from yesterday, inundating all the villages and forcing us to flee," labourer Wakeel Ahmed, 22, told AFP.

Barrage supervisor Soomro told AFP every sluice gate was open to deal with a river flow of more than 600,000 cubic metres per second.

The flooding could not come at a worse time for Pakistan, where the economy is in free fall and the former prime minister Imran Khan was ousted by a parliamentary vote of no confidence in April.

While the capital Islamabad and adjoining twin garrison city of Rawalpindi have escaped the worst of the flooding, its effects were still being felt. 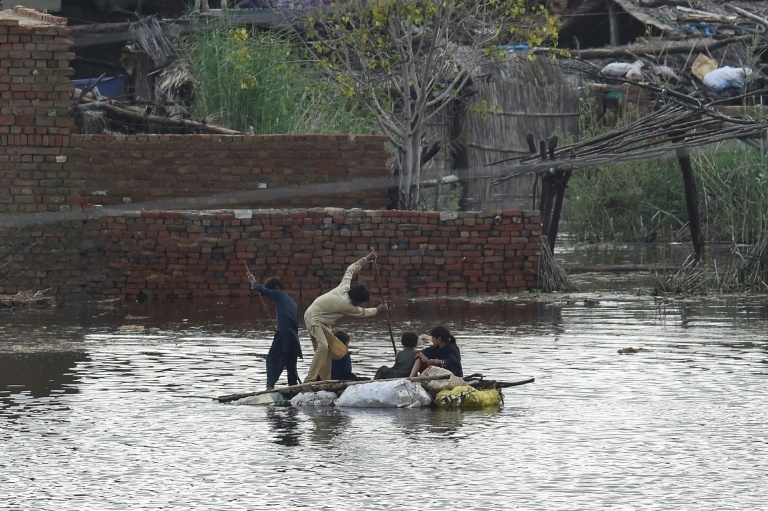 "Tomatoes, peas, onions and other vegetables are not available due to the floods," he told AFP, adding prices were also soaring.