Rich carbon polluters should feel "moral pressure" to help fund climate-vulnerable nations wracked by weather extremes such as Pakistan, where monstrous flooding has caused devastation, diplomats and observers told AFP. Torrential monsoon rains have killed more than a thousand, left a third of Pakistan under water and displaced hundreds of thousands, months after the country was scorched by record-shattering heat, intensified by climate change.. The human and economic impact is already staggering and "this is an ongoing disaster; the rains are still going on", he told AFP.   Countries like Pakistan that have contributed the least to global warming are often battered by the worst impacts, observers say.

Torrential monsoon rains have killed more than a thousand, left a third of Pakistan under water and displaced hundreds of thousands, months after the country was scorched by record-shattering heat, intensified by climate change.

While it is too early to quantify the contribution of warming, scientists say the rains are broadly consistent with expectations that climate change will make the Indian monsoon wetter.

The United Nations chief has called them a "climate catastrophe".

"This is not a freak accident," said Nabeel Munir, Pakistan's ambassador to Seoul and chair of the largest negotiating bloc of developing nations at UN climate negotiations.

"The science proves the frequency and the impact of these disasters is only going to increase and we have to be prepared for that."

The human and economic impact is already staggering and "this is an ongoing disaster; the rains are still going on", he told AFP. 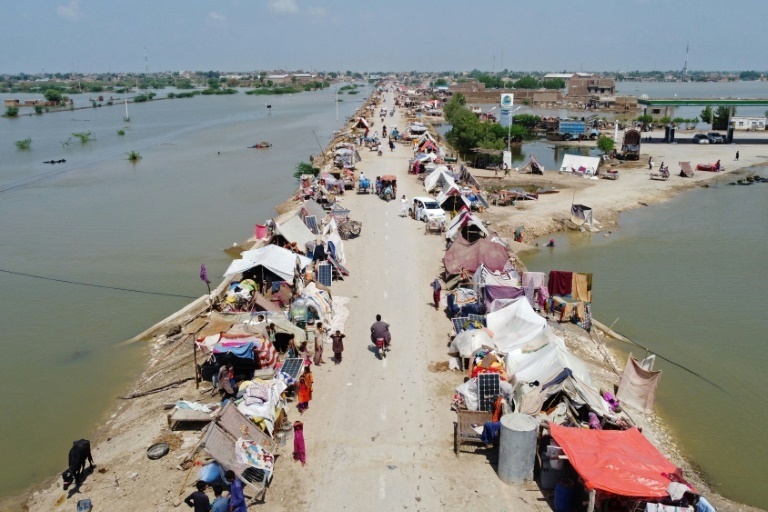 Countries like Pakistan that have contributed the least to global warming are often battered by the worst impacts, observers say.

Pressures are mounting for UN negotiations in November to ringfence specific "loss and damage" funding for countries slammed by increasingly extreme and expensive climate impacts.

The issue will be thrown into sharp relief with Pakistan fronting the important G77+China bloc -- representing more than a hundred nations and a significant proportion of the global population -- as it reels from weather disasters.

Munir said wealthy nations that have contributed the most to climate change from burning fossil fuels should recognise their role and provide more funding to help vulnerable countries, adding that the UN process so far had produced "not even peanuts" for loss and damage.

"We will continue the moral pressure. But I think a lot of the political and moral pressure has to come from within these countries," he said.

Pakistan has contributed less than 0.5 percent of heat-trapping emissions pumped into the atmosphere since the Industrial Revolution, said Kristina Dahl, principal climate scientist at the Union of Concerned Scientists. The United States is responsible for 25 percent.

"Understanding the forces behind disasters like Pakistan's current floods is an important step toward holding developed nations accountable for the changes they have wrought," she told AFP.

In March a blistering hot spell began to develop across parts of South Asia, with Pakistan registering record temperatures.

Scientists from the World Weather Attribution climate group estimated that climate change had made the heatwave 30 times more likely.

The region's "breadbasket" in northwestern India and south Pakistan was particularly affected. Crops wilted, while sheep collapsed and died of heatstroke.

In May the temperatures were still spiking.

"We had temperatures in the cities touching 50 degrees (Celsius, 122 degrees Fahrenheit), can you even imagine?" said Munir.

"There are cities which might become unliveable because of the temperatures they will regularly have." 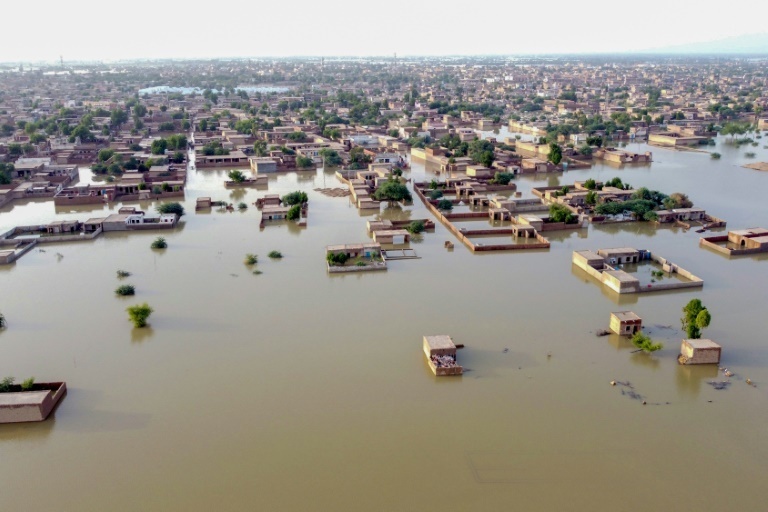 And the heat had another devastating effect in a country home to more than 7,000 glaciers, the largest number for any region outside the poles.

Quickly melting glaciers can saturate the landscape and cause glacial lake outburst floods, unleashing torrents of ice, rock and water.

While Pakistan suffered severe flooding in the heavy monsoon of 2010, she said rainfall this year was "unprecedented" and deluging areas where people would never have experienced rains on this scale.

In Balochistan province rainfall was 466 percent higher than normal, Munir said, while the country itself has had three times the national average.

So far the floods have affected around 33 million people, destroyed nearly a million homes and wiped out almost 200 bridges and 3,500 kilometres (2,200 miles) of roads, hampering efforts to reach those in need.

Some 800,000 livestock and two million acres (809,000 hectares) of farmland have been "washed away", Munir said, threatening food security in the coming months.

The UN is trying to raise $160 million for humanitarian relief.

But that money is for people in immediate crisis -- and there is no guarantee it will come.

Meanwhile, Pakistan's government has put the estimated rebuilding costs at around $10 billion. 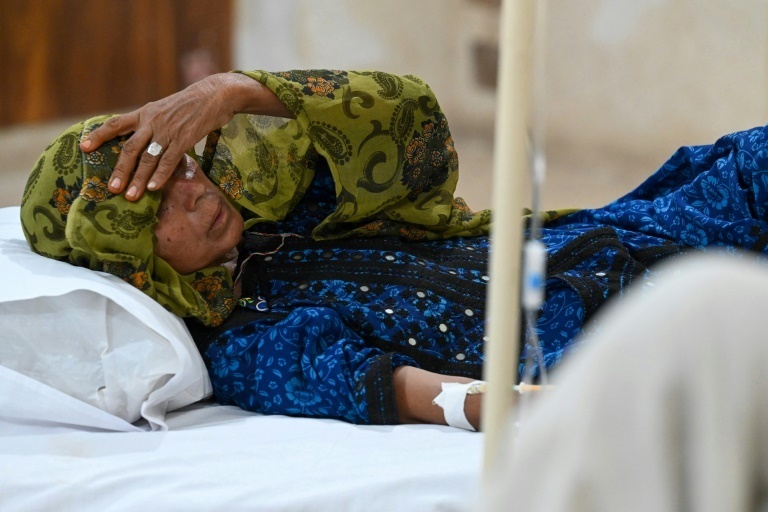 While humanitarian aid following disasters like the Pakistan floods can assist, "developing countries need to be able to rely on a longer-term and consistent source of resources as the impacts of climate change mount," said Dahl.

High-income emitters, particularly the US and European Union, have "consistently undermined" efforts to address loss and damage, she said.

After richer nations failed to meet a promise of $100 billion a year by 2020 to help developing countries adapt to future climate impacts, finance and global inequality will be a key flashpoint at November's UN talks in Egypt.

A recent study, based on climate models, predicted that exceptionally wet monsoons in the Indian subcontinent would become six times more likely during the 21st century, even if humanity rachets down carbon emissions.

"It's an established fact: this is happening because of climate change," Munir said.

"So the funding has to come from somewhere and you know where that somewhere is." 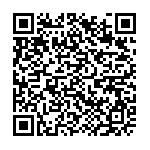