Hundreds of firefighters endured triple-digit temperatures Thursday battling against a wildfire along a major highway, as the western United States bakes under a fearsome heat dome.. It is not unusual for southern California to experience heat waves in September, but temperatures above 100 degrees Fahrenheit are considered hot even for a place almost perpetually baked by sunshine.

Hundreds of firefighters endured triple-digit temperatures Thursday battling against a wildfire along a major highway, as the western United States bakes under a fearsome heat dome.

Super Scooper water-spraying aircraft were assisting the attack on the 5,000 acre (2,000 hectare) blaze that took hold of a swath of countryside near Los Angeles in California.

Seven firefighters had to be taken to hospital after suffering heat-related injuries in their bid to contain the Route Fire, which erupted on Wednesday.

All of them have been discharged, and none is seriously hurt, fire chiefs said.

The inferno came as California and parts of Nevada and Arizona broiled under another day of blistering temperatures.

A stubborn bubble of high pressure sitting over the region has sent the mercury soaring, with a temperature of 109 degrees Fahrenheit (43 Celsius) forecast around the fire area Thursday.

The heat dome is expected to last well into next week, with thermometers set to peak at 116F in some densely populated areas around Los Angeles over the upcoming Labor Day holiday weekend. 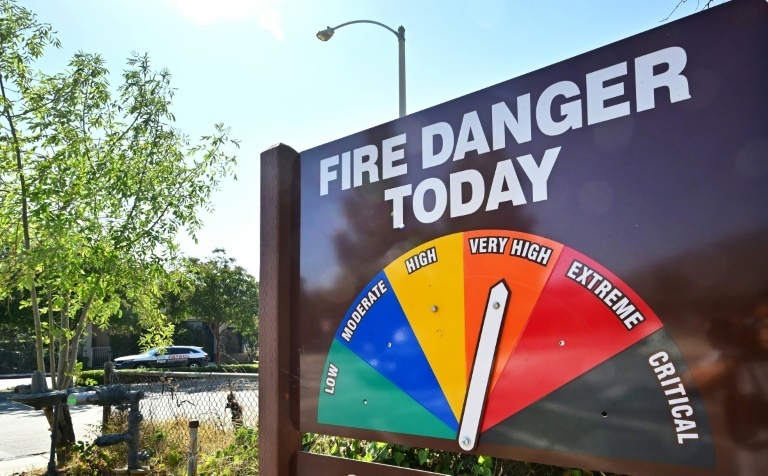 Angeles National Forest Fire Chief Robert Garcia, who is overseeing the fight against the Route Fire, said the sudden growth of the blaze on Wednesday was "a wake-up call," with "very rapid fire growth and very, very explosive fire behavior" expected over the next few days.

"The days ahead are going to be very challenging," he told reporters.

Fire officials said that while they had a portion of the perimeter contained, they were a long way from out of the woods.

"Excessive heat, low humidity and steep terrain will continue to pose the biggest challenge for firefighters," an incident statement said.

"This combination has the potential for large plume growth, uphill runs and short-range spotting."

The blaze, which shuttered the I5 interstate for several hours, came as Californians were being asked again to conserve energy on Thursday.

That typically means turning up the thermostat on air conditioning systems, avoiding using major appliances and not charging electric vehicles in this time.

But when the sun goes down, that supply falls quickly, leaving traditional generation to plug the gap. The problem is particularly acute in the early evening when temperatures are still high, but solar starts dropping out of the power grid mix. 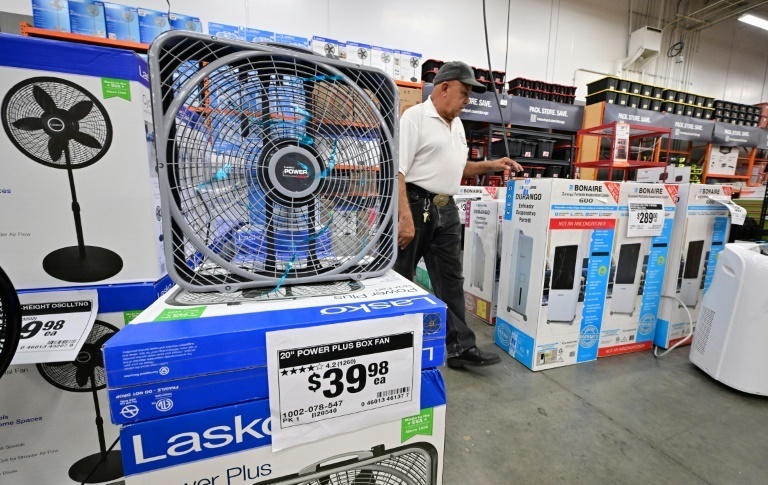 The National Weather Service has issued an "excessive heat warning" for most of California, as well as parts of Arizona and Nevada, warning of "dangerously hot conditions" over the next several days.

Nighttime temperatures are not expected to offer much relief, with lows struggling to get below 80 degrees Fahrenheit in many places.

It is not unusual for southern California to experience heat waves in September, but temperatures above 100 degrees Fahrenheit are considered hot even for a place almost perpetually baked by sunshine.

Scientists say global warming, which is being driven chiefly by the unchecked burning of fossil fuels, is making natural weather variations more extreme.