A blistering heat wave is baking the western United States, the latest to blast the northern hemisphere in a summer that has brought extreme temperatures across Europe, Asia and North America.. More people die from the heat every year in the United States than from any other extreme weather, including floods, tornadoes, and cold snaps, according to government figures.

A blistering heat wave is baking the western United States, the latest to blast the northern hemisphere in a summer that has brought extreme temperatures across Europe, Asia and North America.

Climatologists say the kiln-like conditions in California, Nevada and Arizona are caused by a heat dome -- a huge bubble of stationary high pressure that is trapping ever-hotter air.

Here's what you need to know about heat waves.

Anyone suffering through sultry nights and sweltering days knows they're in a heat wave, but there are a few technical definitions.

The one the US government chooses is: at least two consecutive days when the minimum temperature for the area is hotter than 85 percent of July and August days in the same area, based on historical averages.

That minimum usually comes at night, which is important -- after a very hot day, our bodies tend to cool off at night. But if the temperature remains elevated, that's much harder. This is when people get ill.

It's also important to localize the definition. People accustomed to 85 Fahrenheit (29 Celsius) days are likely not fazed by 90 degrees. But if you live in a chilly, damp spot and the mercury hits 90, you'll find it much harder to cope.

Generally it's an area of high pressure that parks itself in one spot, forming a heat dome -- imagine a huge greenhouse that lets in the sun's heat, but won't let any air flow through.

The high pressure prevents clouds from forming as it pushes air downwards, compressing and heating the air -- think of how a tire gets hot as you pump more air in.

But they can meander. As the waves of a jet stream widen, they slow and can even stop. This is what leaves a ridge of high pressure in one place.

Yes, very. More people die from the heat every year in the United States than from any other extreme weather, including floods, tornadoes, and cold snaps, according to government figures.

A ferocious heat wave in Spain and Portugal in July left more than 1,700 people dead.

And hundreds died last year when a heat wave frazzled Canada and the western US, with temperatures of up to 121F (49C).

When it's very hot, our bodies find it more difficult to keep cool, which can result in a "cascade of illnesses," according to the World Health Organization.

These include heat cramps, heat exhaustion, heatstroke, and hyperthermia.

"Deaths and hospitalizations from heat can occur extremely rapidly (same day), or have a lagged effect (several days later) and result in accelerating death or illness in the already frail," the WHO says.

That means anyone who already suffers from problems with their heart or respiratory system is particularly at risk.

The effects of intense heat are not evenly felt across societies, and tend to be more acute in poorer, and more marginalized communities.

Homeless people or those who work outside during the heat of the day are obviously at risk, but so are people living in neighborhoods without tree cover, or near to sources of pollution like roads.

- What is climate change doing? -

Like all weather phenomena, climate change is super-charging heat waves.

Human activity, specifically the burning of fossil fuels, has warmed the Earth by an average of around 1.9F (1.2C) since pre-industrial times. Much of this warming has happened in the last 50 years.

US government data shows heat waves worsening in concert with a warming planet: Every decade since the 1960s they have got longer, hotter and more frequent.

A study after last year's record-breaking heat wave in Canada found it would have been "virtually impossible" without human-caused climate change. 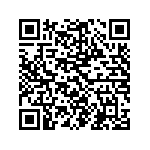