Watching this year's World Cup on TV will be a different experience, Spanish football legend Andres Iniesta told AFP on Thursday, but he believes his compatriots can lift the trophy without him.. "It will be very different, the first World Cup that I'm not there as a player," Iniesta said at Tokyo's National Stadium, where he was launching his new brand of football equipment.

Watching this year's World Cup on TV will be a different experience, Spanish football legend Andres Iniesta told AFP on Thursday, but he believes his compatriots can lift the trophy without him.

Iniesta was part of Spain's squad for four World Cups and he scored the goal that won his country the trophy for the first time in the final against Holland in 2010.

The former Barcelona maestro retired from international duty in 2018 and he is now playing for Vissel Kobe in Japan's J-League at the age of 38.

Spain will be among the favourites to win their second World Cup in Qatar and Iniesta said he is looking forward to experiencing the tournament in "a different way".

"It will be very different, the first World Cup that I'm not there as a player," Iniesta said at Tokyo's National Stadium, where he was launching his new brand of football equipment. 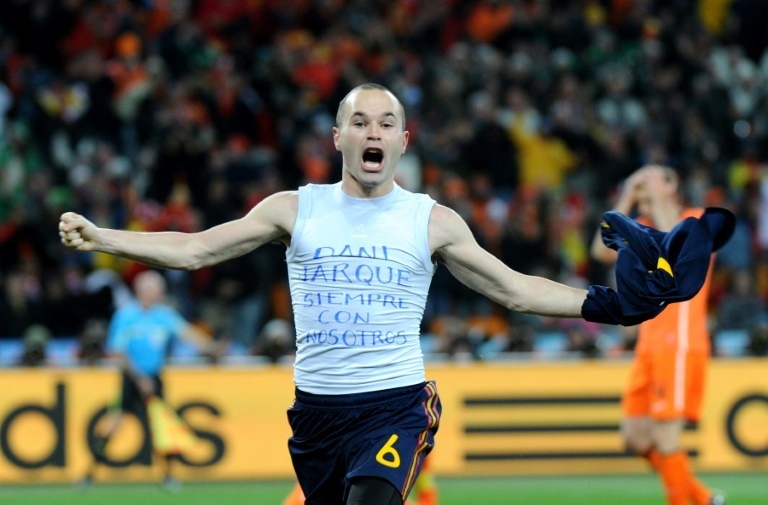 Spain have been drawn in a first-round group in Qatar with Germany, Japan and Costa Rica.

They will be looking to go further than last year's European Championship, where they lost to Italy on penalties in the semi-finals.

"They're a very good, solid team," Iniesta said of Luis Enrique's side.

"I get a good feeling from the staff and the players."

Spain are likely to feature Barcelona starlets Pedri, Gavi and Ansu Fati, who have all tried to fill the hole left by Iniesta's departure from the Nou Camp in 2018.

He formed a dominant midfield partnership with current Barcelona manager Xavi and he thinks his former teammate is "doing a great job" in the dug-out amid difficult circumstances.

Barcelona have struggled financially in the last two years and needed to raise money to invest in signings and register new players this summer.

Xavi has guided Barcelona to a steady start in La Liga and Iniesta thinks he deserves credit in what he says is "not an easy situation".

"I think he did a great job last season, arriving there in the middle of the season with all the players that he had," said Iniesta. 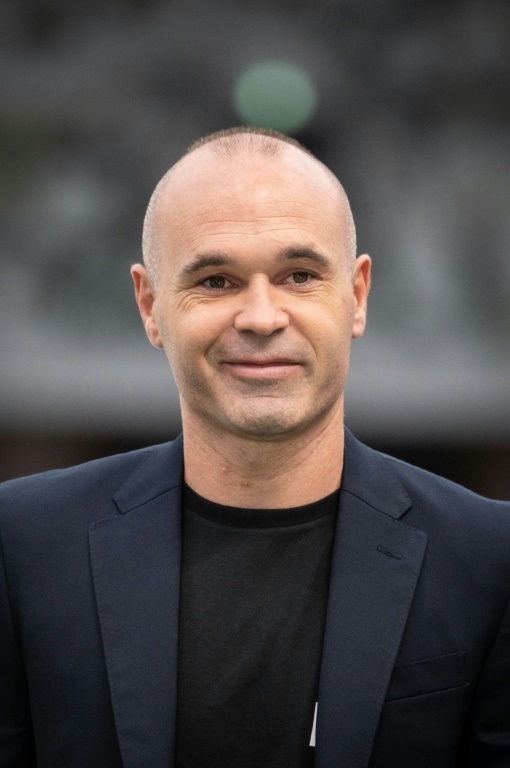 "This season, with what he thought the club needed, he has got quite a strong squad so let's see how he gets on this season. I think he's doing a great job."

Iniesta thinks Barcelona are moving in the right direction and believes that "all the people there are doing their best to get the team back into the best situation".

The same cannot be said of his current club Vissel Kobe, who are currently second-bottom of the J-League table with only eight games left to play.

Iniesta says playing Japan has been "a wonderful experience" but he is fully consumed by the unfamiliar experience of being involved in a relegation dogfight.

"Luckily we still have time to try to stay up, and that's all I'm focused on," he said.

"It's in our hands. Right now I'm only focused on keeping us in the J-League and not getting relegated."

Iniesta says he hopes to play on "for two or three years" more, and refuses to be drawn on his future post-retirement plans.

He says he intends "to be involved in football" and would like to return to Barcelona in some capacity.

"It's always been my home, it's been my home for many years. But honestly, I don't know what's going to happen in the future."

One thing Iniesta can say for certain is that there will be no dramatic return to Barcelona for him as a player.

"No chance," he laughed, when asked.