The Toronto film festival began in somber mood Thursday as theaters dimmed their lights for the passing of Queen Elizabeth II before a Netflix drama about Syrian refugees launched North America's largest movie gathering. . "As we gather to celebrate the power of film to move us and to illuminate our world, I want to acknowledge the passing today of Her Majesty Queen Elizabeth II," said festival head Cameron Bailey.

The Princess of Wales and Royal Alexandra theaters -- both festival venues named for members of Britain's royal family -- switched off their marquee signs as news spread of the death of the Commonwealth monarch.

"As we gather to celebrate the power of film to move us and to illuminate our world, I want to acknowledge the passing today of Her Majesty Queen Elizabeth II," said festival head Cameron Bailey.

"Our thoughts go out to everyone here and around the world mourning her loss."

"Ninety-six is a fantastic age, but I just think it's sad," said actor Matthias Schweighofer, on the red carpet for his opening night film "The Swimmers."

The drama tells the true story of Syrian sisters Yusra and Sara Mardini, who nearly drowned in the Mediterranean in 2015 as they tugged a rubber boat packed with refugees to a Greek island.

Their heroics drew international attention, and a year later, Yusra won her heat in the Rio Olympics as part of the Games' first ever refugee team.

As well as showing the Mardinis' harrowing journey, "The Swimmers" aims to put a relatable face on refugees. It portrays the sisters' carefree lives before war arrived, and their bitter bemusement at finding European tourists frolicking in the same sea they had barely survived crossing hours earlier.

"We really hope that it will change the mind of a lot of people, because a lot of people have a wrong image of refugees," Nathalie Issa, who plays Yusra, told AFP.

"I know how badly (people in the West) are seeing the refugees, I know how Arabs are seen, I know how they portray them in films," added Manal Issa, playing Sara.

Elsewhere on Thursday was the world premiere of "The Inspection," about a young Black man who enlists in the Marine Corps after being thrown out of his mother's home for being gay.

It is one of several LGBTQ-themed movies at TIFF, along with Harry Styles' portrayal of a closeted police officer in "My Policeman," and Universal's "Bros" starring Billy Eichner -- the first major LGBTQ rom-com from a top Tinseltown studio.

But the festival's first night was beset with chronic ticketing problems, with attendees unable to access digital tickets they had purchased in time to attend the opening films.

At a festival that typically stands apart from rivals by prioritizing public accessibility, fans of Taylor Swift vented their particular outrage at failing to secure tickets to a tiny panel event Friday featuring the singer and her movie "All Too Well: The Short Film."

"Literally in downtown Toronto... and I'll wake up knowing I won't see Taylor at #TIFF22 even tho it's down the street," tweeted fan @missegyptiana.

Renowned for drawing large cinephile crowds to its premieres and red carpets, the Toronto International Film Festival was hit hard by the pandemic, and is banking on a return to its full glitz and glamor after two muted years.

Steven Spielberg will lead a host of Hollywood A-listers across the border for the world premiere of his deeply personal, childhood-inspired "The Fabelmans."

Other stars due in Toronto this weekend include Jessica Chastain and Eddie Redmayne in "The Good Nurse," Jennifer Lawrence in "Causeway," Viola Davis in "The Woman King," and Nicolas Cage in "Butcher's Crossing." 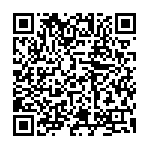