Pop superstar Harry Styles discussed the complexities of sexuality and said he found the closeted gay man he plays in 1950s drama "My Policeman" depressing, as his latest movie premiered at the Toronto film festival Sunday.. "I think there's so much nuance to them, and so much complexity that comes for people in real life around sexuality and finding themselves," Styles told a Toronto press conference.

Pop superstar Harry Styles discussed the complexities of sexuality and said he found the closeted gay man he plays in 1950s drama "My Policeman" depressing, as his latest movie premiered at the Toronto film festival Sunday.

"My Policeman" is one of several LGBTQ-themed movies in what organizers have hailed as a "breakthrough" year at North America's biggest film festival, along with Billy Eichner's rom-com "Bros" and critically praised gay military drama "The Inspection."

But the world premiere of Styles's latest movie comes as the British actor-singer faces allegations from some high-profile critics of appropriating queer culture, including his gender-non-conforming fashion choices, while keeping his own sexuality ambiguous.

In the film, he plays Tom, a policeman caught in a forbidden love triangle with a young woman and an urbane art gallery curator in 1950s Britain, when homosexuality was illegal.

"I think there's so much nuance to them, and so much complexity that comes for people in real life around sexuality and finding themselves," Styles told a Toronto press conference.

The movie, which also stars Emma Corrin and Rupert Everett, jumps between 1957 and 1999, depicting the trio at two different stages of their lives, when Britain's attitude and laws about homosexuality had radically changed.

It deals with the consequences for all three of Tom's being forced to hide his love for curator Patrick.

"I think Tom's version of acceptance is a pretty depressing one -- I think he accepts that he's gonna deny this part of himself for a really long time," said Styles.

He noted: "For me, the reason why the story is so devastating is because ultimately to me, the whole story is about wasted time. 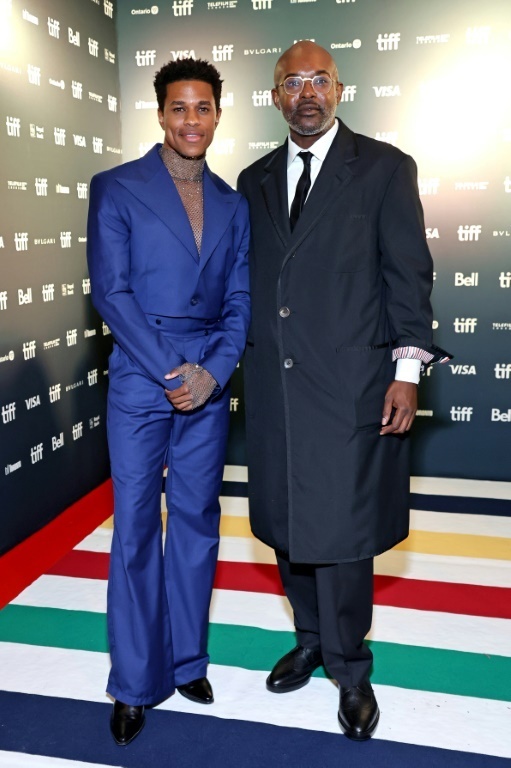 Styles has been praised by some for normalizing gender fluidity and speaking out for LGBTQ rights, and famously stoked speculation about his sexuality by telling a concert audience, "We're all a little bit gay, aren't we?"

But his position has drawn criticism from prominent LGBTQ figures such as actor-singer Billy Porter, who has accused Styles of "just doing it because it's the thing to do."

The topic of actors who do not openly identify as LGTBQ playing gay roles was raised and even ridiculed earlier at the Toronto festival with the world premiere of "Bros" -- billed as the first gay rom-com from a major Hollywood studio.

"The entire cast is openly LGBTQ actors, even in the straight roles in the movie, which is rare," star Eichner told AFP on the red carpet.

The movie itself contains several quips about allegedly Oscars-hungry straight actors taking on gay roles in films, such as "Brokeback Mountain" and last year's "The Power of the Dog" starring Benedict Cumberbatch.

"I mean it's absurd and kind of infuriating that it took this long, that we haven't had more of these movies; there should be tons of these movies by now," said Eichner, about "Bros."

"But still, I'm very grateful that Universal finally decided that it was time."

Director Nicholas Stoller added that he hoped the film about a commitment-phobic gay New York podcaster reluctantly seeking love will resonate with "not just an LGBTQ audience, but a straight audience." 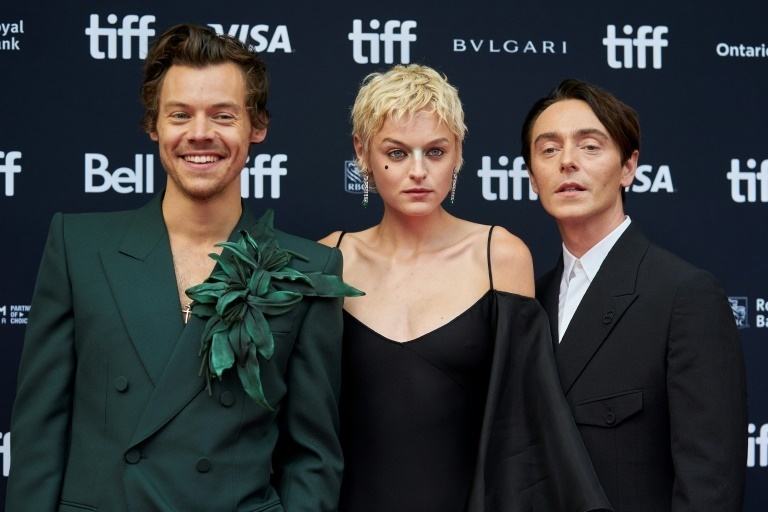 Ahead of the festival, the event's CEO Cameron Bailey told AFP there had been a "breakthrough this year" for films packed with "LGBTQ stories being told in maybe places that they haven't been before, and in a much more mainstream way.

"The biggest companies that make films have often been the most cautious, shall we say, when it comes to this kind of representation," he said.

"That seems to be changing."

Among those was "The Inspection" from writer-director Elegance Bratton, who drew on his own experiences as a Black gay man who joined the US Marines to escape homelessness and was forced to endure at-times brutal homophobia.

Jeremy Pope, who plays Bratton's alter ego Ellis and is openly gay, told Deadline that his performance came "from a place of truth and honesty."

"It ended up being something very beautiful and -- for me and for him -- very healing, to be able to look across the room at my writer and director, that was Black and queer, and say 'I see you.'"