How the tide turned on data centres in Europe

Every time we make a call on Zoom, upload a document to the cloud or stream a video, our computers connect to vast warehouses filled with servers to store or access data.. "There's a complete lack of transparency... about what data is actually being stored in these data centres," he said, calling it a "veil of shadow".

Every time we make a call on Zoom, upload a document to the cloud or stream a video, our computers connect to vast warehouses filled with servers to store or access data.

Not so long ago, European countries were falling over each other to welcome the firms that run these warehouses, known as data centres or bit barns.

But then the dream went sour.

The sheer amount of energy and water needed to power and cool these server farms shocked the public.

The industry sucked up 14 percent of Ireland's power last year, London warned home builders that power shortages caused by bit barns could affect new projects, and Amsterdam said it simply had no more room for the warehouses.

Then things got worse.

"Data centres will be a target," critical blogger Dwayne Monroe told AFP, saying the focus would only grow if Europe cannot fix its energy crisis.

Grassroots campaigns and local opposition have already helped to halt projects this year by Amazon in France, Google in Luxembourg and Meta in the Netherlands.

The Irish government, while reaffirming support for the industry, put strict limits on new developments until 2028.

These arguments are playing out most spectacularly in Ireland.

Activists are campaigning on a broad range of topics and using local forums to push their case.

"They take up a huge amount of space but provide basically no employment," says Madeleine Johansson, a Dublin councillor for the People Before Profit party, which is campaigning on the issue.

Johansson recently had a motion passed in her council area banning the centres, sparking an almighty row with the national government that is yet to be resolved. 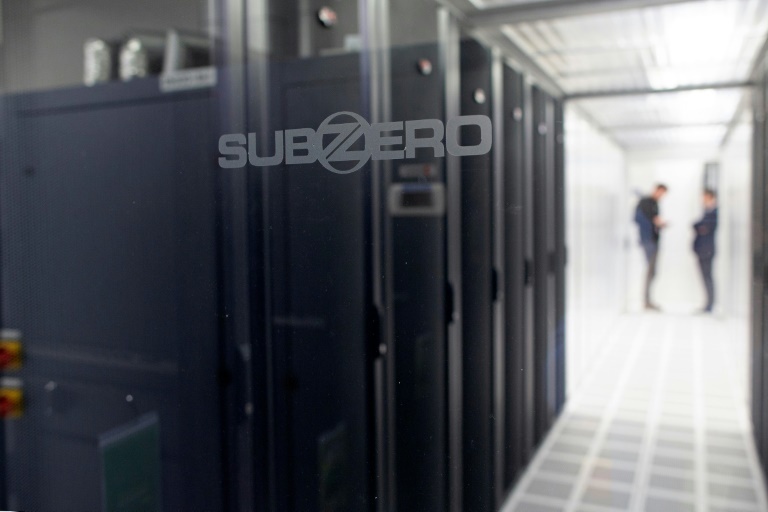 Dylan Murphy of Not Here, Not Anywhere, one of several climate groups pushing the issue in Ireland, has filed a motion in his local council in Fingal calling for companies to reveal the kind of information they are holding.

"There's a complete lack of transparency... about what data is actually being stored in these data centres," he said, calling it a "veil of shadow".

The data industry says revealing that information would be impossible.

Michael McCarthy of Cloud Infrastructure Ireland, a lobby group, said activists had lost the argument on sustainability and were now throwing everything at the wall.

"Data centres definitely are large energy users but they're part of a cohort of larger energy users," he said.

McCarthy and industry figures in other countries say the real problem is years of underinvestment in national energy infrastructure.

He also pointed out that the industry in Europe had pledged to become carbon neutral by 2030.

And there are still countries hankering to get data firms to locate there -- particularly Iceland and Norway.

Against this backdrop, the tech industry continues to innovate new products that invariably require vast amounts of processing power and data storage.

Machine-learning tools, for example, are hugely energy hungry -- Google said earlier this year they accounted for between 10 and 15 percent of its total energy usage.

The metaverse, an emerging concept for a 3D internet championed by Facebook owner Meta, would also be hugely energy intensive.

Critical blogger Monroe reckons the metaverse will buckle under its own weight, partly because of its data requirements.

"The construction of the metaverse would require Facebook to build out a distribution of data centres that would rival what Amazon, Microsoft and Google have done for their clouds," he said.

AFP contacted Meta for a response.

As far as the carbon footprint of such innovation goes, energy experts interviewed by AFP said it would be difficult to assess.

The metaverse, for example, could help to reduce emissions in other areas by reducing the need for travel.

An energy official who did not want to be named questioned whether data centres were the best target for criticism when cryptocurrencies were so wasteful.

While data centres used about one percent of global energy output in 2020, cryptocurrency mining used about half that amount, according to the International Energy Agency.

McCarthy said those who opposed data centres needed to reckon with just how embedded they had become in everyday life, particularly since the pandemic.

"They facilitate how we can work and live online, that's the reality of it," he said. Space invaders: How video gamers are resisting a crypto onslaught