Kate's daunting task of following Diana as Princess of Wales

As the new Princess of Wales, Prince William's wife Catherine is inevitably drawing comparisons with her superstar predecessor, William's late mother Diana, whose legacy still frames Britain's view of its royal family.. The Prince of Wales's wife becomes the Princess of Wales.

Outside Kensington Palace in London, where Diana continued to live after separating from the new King Charles III in 1992, members of the public voiced their views on the task facing Kate.

"Diana will never be forgotten. But I'm sure that she'll continue the legacy. And she'll be a wonderful tribute to Diana," said Keith Lowing, 73.

The retiree and his wife Kathleen were sat on a bench in the palace gardens, where Diana and King Charles's sons William and Harry unveiled a statue of the late princess only last year.

The death of Queen Elizabeth II on Thursday saw Britain enter a new era, after her 70 years on the throne.

But the accession of King Charles also heralded another symbolic change: the first Princess of Wales since Diana's death 25 years ago.

Before Diana, the previous Princess of Wales was Mary of Teck, from 1901 until 1910, when her husband became King George V.

- Helping those on the margins -

The title of Prince of Wales is granted by monarchs to their eldest living son.

Charles was created Prince of Wales aged nine in 1958, and, on his first full day as king, gave the title to 40-year-old William.

The Prince of Wales's wife becomes the Princess of Wales.

"Our new Prince and Princess of Wales will, I know, continue to inspire and lead our national conversations, helping to bring the marginal to the centre ground where vital help can be given," King Charles said on Friday.

Charles's second wife Camilla was entitled to use the style Princess of Wales after their wedding in 2005.

But she chose not to do so as the title was so strongly associated with Diana, who had publicly blamed Camilla for being the third person in her marriage to Charles.

Camilla used her husband's secondary title and became the Duchess of Cornwall.

"The problem of comparison with Diana won't arise because Kate is not Camilla -- and because things have moved on," royal commentator Richard Fitzwilliams told The Guardian newspaper.

That said, Diana remains a revered figure in Britain and around the world. 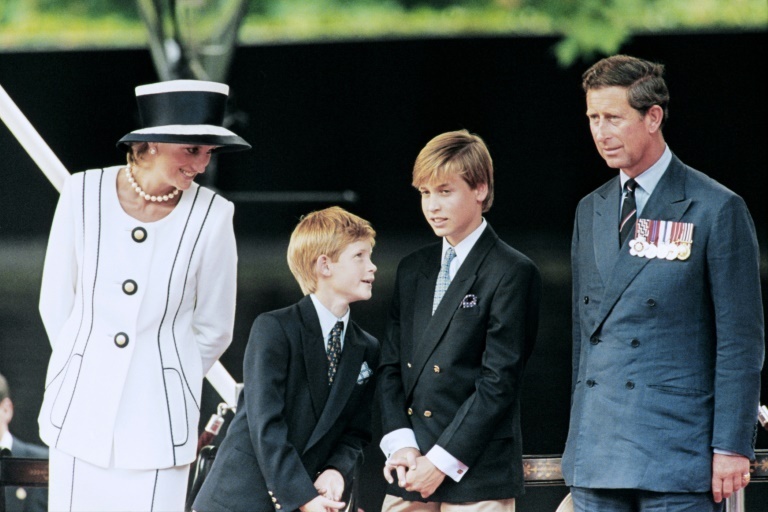 Her tragic death aged 36 in car crash in Paris on August 31, 1997 left her frozen in time and a near-saintly figure to many.

"Diana was a very important princess and was very much loved by the public. She doesn't represent the crown so much as the people," Maria Aragon, a 21-year-old Spanish tourist, told AFP outside Kensington Palace.

Not far from the new Diana statue, Rebecca Brunswig, a 74-year-old US tourist, recalled her "many humanitarian visits", her commitment to AIDS sufferers and her "wonderful compassion for the less fortunate".

Even before Catherine married William in 2011, questions arose as to whether she could ever measure up to Diana, whose engagement ring she wears.

Since joining the royal family, Kate has conducted herself with poise and projected a happy family image, choosing her charitable engagements carefully as she raises Princes George and Louis and Princess Charlotte.

Fitzwilliams said: "Kate has been increasingly hands-on and has shown a particular interest in early-years development, so I imagine she would like her legacy to show that she made a difference in that area."

But a palace source sought to dampen down Diana comparisons.

"The new Princess of Wales appreciates the history associated with this role," the source told reporters.

"But she will understandably want to look to the future as she creates her own path."

"I love Diana, I also love Kate, but I don't think you can compare them, and people shouldn't. They will have to give Kate the chance to be Kate."

A YouGov poll earlier this year put Kate as the most popular member of the royal family -- on a 68 percent approval rating -- after Queen Elizabeth, on 75 percent.

Experts believe she can now anchor the British royal family's popularity, as Diana once did.

Robert Hazell, a constitutional expert at University College London, said Kate would privately be a good sounding board for William in the "lonely" position of Prince of Wales and heir to the throne.

Publicly, "the younger royals help to maintain the popularity of the royal family among younger people", he added. Princess of Wales: from commoner to future queen