A prominent Republican senator introduced a bill on Tuesday that would ban abortion after 15 weeks of pregnancy in all 50 US states.

The proposed legislation, which has no chance of passage in the Democratic-held Senate, came under immediate fire from the White House and Democratic lawmakers.

Abortion rights have been in the spotlight since the Supreme Court struck down the constitutional right to the procedure in June, leaving the decision on whether to allow it to individual states.

The bill proposed by Lindsey Graham, a Republican senator from South Carolina, would make abortion illegal after 15 weeks nationally except in cases of rape, incest or to save the life of the mother.

Graham, an ally of former president Donald Trump, said such a law would "get America at a federal level that is fairly consistent with the rest of the world."

Graham's bill would leave in place, however, the even more severe restrictions on abortion enacted in about a dozen conservative states since the Supreme Court decision.

But it would restrict abortion in a number of Democratic-led states in which the procedure is currently allowed after 15 weeks.

Abortion rights have become a hot-button issue ahead of November's mid-term elections and Graham's move is an apparent attempt to strike a middle ground and quell a potential backlash against the Republican Party over its hardline anti-abortion stance.

Graham had previously said abortion should be decided by the states, and Senate minority leader Mitch McConnell told CNN on Tuesday that most Republican members of the body believed it should still be regulated at the state level.

Democrats, who have been using the abortion issue to mobilize voters in November, immediately condemned Graham's bill.

White House Press Secretary Karine Jean-Pierre said it would "strip away women's rights in all 50 states" and was "wildly out of step with what Americans believe."

Nancy Pelosi, the Democratic speaker of the House of Representatives, said that "if Republicans get the chance, they will work to pass laws even more draconian than this bill -- just like the bans they have enacted in states like Texas, Mississippi and Oklahoma." 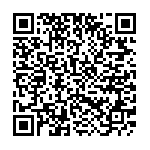