China's President Xi Jinping arrived in ex-Soviet Kazakhstan Wednesday in the Chinese leader's first trip abroad since the early days of the coronavirus pandemic.. Xi, in an article for Chinese state media ahead of the trip, said Beijing was prepared to work with Kazakhstan to "deepen cooperation in law enforcement, security and defence".

Xi, during his three-day visit to Central Asia, is scheduled to attend a summit of Shanghai Cooperation Organisation (SCO) in Uzbekistan, where he is expected to meet with Russian leader Vladimir Putin.

Their highly-anticipated meeting comes as Russia is suffering serious setbacks in Ukraine, but China has stood firm in its support of President Vladimir Putin and a "no limits" friendship.

The Chinese leader's plane touched down in the Kazakh capital Nur-Sultan around 0830 GMT, and he was greeted on the red-carpeted runway by President Kassym-Jomart Tokayev.

Both leaders and their respective delegations -- as well as the guard of honour that met Xi on arrival -- were wearing masks.

Xi, in an article for Chinese state media ahead of the trip, said Beijing was prepared to work with Kazakhstan to "deepen cooperation in law enforcement, security and defence".

He said also China wanted to work with Kazakhstan on drug trafficking and transnational organised crime as well as what China calls the "three evils".

China's government has previously used the term "three evils" -- defined as terrorism, separatism and religious extremism -- to refer to its crackdown in its far western region of Xinjiang, which borders Kazakhstan.

Beijing stands accused of detaining over one million Uyghurs and other Muslim minorities in Xinjiang -- including some Kazakhs -- under a years-long security campaign that the United States and some lawmakers in other Western countries have labelled a "genocide".

China vociferously denies the allegations, saying its actions are aimed at combating terrorism.

The highlight of Xi's trip however was expected later in Uzbekistan, where he is due to meet with Putin, Tokayev and leaders from India, Pakistan and three more ex-Soviet Central Asian countries.

The SCO was established in 2001 as a political, economic and security organisation to rival Western institutions.

Xi wrote ahead of the visit that the group had "set a fine example of a new type of international relations featuring mutual respect, fairness, justice and win-win cooperation, and proved itself an important and constructive force".

Those were comments echoed by the Kremlin's foreign policy advisor Yuri Ushakov who told reporters in Moscow that the SCO members "stand for a just world order".

"The SCO offers a real alternative to Western-centric organisations," he added.

Ushakov said that among Putin's meeting in Samarkand this week, his talks with Xi would be "of particular importance," focusing on the conflict in Ukraine and Russia's growing economic ties with China.

In a separate article for Uzbek media, Xi pledged to "strengthen security cooperation and resolve risks and challenges" and said Uzbekistan had a "unique role to play in resolving the Afghanistan issue", CCTV reported.

"The two sides must take a clear stand against any forces undermining the regional security situation," CCTV reported Xi as writing.

The ex-Soviet Central Asian region is also key to China's Belt and Road Initiative, a trillion-dollar push to improve trade links across the globe by building landmark infrastructure. 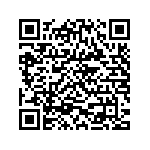