Russian President Vladimir Putin and Chinese leader Xi Jinping called for a shake-up of the world order as they met with Asian leaders Friday for a summit challenging Western influence.. The meeting of the Shanghai Cooperation Organisation (SCO) in ex-Soviet Uzbekistan brought Putin and Xi together with the leaders of SCO members India, Pakistan, and four Central Asian nations, as well as the presidents of Iran and Turkey.

Russian President Vladimir Putin and Chinese leader Xi Jinping called for a shake-up of the world order as they met with Asian leaders Friday for a summit challenging Western influence.

The meeting of the Shanghai Cooperation Organisation (SCO) in ex-Soviet Uzbekistan brought Putin and Xi together with the leaders of SCO members India, Pakistan, and four Central Asian nations, as well as the presidents of Iran and Turkey.

Putin and Xi met on Thursday for their first face-to-face talks since the start of the conflict in Ukraine, and on the Chinese leader's first trip abroad since the early days of the coronavirus pandemic.

The summit has been put forward as an alternative to "Western-centric organisations", at a time of increasing pressure on Moscow over Ukraine and growing anger in Beijing over US support for Taiwan.

Xi told leaders at the summit that it was time to reshape the international system and "abandon zero-sum games and bloc politics".

Leaders should "work together to promote the development of the international order in a more just and rational direction," Xi said.

Putin hailed the growing influence of countries outside the West, slamming what he called "instruments of protectionism, illegal sanctions and economic selfishness".

"The growing role of new centres of power who cooperate with each other... is becoming more and more clear," Putin said.

The summit has been Putin's first major international outing since Moscow sent troops into Ukraine in February, sparking a conflict that has left thousands dead and seen Russia hit with waves of economic sanctions.

Xi on Thursday said China was willing to work with Russia to support "each other's core interests", though Putin admitted that Beijing had "concerns" about the situation in Ukraine that he would address. 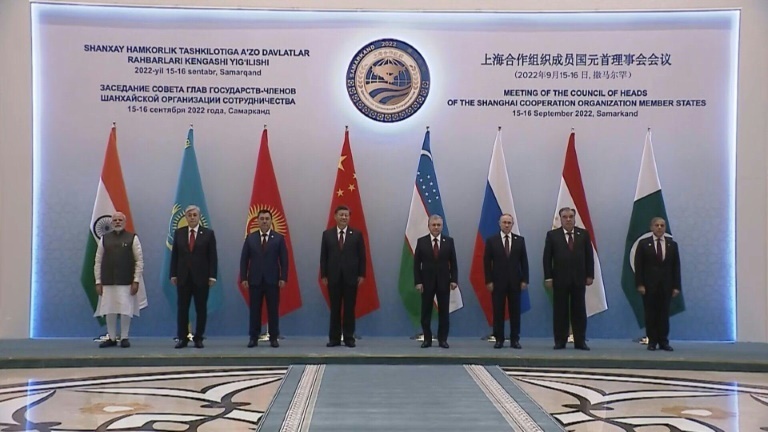 The SCO -- which also includes Kazakhstan, Kyrgyzstan, Tajikistan and Uzbekistan -- was set up in 2001 as a political, economic and security organisation to rival Western institutions.

In a sign that the bloc is far from fully united, clashes escalated along the borders of Kyrgyzstan and Tajikistan on Friday, with both sides accusing the other of responsibility and of using heavy weapons.

Putin was due later Friday to meet with Indian Prime Minister Narendra Modi and Turkish President Recep Tayyip Erdogan, who has been a key broker in deals between Russia and Ukraine on issues like grain shipments.

Erdogan told leaders at the summit that efforts were being made "to finalise the conflict in Ukraine through diplomacy as soon as possible".

Xi met with Erdogan on Friday, calling for more "political mutual trust" between the two countries and pushing for more cooperation on his signature Belt and Road global trade initiative.

Xi was also set to have his first face-to-face discussion with Iranian counterpart Ebrahim Raisi on Friday, after Raisi met Putin on Thursday.

For Xi, the summit was an opportunity to shore up his credentials as a global statesman ahead of a pivotal congress of the ruling Communist Party in October, where he is widely expected to secure an unprecedented third term as president.

For Putin, it was a chance to show that he is not fully isolated on the global scene, at a time when his forces in Ukraine are facing major battlefield setbacks.

Other nations sounded alarm about deepening ties between Moscow and Beijing. 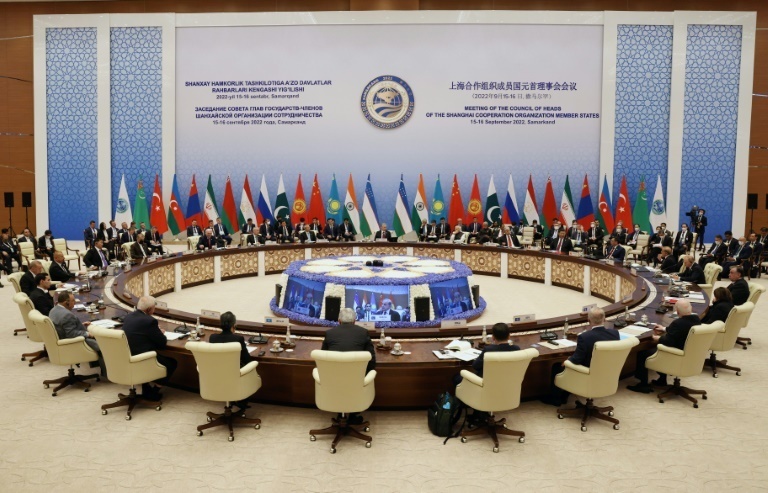 He also took note of Putin's mention of Chinese "concerns" about Ukraine in his talks with Xi, suggesting the "striking" admission showed Moscow did not have Beijing's full support for its military campaign.