Here is a timeline of Queen Elizabeth II's death, including her final days and the aftermath of her passing aged 96, after more than 70 years on the throne.. - September 7 - Her final public statement, as queen of Canada, is a message of condolence for victims of a fatal stabbing rampage in Saskatchewan.

Here is a timeline of Queen Elizabeth II's death, including her final days and the aftermath of her passing aged 96, after more than 70 years on the throne.

The queen receives Boris Johnson at her Balmoral private retreat in the Scottish Highlands, to accept his resignation as prime minister. 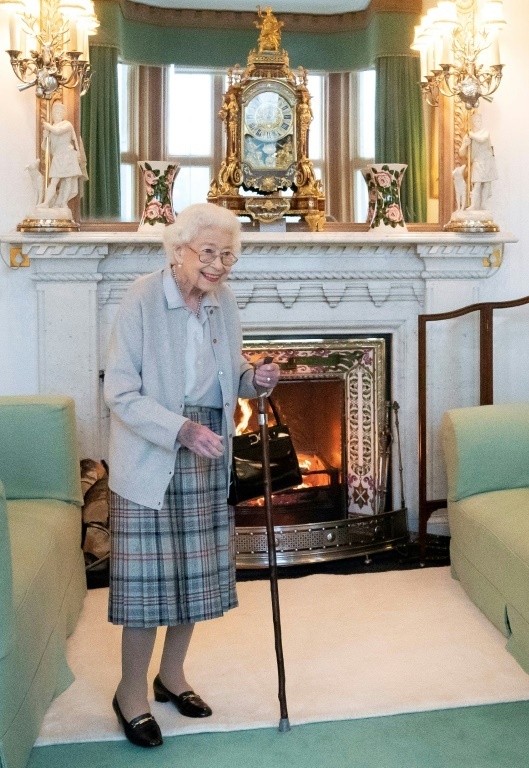 Her final public statement, as queen of Canada, is a message of condolence for victims of a fatal stabbing rampage in Saskatchewan.

The queen pulls out of an online meeting of the Privy Council formal body of advisers.

"After a full day yesterday, Her Majesty has this afternoon accepted doctors' advice to rest," Buckingham Palace says.

Buckingham Palace issues a statement at 12:30 pm saying that doctors were concerned for her health and recommended she remain under medical supervision.

"The queen remains comfortable and at Balmoral," it says.

Her death is announced publicly at 6:30 pm.

"The Queen died peacefully at Balmoral this afternoon," the statement says.

Her daughter Princess Anne was with her during her last 24 hours. 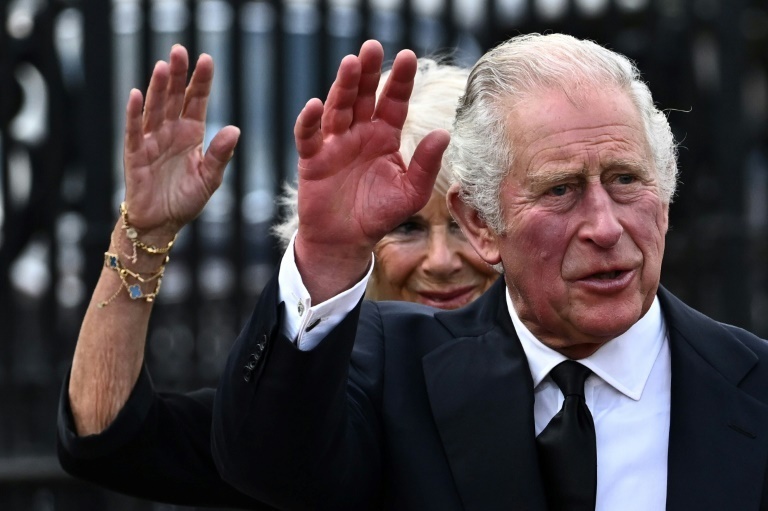 King Charles and his wife Camilla, the Queen Consort, travel from Balmoral to Buckingham Palace in London where they greet mourners outside the gates.

The king meets Truss then pays tribute to his mother in a televised broadcast.

He renews her promise of lifelong service and pledges to uphold Britain's constitutional principles.

He makes his eldest son Prince William the Prince of Wales.

A prayer service at London's St Paul's Cathedral is attended by senior politicians. The ceremony sees the first official singing of "God Save The King" since 1952. 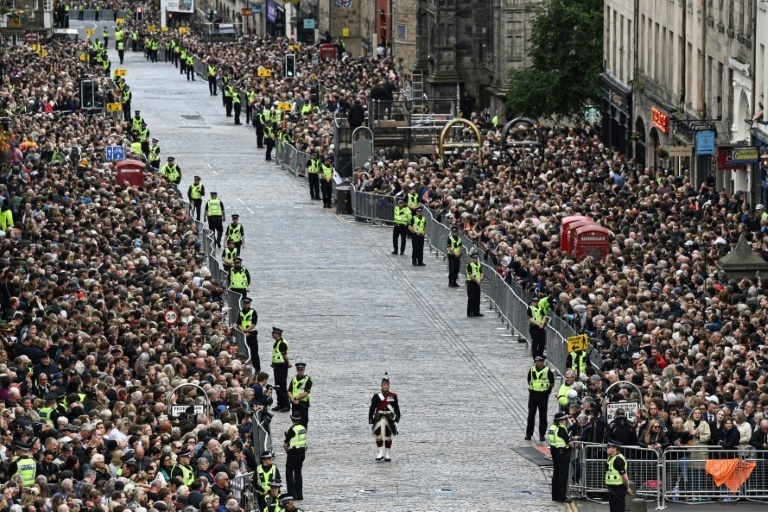 King Charles is formally proclaimed as the new monarch in a ceremony in London.

Twenty-one gun salutes are fired around the country.

In a rare show of unity, the king's warring sons, Princes William and Harry, and their respective wives Catherine and Meghan, view the floral tributes outside Windsor Castle.

Queen Elizabeth's coffin is driven from Balmoral to the Palace of Holyroodhouse in Edinburgh, the monarch's official residence in Scotland. Anne accompanies the cortege. 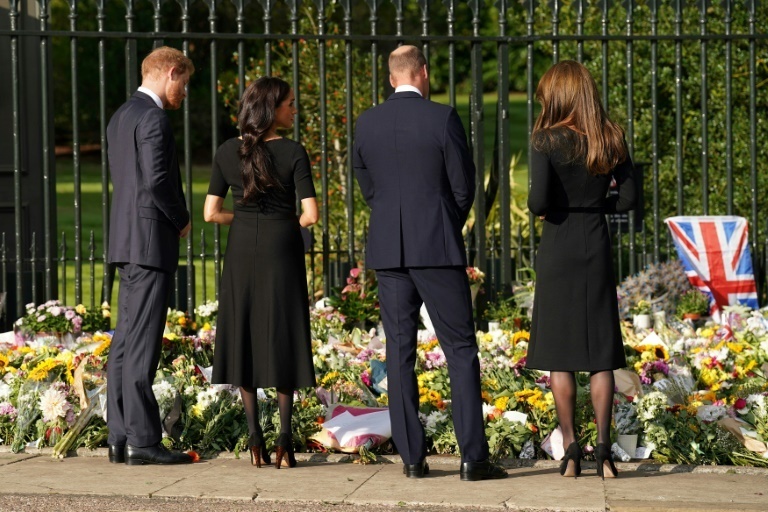 King Charles addresses both houses of parliament in Westminster Hall in London.

The king and queen consort fly to Edinburgh.

Members of the royal family attend a service celebrating her life.

The first of 33,000 mourners file past the coffin in the cathedral. For around 10 minutes, Queen Elizabeth's children mount the guard around her casket. 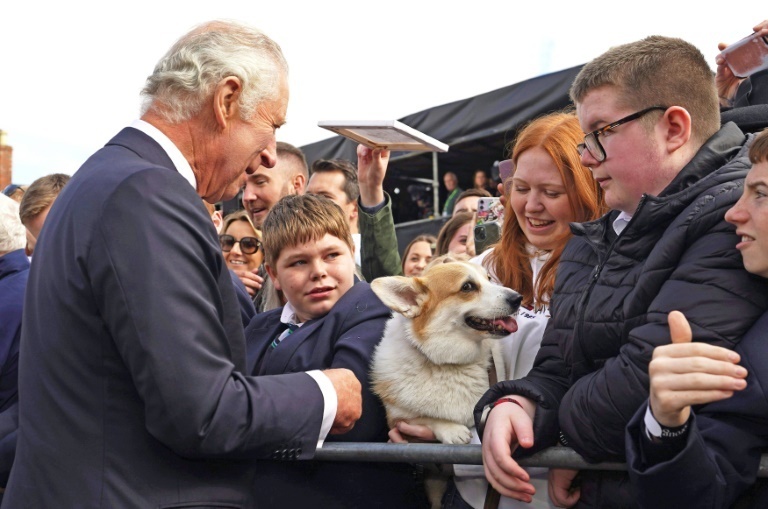 The king and queen consort fly to Belfast.

The king meets Northern Irish lawmakers and delivers a speech. He shakes hands with Irish President Michael D. Higgins at a service at St Anne's Cathedral -- the first foreign head of state to meet the new king.

Queen Elizabeth's coffin, accompanied by Anne, is flown from Edinburgh to London on a military transport plane. It is then driven to Buckingham Palace.

In a procession from Buckingham Palace, the coffin is taken on a gun carriage to lie in state at Westminster Hall.

The first in a continuous stream of people lasting until September 19 file past the coffin to pay their last respects. 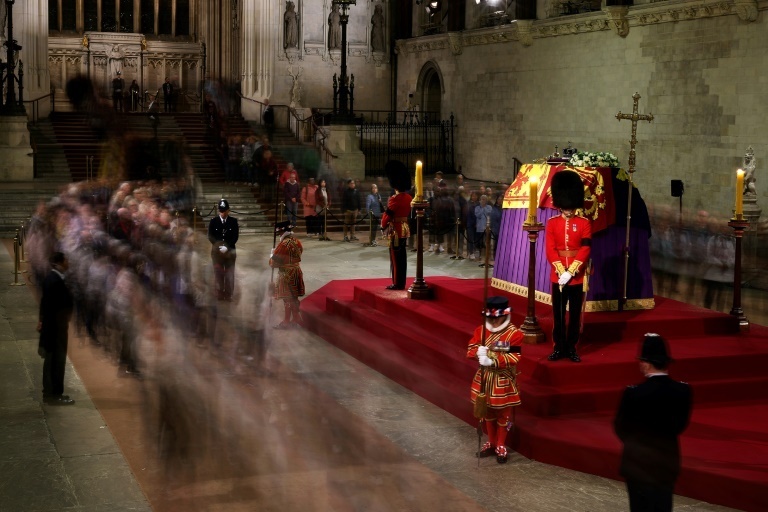 The first details from the funeral plans are laid out by the Earl Marshal, Edward Fitzalan-Howard, Duke of Norfolk.

Following the September 19 funeral, Queen Elizabeth will be buried alongside her husband Prince Philip, her parents and her sister's ashes at St George's Chapel in Windsor Castle.

King Charles is greeted by large crowds in Cardiff. The former prince of Wales makes a speech at the devolved Welsh Assembly in English and in Welsh.

In London, the new Supreme Governor of the Church of England, who assumes the title Defender of the Faith, tells religious leaders he sees it as his sovereign "duty" to protect other faiths too.

Charles and his siblings stand guard around the coffin in a solemn tradition known as the Vigil of the Princes. 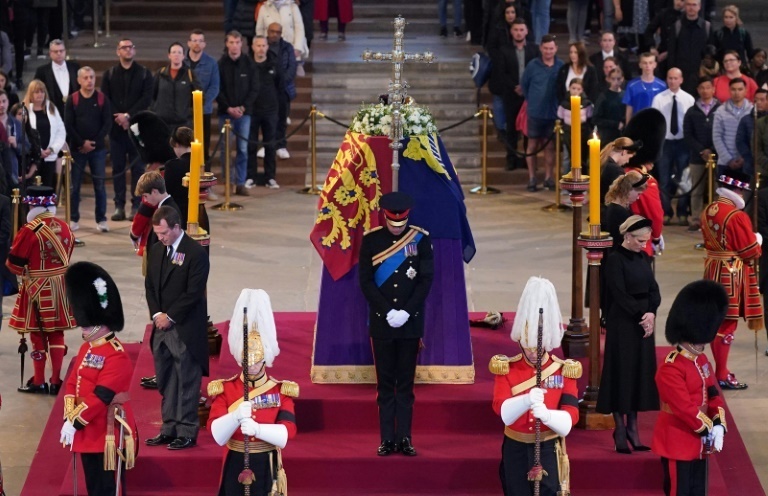 Queen Elizabeth's eight grandchildren, aged from 44 to 14 and led by William and Harry in their military uniforms, mount a vigil around the coffin.

Charles and William make an unscheduled visit to greet people waiting in the queue.

US President Joe Biden pays his respects at the coffin, and hails Queen Elizabeth's notion of service.

Charles holds a reception for visiting royalty and heads of state at Buckingham Palace on the eve of the funeral.

A national silence is held at 8:00 pm to remember Queen Elizabeth. Gibraltar 'under cloud of sorrow' over queen's death