Queen Elizabeth II's great-grandchildren George and Charlotte attended her funeral on Monday, signalling the more prominent role they will now play as the children of the first in line for the throne.. The children often saw their great-grandmother the queen.

Queen Elizabeth II's great-grandchildren George and Charlotte attended her funeral on Monday, signalling the more prominent role they will now play as the children of the first in line for the throne.

The two eldest children of the Prince and Princess of Wales joined the funeral procession as it entered and left Westminster Abbey.

Prince George, nine, and Princess Charlotte, seven, walked with their mother Catherine, Princess of Wales, and father William, Prince of Wales, who became first in line for the throne after Charles's accession.

George, now second in line to the throne, wore a dark suit and tie with his hair brushed and parted on one side. Strikingly resembling his father at the same age, he looked grave.

His sister Charlotte wore a black dress and hat. Their younger brother Louis, four, did not take part. 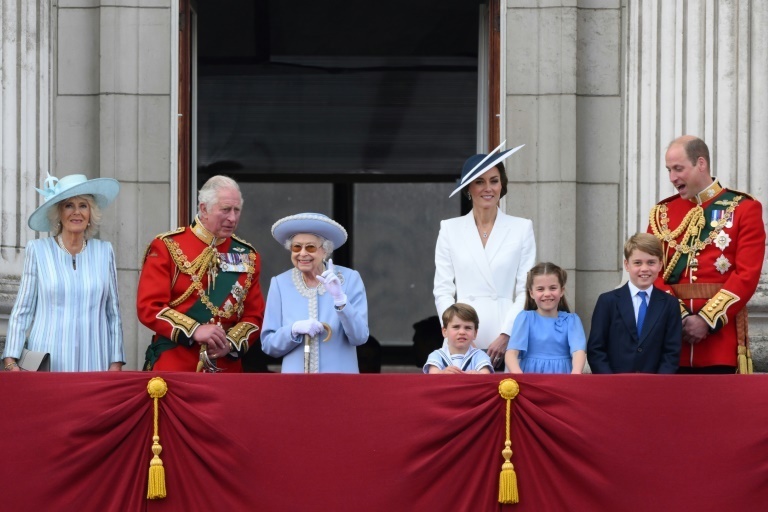 The children often saw their great-grandmother the queen.

Their mother Catherine said in a documentary for the queen's 90th birthday in 2016 that the monarch was one of the first visitors when she gave birth to Charlotte and was "really thrilled".

She revealed that George called his great-grandmother Gan-Gan.

"She always leaves a little gift or something in their room when we go and stay and that just shows her love for her family," she added.

William said in a statement on the Queen's death: "My three children have got to spend holidays with her and create memories that will last their whole lives."

The children were shown attentively looking at the order of service, seated with their mother and father, and following the coffin out of the cathedral.

Afterwards, they followed the procession in a car with their mother and Queen Consort Camilla.

While George and Charlotte are much younger, the funeral scenes evoked memories of William and his brother Harry walking behind the coffin of their mother Diana, princess of Wales, in 1997, when they were aged 15 and 12 respectively.

William told members of the public that walking behind the queen's coffin when it was taken in a procession from Buckingham Palace to Westminster Wednesday had "brought back a few memories" of his mother's funeral.

While British media does not show William and Catherine's children going about their daily lives, the two eldest children have been in the spotlight as they attended major public events recently.

At celebrations for the queen's Platinum Jubilee in June, they looked at times extremely bored during an open-air concert featuring ageing pop stars outside Buckingham Palace.

George also went to the European Championship final at Wembley with his parents in July, jumping for joy when England scored and wearing a double-breasted jacket and tie, an outfit that was a miniature version of his father's. 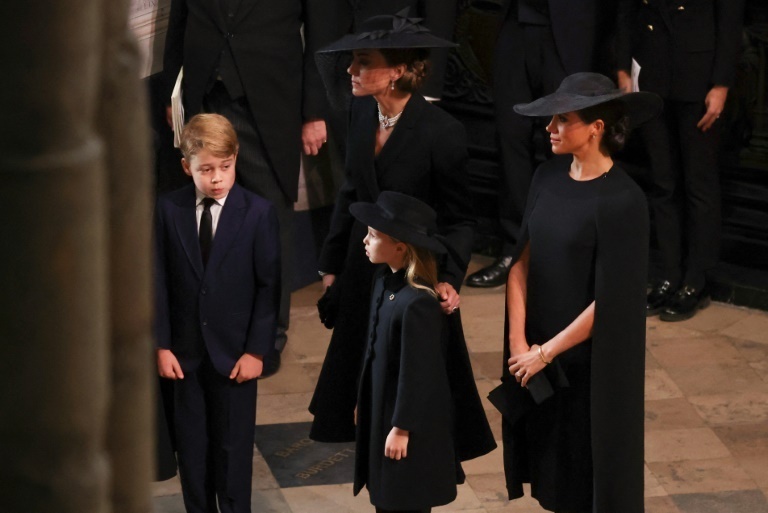 All three children recently started a new school together near Windsor after their parents opted to make their main home there this summer, without live-in servants.

They attend a costly private school with spacious grounds that include a golf course.