Bookish and fervently pro-European, former premier Enrico Letta returned from self-imposed exile to take the fight to Italy's far-right as leader of the centre-left Democratic Party.. He was deputy head of the Democratic Party when, after inconclusive results in 2013 general elections, he was called by Italy's president to become premier.

Bookish and fervently pro-European, former premier Enrico Letta returned from self-imposed exile to take the fight to Italy's far-right as leader of the centre-left Democratic Party.

Since snap elections were called for September 25, the 56-year-old has emerged as the main rival to Giorgia Meloni, whose post-fascist Brothers of Italy party looks set to lead her right-wing coalition to power.

Letta has long been a fixture in Italian politics, becoming the republic's youngest ever minister in 1998, at 32, before rising to become premier in 2013 -- only to be forced out within a year by a party rival.

He moved to Paris, heading up the School of International Affairs at Sciences Po for six years from September 2015, returning last year to take the helm of his Democratic Party.

Letta, a restrained, bespectacled expert in international law, has warned the prospect of a far-right victory threatens democracy and Italy's place in the post-war order, from the European Union to NATO.

Opinion polls suggest the Democratic Party, allied with the ecological far-left, has almost no chance of catching up with Meloni and her allies, Matteo Salvini's anti-immigrant League and Silvio Berlusconi's Forza Italia.

But Letta, who is campaigning on a platform of social justice, the environment, civil rights and help for young people, is pinning his hopes on the substantial minority of voters who have yet to decide.

Born in Pisa on August 20, 1966, Letta spent a large part of his childhood in the western French city of Strasbourg.

He was an active member of the Christian Democratic party -- heading its European youth wing -- in the final years before it collapsed in a storm of corruption scandals.

He was deputy head of the Democratic Party when, after inconclusive results in 2013 general elections, he was called by Italy's president to become premier.

His uncle was Gianni Letta, a close advisor of former premier Berlusconi, who was part of the new government.

This connection did not prevent Letta from being one of Berlusconi's strongest critics.

Within months of taking office, however, the even more youthful Matteo Renzi, then mayor of Florence, took over the Democratic Party leadership, challenged Letta and eventually replaced him as premier.

Asked about this painful episode a decade later -- by which time Renzi had left the Democratic Party and started his own movement -- Letta expressed no resentment.

Letta has written numerous books about the challenges facing Italy and Europe, although he is also a big fan of comics.

He has rejected the "personality politics" of his rivals, refusing to put his name on the party logo and arguing that its policy platform must speak for itself.

But he has also admitted having to learn to become "less shy and more decisive". 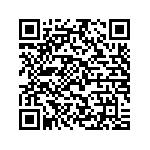